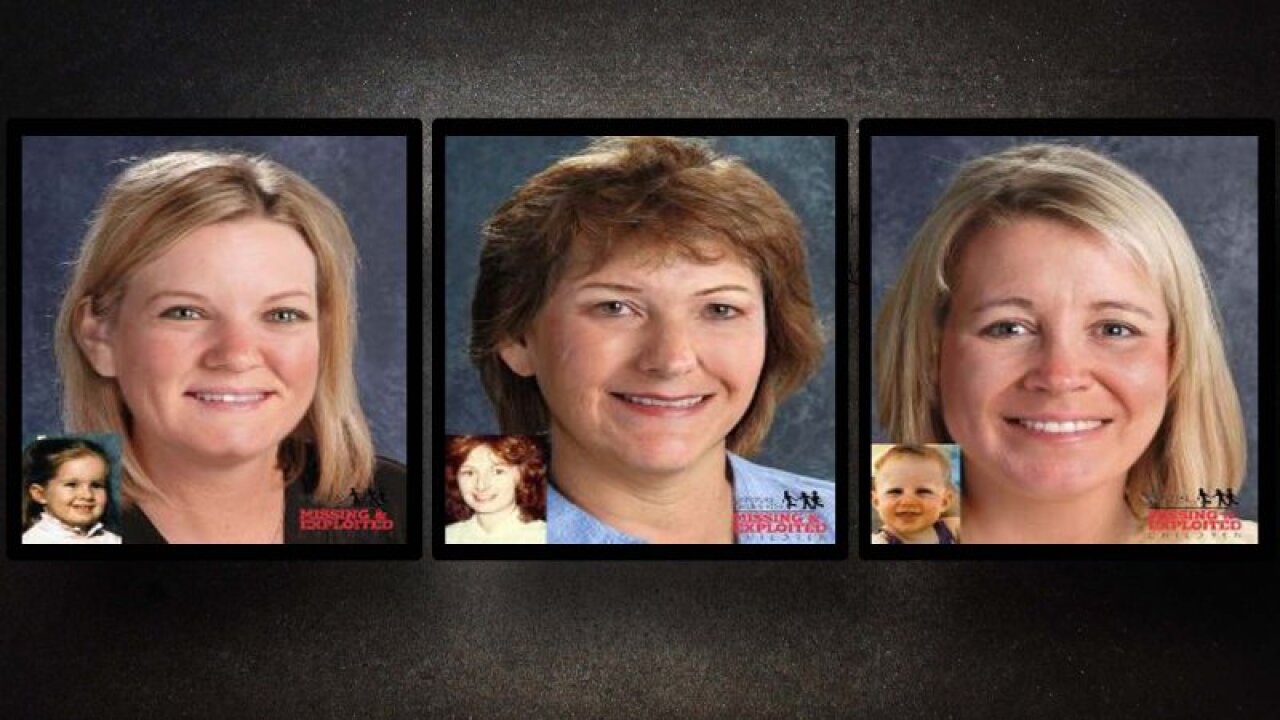 HOUSTON — Two sisters, who were reported missing from Rhode Island more than three decades ago, have been found alive in Houston.

Kelly Yates and her sister, Kimberly Yates, were allegedly abducted by their fugitive, non-custodial mother, Elaine Carolyn Yates, who police have arrested.

Mugshot of Elaine Yates after her arrest in January 2017.

Their father, Russell Yates, filed a missing persons report for the girls on Aug. 26, 1985. The girls were 3 years old and 10 months old at the time.

In November of 1988, authorities issued a felony warrant for Elaine Yates after their father received legal custody of the children and contacted police, who began searching for her on two counts of child snatching.

Authorities believe Elaine Yates left the home with her daughters after having a domestic dispute with their dad.

In Dec. 2016, members of the Rhode Island State Police received information on the possible whereabouts of the mother and children. With the assistance of the Texas Department of Public Safety, authorities tracked down Elaine Yates and the two sisters – all living under assumed identities – in the Houston area.

The girls' mother was using the name Leina Waldberg, police said.  She was taken into custody a month later without incident. After confirming her true identity, the mother, who is now 69 years old, was charged.

Elaine Yates waived extradition and is currently being transported back to Rhode Island, where a formal arraignment will be held.

Kelly, now 32, and Kimberly, 35, both use different names and were not living with their mother, their father told the Providence Journal.  Both women also have families of their own now.

"I always hoped this day would happen," Yates told the paper, "and now I hope they [his daughters] will want to get in touch with me."