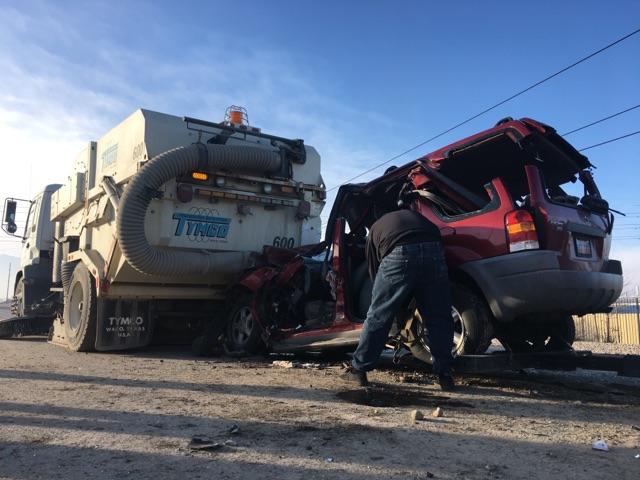 WEST VALLEY CITY — Lanes of 5400 South were closed near the Mountain View Corridor Wednesday as crews responded to a crash involving an SUV and a street sweeper, and a teenage girl was taken to a hospital in stable condition.

West Valley City Police say a 17-year-old girl from Kearns was driving an SUV and rear-ended a street sweeper. She has been taken to a hospital in stable condition.

Lane closures were in effect shortly after the crash, which Fox 13 News first heard reports of shortly after 4 p.m.  By 4:35 p.m., police stated the lanes were opening again as crews cleared the crash scene.

Fox 13 News has reached out to authorities for more information, and we will update this story as more details emerge.