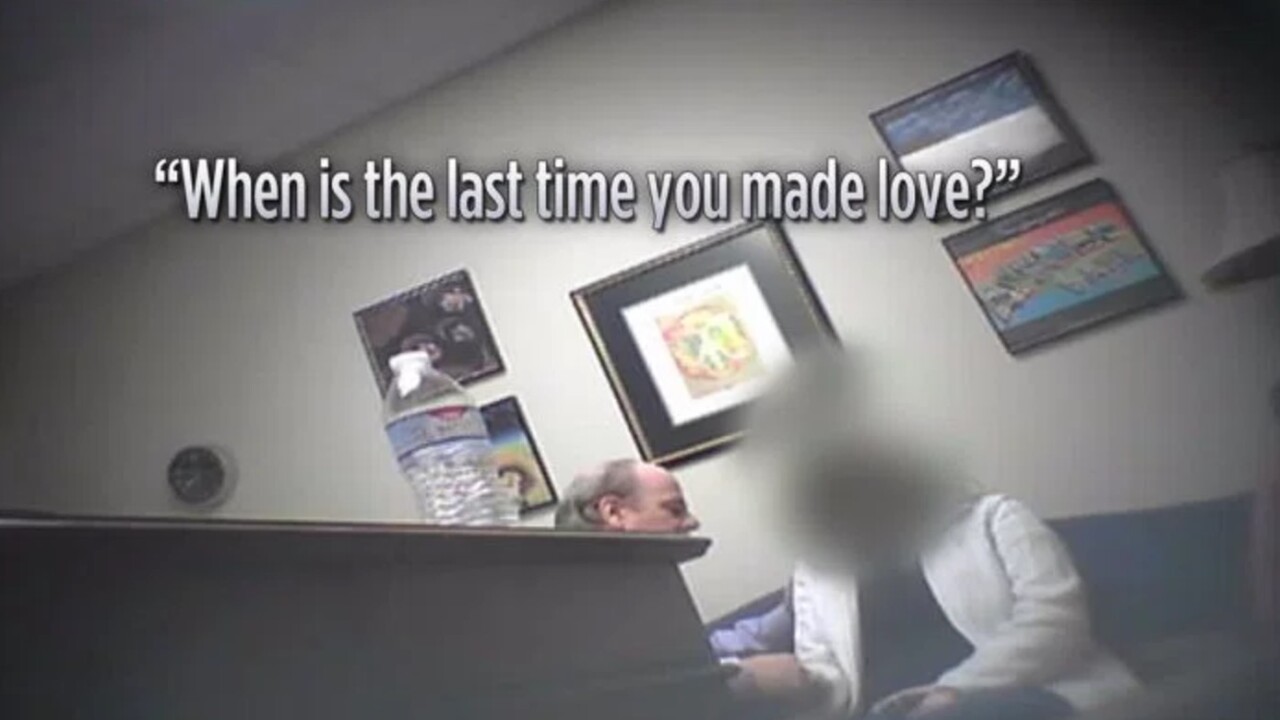 SHEFFIELD, Ohio -- A disturbing video released on Tuesday shows an Ohio lawyer attempting to hypnotize a female client for his own sexual pleasure, according to WJW.

Police set up a sting in November 2014 after a woman claimed Michael Fine, a former divorce attorney, used hypnosis in an attempt to take advantage of her sexually. The victim returned to Fine's office with a hidden camera to help police with their investigation.

"Let's take a deep breath ... one more time.  Ok, I gotta calm down, let's do this together," Fine can be heard telling the victim in the video.

Prosecutors say the victim went to police when she realized she had lost track of time after a previous meeting, and her clothing was disheveled. When the relaxation session moved to the couch, it became more sexual, the victim told police.

"When is the last time you made love? Every time I touch you, it's gonna be an incredible sensation. At the count of three, you won't be able to control yourself."

After a few minutes, Fine wakes the woman out of her "trance" and begins discussing papers they need to "go over." A few seconds later, police enter the room and arrest Fine.

"He used my trust and his position as my attorney to gain information about my vulnerabilities. He then used that information not only to protect and defend me, but also to manipulate, hurt and take advantage of me," said one of the victims when she spoke at Fine's sentencing hearing in November.

In September, Fine pleaded guilty to hypnotizing five other women. He was sentenced to 12 years in prison.