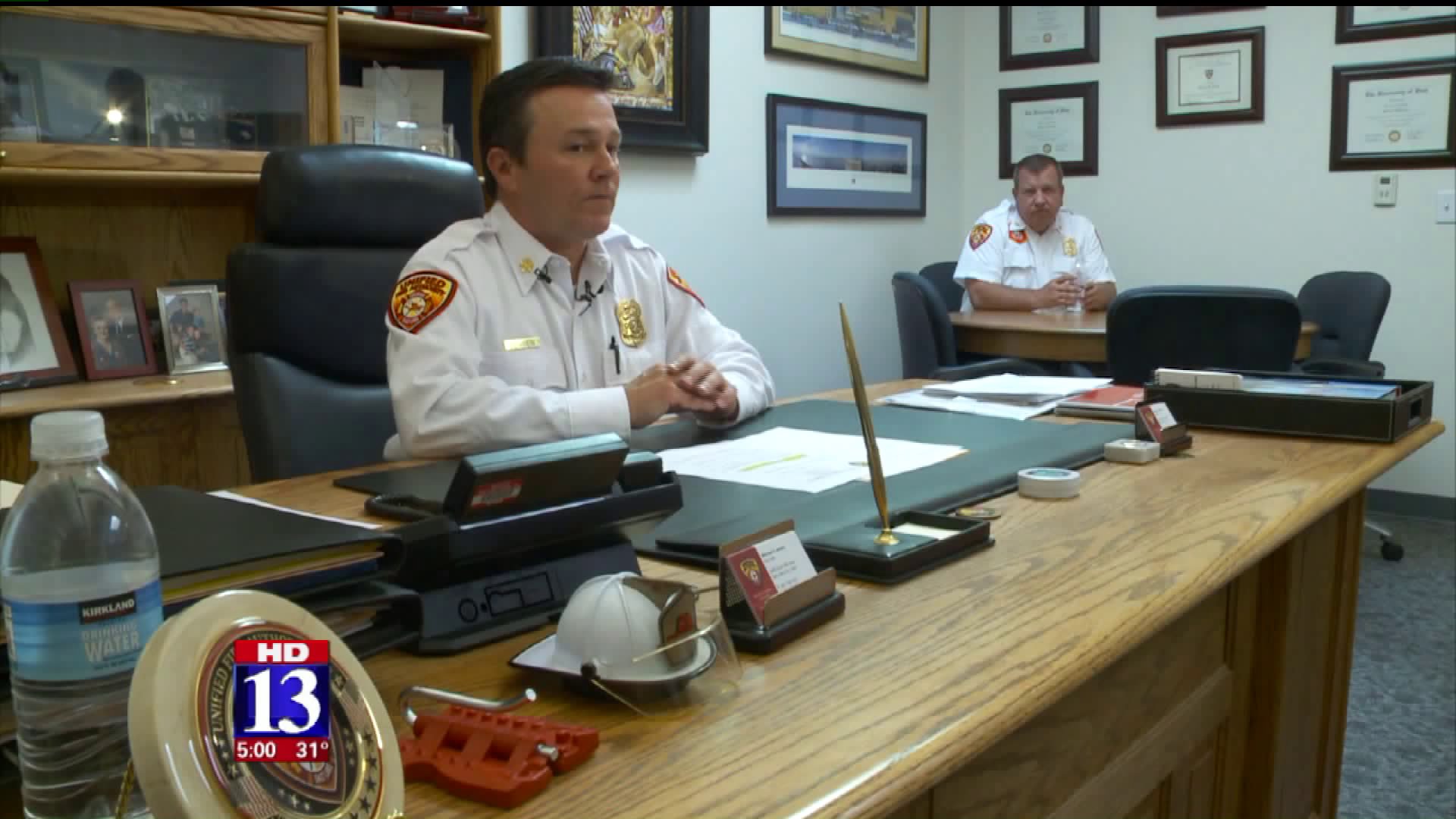 SALT LAKE CITY -- A pair of audits of the Unified Fire Authority and its service area claim to have found misuse of public funds, improper trips and even pornography on taxpayer-purchased computers. The Utah State Auditor is suggesting prosecutors conduct a criminal investigation.

Jensen and Scott have left the Unified Fire Authority. In an interview with FOX 13 on Wednesday, Utah State Auditor John Dougall said a criminal investigation by either the Salt Lake County District Attorney or Utah Attorney General is recommended based on the findings.

"The former chief and deputy chief seemed to treat UFA as a personal piggy bank for a culture of excess and a sense of entitlement," Dougall said.

Salt Lake County District Attorney Sim Gill said his office will look at the audit and determine if a criminal probe is necessary. In an interview with FOX 13 late Wednesday, Jensen defended his work as Unified Fire Authority chief.

"It is not representative of the work that I did at the UFA," Jensen said Wednesday. "I think it has distortions and mischaracterizations, just some flaws in it. There are reasonable explanations to everything that's in the audit."

Jensen said he cooperated with auditors, but was frustrated that he was not able to respond to its findings like others were and had to read it when it was made public. Jensen said he was still reviewing it and would not go into details of the accusations.

"I stayed within my scope," he said. "There's explanations for everything in the audit. I don't want to go into a lot of detail because I haven't had a chance to review it thoroughly."

The audit is damning in its allegations. It accused the Unified Fire Authority board of being essentially blind to misuse of government equipment, devices and travel by the chief and his deputy chief. Trips were taken to Morocco and Kyrgyzstan at the request of the Montana and Utah National Guards. However, the audit said, "nearly all Board members were unaware of the purpose and location of this foreign travel."

The audit accused the chief and deputy chief of using a trip to Phoenix to look at new fire stations as an excuse to attend baseball spring training on taxpayer dime.

"A day trip, resulting in no hotel stays, would have been reasonable given the business itinerary. However, the former Chief and former Deputy Chief sought reimbursement for travel to Phoenix from March 4, 2013 to March 10, 2013. It appeared the primary purpose of the trip was to attend baseball spring training," the audit claimed.

"Upon termination, the former Chief and the former Deputy Chief returned most of the UFA-owned technology. The computing devices returned had been erased; however, we were able to recover much of the data using a professional forensics team," the audit said.

It claimed to have found evidence of "personal family business," solicitation of campaign donations on Jensen's devices, and pornographic images on a computer belonging to Scott.

"The former Deputy Chief’s improper use of his UFA computers likely resulted in a $600 plus payment using UFA funds for ransomware," the audit said.

In a response to the audit, UFA Board Chair Sheldon Stewart said action would be taken to remedy the accusations.

"We are deeply troubled and disappointed with not only the volume of findings, but also the specific actions and behaviors of the executive leadership as detailed within the report. The Board recognizes that, to varying degrees, each Board member placed trust in the executive leadership’s ability to fulfill their fiduciary responsibilities in leading the organization," he wrote.

The Unified Fire Service Area is created to provide service to five cities and the unincorporated area of Salt Lake County. Its funding is largely generated through property taxes. An audit of that entity found that the UFA's Chief Legal Officer and Chief Financial Officer "failed to adequately inform the board of ongoing concerns."

Read the audit of the Unified Fire Service Authority here:

Like the UFA audit, the one conducted on the UFSA accused the former clerk of improperly using a government-purchased computer for electioneering. The clerk's devices were also deleted, and pornographic images were recovered, the audit claimed.

The UFSA audit also found that the construction of the Taylorsville fire station did not follow state procurement laws, suggesting it cost taxpayers more than it should have. It leveled blame on the board of the UFSA for lack of oversight.

In a response to the audit, UFSA Board Chairwoman Coralee Moser (a Herriman City Councilwoman) said it has "acted promptly and aggressively to restructure the administration."

"The Board recognizes its deficiencies in lacking sufficient oversight to have prevented these problems," she wrote. "We are deeply disappointed in the abuse of public trust that occurred and the attempts by dishonest persons to circumvent established controls and law."