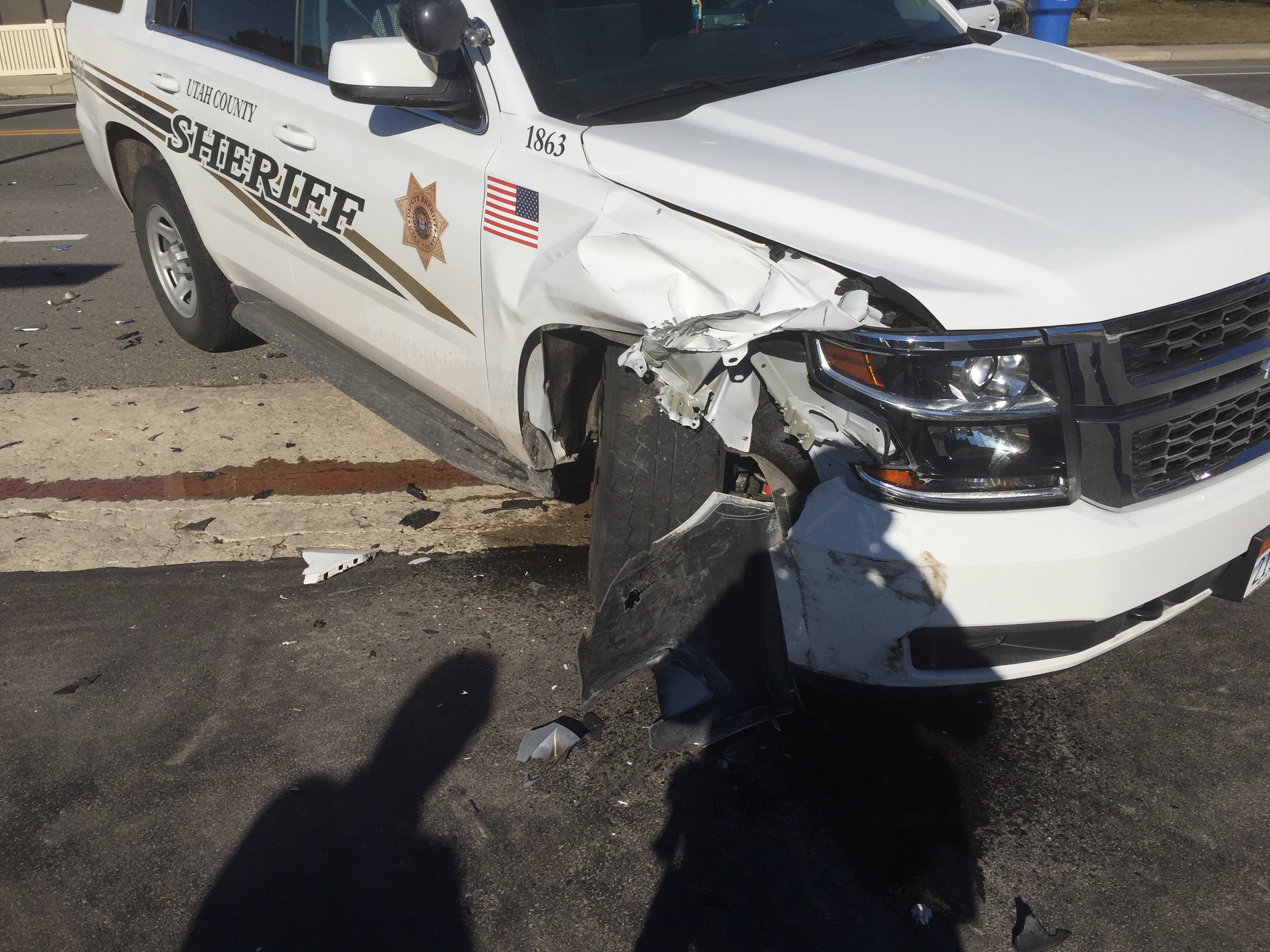 UTAH COUNTY, Utah — A man who allegedly stole a car in American Fork Wednesday is behind bars after a short pursuit that ended with the suspect crashing into a deputy’s vehicle.

According to the American Fork Police Department, officers were called to a 7-Eleven Wednesday around noon after a report of a robbery.

Police learned that a suspect, later identified as 20-year-old James Dekota Brunson, approached a car in the parking lot and drew a handgun before demanding the customer’s car keys. The man fled in the victim’s vehicle. The victim was not injured but was shaken up by the ordeal.

A Utah County Sheriff’s Deputy saw Brunson driving the stolen vehicle in the Orem area, and a short chase ensued after the deputy attempted to make a traffic stop. At one point Brunson allegedly made a U-turn and swerved toward the pursuing deputy.

The man eventually crashed into another deputy’s vehicle while trying to evade police, and after that crash the car went into a fence. Both vehicles were disabled. Brunson tried to flee on foot after the crash but was apprehended.

Police located two BB guns belonging to Brunson, which had the appearance of “genuine semi-automatic handguns in that they looked and felt realistic,” the press release states.

One of the BB guns was confirmed to be the weapon displayed during the alleged carjacking at 7-Eleven. Police also located evidence of drug possession.

Brunson has been booked into jail and faces multiple charges that include aggravated robbery, vehicle theft, drug possession, reckless endangerment and others. Brunson also had existing warrants out for his arrest and was a fugitive from Adult Probation & Parole.