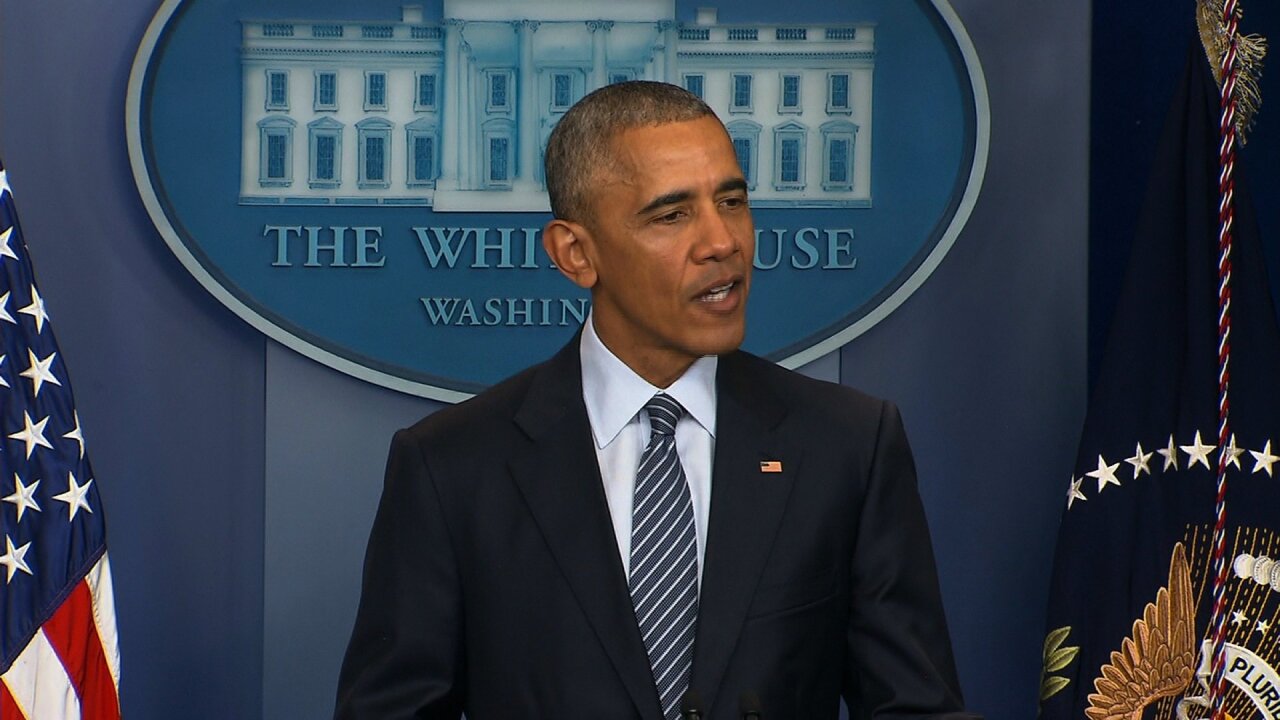 President Barack Obama granted 330 commutations, the White House announced January 19th, 2017, the most commutations given in a single day by a US president.

By Allie Malloy and Kevin Liptak

(CNN) — President Barack Obama granted 330 commutations, the White House announced Thursday, the most commutations given in a single day by a US president.

The announcement comes within 24 hours of the transfer of power from Obama to President-elect Donald Trump.

A White House official told CNN this is Obama’s final batch of clemency.

The move brings the total number of individuals who sentences Obama reduced to a total of 1,715, including 568 who had been sentenced to life in prison.

The large majority of sentences Obama commuted Thursday — and in total — were those that came from nonviolent drug offenses.

If these are Obama’s final acts of clemency that would apparently close the door on such an action for former American prisoner of war Army Sgt. Bowe Bergdahl, who has asked Obama for a pardon, Justice Department officials told CNN in December.

Bergdahl faces charges for leaving his post in Afghanistan in 2009. His court-martial is scheduled for February 6.

Trump has been a staunch critic of Bergdahl and the prisoner swap made under Obama.

In 2014, Bergdahl was released after nearly five years in captivity by the Taliban in exchange five detainees at Guantanamo Bay.

During the campaign, Trump frequently called Bergdahl a “traitor” and suggested that he should face harsher punishment.

Earlier this week, Obama commuted the sentence of Chelsea Manning, who was convicted of stealing and disseminating 750,000 pages of documents and videos to WikiLeaks.

Obama has granted more commutations than any previous president, even surpassing the number of commutations granted by the past 13 presidents combined.

“The President set out to reinvigorate clemency, and he has done just that,” White House Counsel Neil Eggleston said Thursday.

Eggleston said that those granted clemency under Obama were granted a second chance because “the President sees the potential in you.”

Many of those whose punishments he’s reduced were incarcerated for crimes involving crack cocaine, which had with mandatory sentences that were longer than those for the drug’s powdered version. The discrepancy — a byproduct of the war on drugs — overwhelmingly affected African-Americans.

Obama had hoped for legislation to permanently end the disparities in sentencing laws. While an unlikely group of activists have pushed in Congress for a bill that would alter mandatory minimums and reform the prison system, no legislation passed from the effort.

Instead, Obama encouraged Americans serving lengthy terms to apply for clemency, prompting a flood of applications to his Justice Department. A group of legal aid groups established the Clemency Project to help screen applicants and complete the required paperwork.