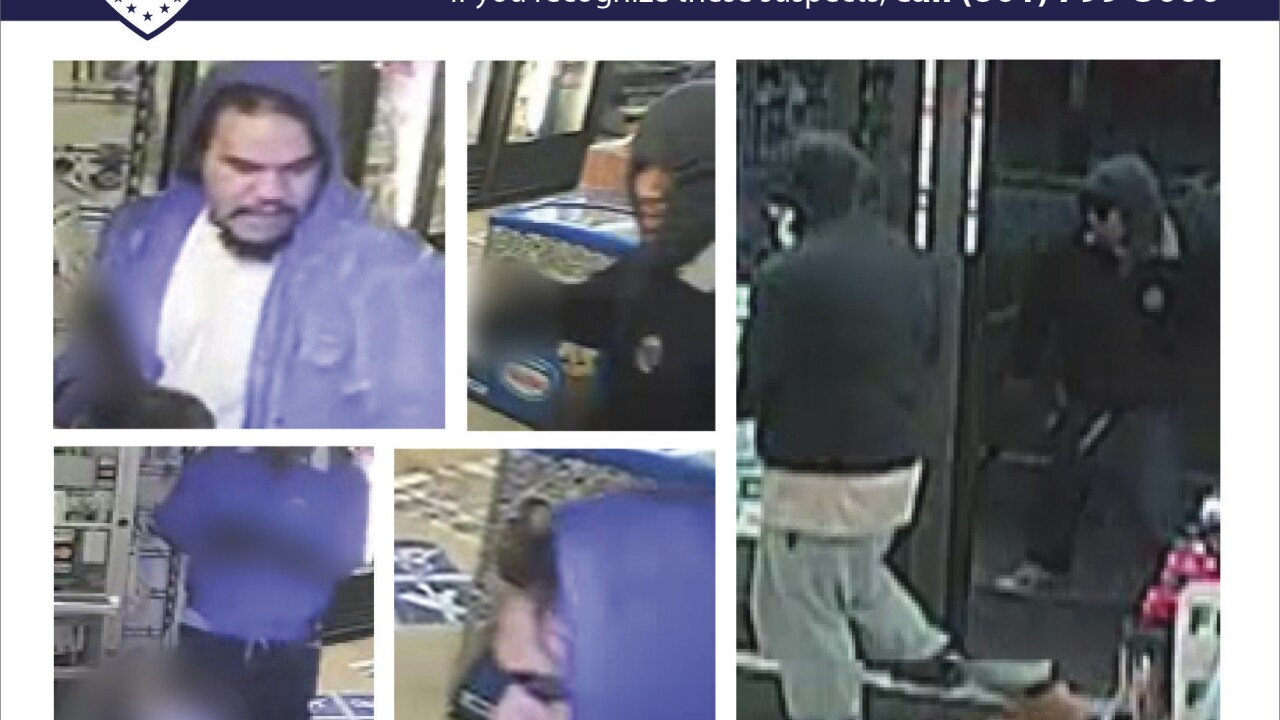 SALT LAKE CITY — The Salt Lake City Police Department is seeking the public’s help in identifying two suspects in two armed robberies, and police say both men should be considered armed and dangerous.

The first robbery occurred January 13 around 11:30 p.m. at Chegoya market, 202 South 900 East, according to a press release from police.

Both men fled the scene after the robbery, possibly in a dark-colored SUV.

The second robbery occurred January 14 around 2:13 a.m. at a 7-Eleven at 1609 South 1100 East. The suspects fled in a dark-colored “smaller type SUV”, according to the press release.

The suspects used a firearm in both cases, and police say the men should be considered armed and dangerous.

Both suspects are Polynesian men who stand about 5-feet, 8-inches tall and who have bigger builds, the release states. Both men are believed to be in their late 20s. The suspects are pictured above.

Anyone who recognizes the men is asked to call police at 801-799-3000. Anonymous tips may also be sent via text to 274637. The text should begin with TIPSLCPD and should continue with all relevant information and end with a reference to case #17-8120.