They released several photos and a video of the man, who was considered to be a person of interest in the shooting.

The pictures prompted several tips to the Ogden Police Department.

Thanks to the community for tips, leads, and support. Suspect arrested in homicide.

The suspect has been identified as Thomas “TJ” Lovato, 18.

He has been booked into the Weber County Jail on suspicion of murder.

Thomas"TJ" Lovato (18) d.o.b 11-20-1998 has been arrested bydetectives in the death of Ernest Pepe Martinez (32). He was booked for murder pic.twitter.com/kdPmrIFtuf

The victim from the homicide at 110 Patterson Ave has been identified as Ernest Pepe Martinez (32).

Lt. Will Cragun said officers responded to a report of shots fired at 12:44 a.m. in the area of 100 Patterson Ave.

Officers located a man in the parking lot of the ‘SNS Quick Stop’ convenience store.

The victim had been shot and died of his wounds at the scene of the shooting.

The suspect fled the area and had not been apprehended until Monday morning.

Later Sunday, police released photos of a man believed to be a person of interest in the crime, and the photos show a man pulling a firearm from his waistband. 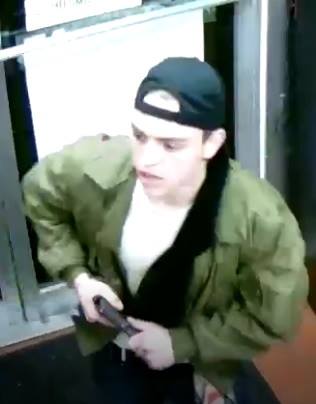 The case is being investigated by the Ogden City Major Crimes Bureau, the Weber County Homicide Task Force, and the Medical Examiner’s office.