WASATCH COUNTY, Utah -- An Intermountain Life Flight paramedic was killed and a nurse was seriously injured Sunday after their car was struck head-on by a pickup truck as they returned to Salt Lake City from a shift in Roosevelt.

Tyson Mason, 29, was killed in the crash while a nurse with Life Flight suffered serious injuries, according to a spokesman for Intermountain Healthcare.

According to the Utah Highway Patrol, the crash occurred at 9:47 a.m. on SR-40 near mile marker 43, which is in the area of Strawberry Reservoir.

A gray Dodge pickup truck was traveling eastbound and was passing a tan Chevy Impala while in a passing lane when the Impala exited the travel lane to the left and sideswiped the truck. UHP states the impact sent the truck into oncoming westbound traffic.

A Subaru passenger vehicle traveling west was struck head-on by the pickup truck. Mason was driving his Subaru, and he suffered fatal injuries in the crash. The nurse in the passenger seat is in serious condition and was flown to Intermountain Medical Center in Murray.

"From what I know of Tyson, he was an excellent paramedic and was a valued member of the team," Gomez said. "When one of our team members is lost, we all feel that very personally."

Mason was also a firefighter and paramedic with Salt Lake City Fire Department. Fire Chief Karl Lieb said they are all mourning the loss of Mason, who became a father for the first time last week.

"Tyson was a young, professional firefighter and a talented paramedic," Lieb stated. "He was a devoted husband, who just became a father for the first time, only one week ago. He was respected by his brothers and sisters in the fire service and will be sorely missed.”

Lieb said they have received support from numerous public safety leaders as well as the governor's office. Before joining Salt Lake City Fire Department in 2015, Mason was a member of the Ogden Fire Department starting in 2009. Mason is survived by his wife, Haileigh and their one-week old son.

The nurse has not yet been identified, and the extent of the nurse's injuries has not been released

"We are told he is in serious condition, and doing relatively okay after a serious accident like this," Gomez said.

The pair was working at a Life Flight base at Uintah Basin Medical Center in Roosevelt and had been there for several days covering shifts.

"As a show of respect for their colleagues and accordance with safety protocols, Intermountain Life Flight adult team in Northern Utah have decided to stand down for 24 hours and will not be flying or transporting patients during this time," Gomez said. "The decision was made to best address the emotional and operational issues related to Life Flight, to give our employees the chance to come together and mourn the loss of one of our colleagues and share concern for their hospitalized colleague."

He said the newborn and pediatric teams will continue to transport patients.

Life Flight is coordinating with other EMS and air transport agencies to cover flights during that time.

"They were the first on site, and as you can imagine, it was a shock to know that two members of the team-- their colleagues, their family members so-to-speak-- were involved in that serious car accident," he said.

Counseling services are being made available for all Intermountain Healthcare employees at multiple hospitals.

"This is a tragedy to lose a member of the Intermountain Healthcare and Life Flight family," he said. "Our hearts and prayers go out to their family, friends and colleagues for this devastating loss."

It was not clear what caused the driver of the Impala to leave their lane of travel. 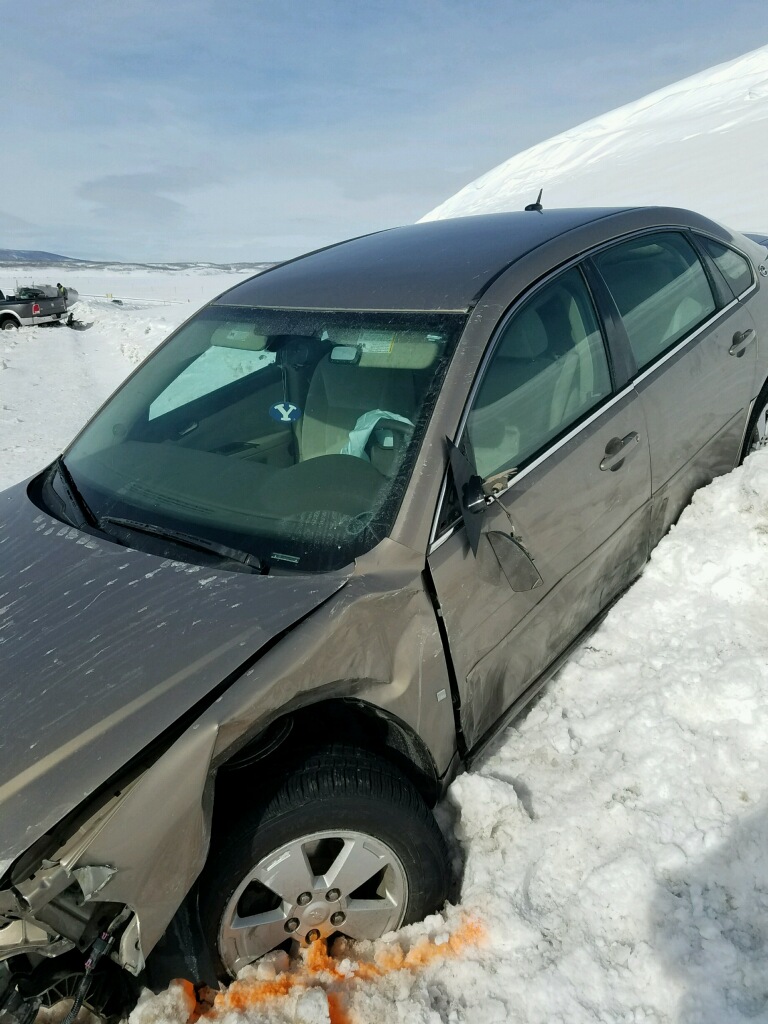