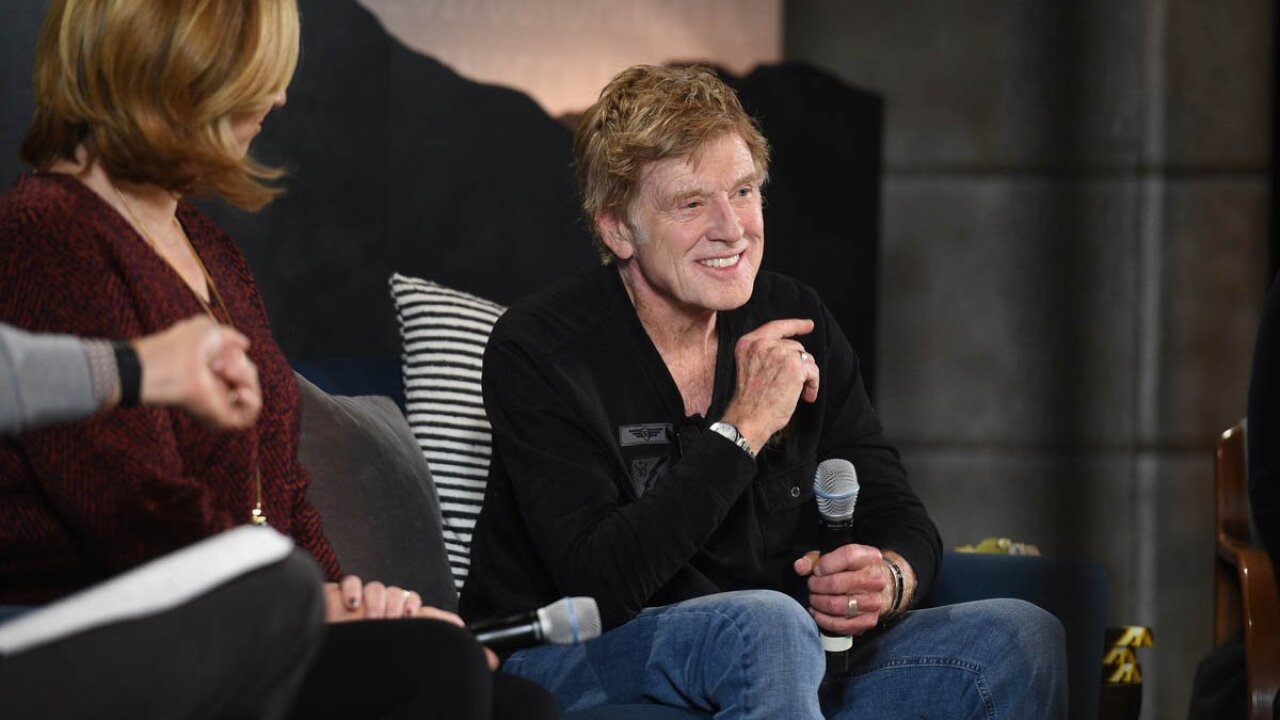 Robert Redford at a press conference for the 2017 Sundance Film Festival on January 19, 2017 in Park City, Utah.

Despite heavy snow, power outages that forced the rescheduling of three premieres and a cyber attack on the box office, the Sundance Film Festival is rolling on in Park City, Utah this week.

The festival launched a new category of environmental films this year that featured the debut of Al Gore’s “An Inconvenient Sequel” — a follow up to the former vice president’s documentary “An Inconvenient Truth,” which premiered at Sundance in 2006.

Gore told CNN there have been changes in the decade since the first film.

“You will see in this movie a lot of evidence of hardcore Republicans who are saying, ‘Hey, lets get on with this’ and they are,” Gore said. “And they are making a difference.”

Political topics were on the minds of many festival attendees.

At the festival’s opening press conference, Sundance founder Robert Redford addressed fears voiced by some filmmakers that both the arts and the environment could be negatively impacted by the Trump administration.

As in other cities, a women’s march was held in Park City on President Trump’s first full day in office. Led by Chelsea Handler and Charlize Theron, march organizers estimated 8,000 people attended the event. Maria Bello, Benjamin Bratt, Dolores Huerta, Jessica Williams and John Legend were among the other celebrity participants.

Legend said he felt compelled to speak out.

“Now it’s become abundantly clear that progress really can be rolled back. That the rights that people fought for for years — voting rights or women’s rights, reproductive rights — all these things that we thought were settled issues, they’re back in play and everyone realizes it now. And they realize they can’t sit on the sidelines and let it happen,” Legend said.

The musician, actor and producer was at Sundance with Jurnee Smollett Bell and Aldis Hodge to promote the second season of their show, “Underground.” The WGN America drama follows a group of enslaved people in Georgia running north to freedom.

Sundance is the largest independent film festival in the country and has a reputation for selecting movies that go on to Oscar glory. “Mudbound,” which received two standing ovations at its premiere, appears to be this year’s breakout contender. Starring Mary J. Blige and Carey Mulligan, “Mudbound” is the story of two Mississippi farming families — one white and one black — in the 1940s.

Another film getting early buzz is “Marjorie Prime.” Lois Smith stars as a woman in her senior years, who turns to artificial intelligence in the form her deceased husband (Jon Hamm) to help remember key moments from her life.