WEST VALLEY CITY, Utah -- Police are hoping the public can help them find a woman who stole a dog from an animal shelter by stuffing Alvin the chihuahua under a blanket and slipping out of the facility.

West Valley City Animal Services posted a photo of the missing dog along with video and images from a surveillance camera that show the suspect. The images are dated January 13 shortly after 4 p.m.

"We love to see our pups walk out the door with their forever families, but seeing them stolen, stuffed under a blanket and smuggled out isn't a good situation for anyone," the shelter stated.

The group says they want to place animals in homes where they will be properly cared for, so they are concerned about Alvin being with someone who would steal him rather than adopt him through the proper channels.

The shelter stated they haven't had a problem with theft in the past, so this is a "new concern for us." They said they don't lock all of the cages in order to make it easier for staff to attend to the animals quickly, but they said they are now considering options for locks that open quickly.

West Valley City PD also shared the post, and anyone who sees Alvin or the woman pictured in the photos and video is asked to call police dispatch at 801-840-4000. 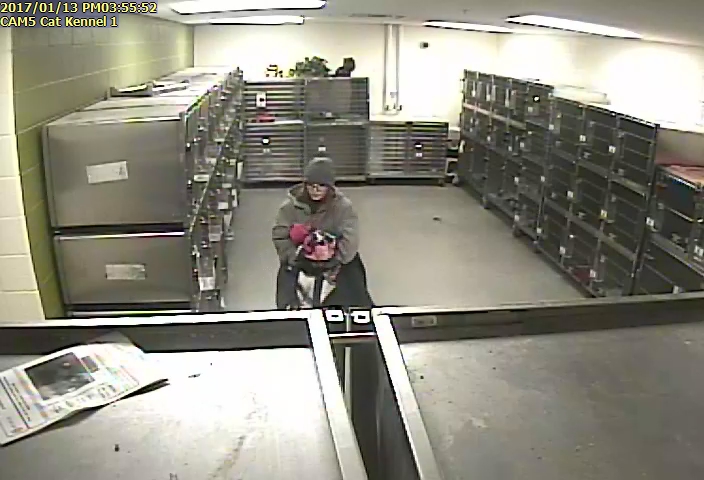