SANDY, Utah - Firefighters are investigating what sparked a four-alarm blaze at the Sandy City Public Works Department overnight, causing about $5 million in damage.

Firefighters said the blaze destroyed 11 of the city's 18 snow plows and one salt truck.

Officials said the fire started where the trucks are stored but still don't know what caused it.

The building is heavily damaged and the roof collapsed.

“I responded around 11:43 p.m. is when the fire came in,” Sandy Fire Chief Bruce Cline said.

It took 100 firefighters and 20 trucks to control the fire.

“It was a difficult fire just because of the amount of fuel in there you had rubber tires diesel fuel and a lot of equipment,” Chief Cline said.

According to city officials, the building did not have a working sprinkler system because it was built 40 years ago and not required at the time.

City officials are meeting to determine a plan moving forward.

The city said the building is fully insured.

“We're actually very grateful, thank you Lord, to have a week to recover from this so we can be able to get up to speed again,” Mayor Dolan said.

The next storm is expected in about a week.

No one was injured in the fire. 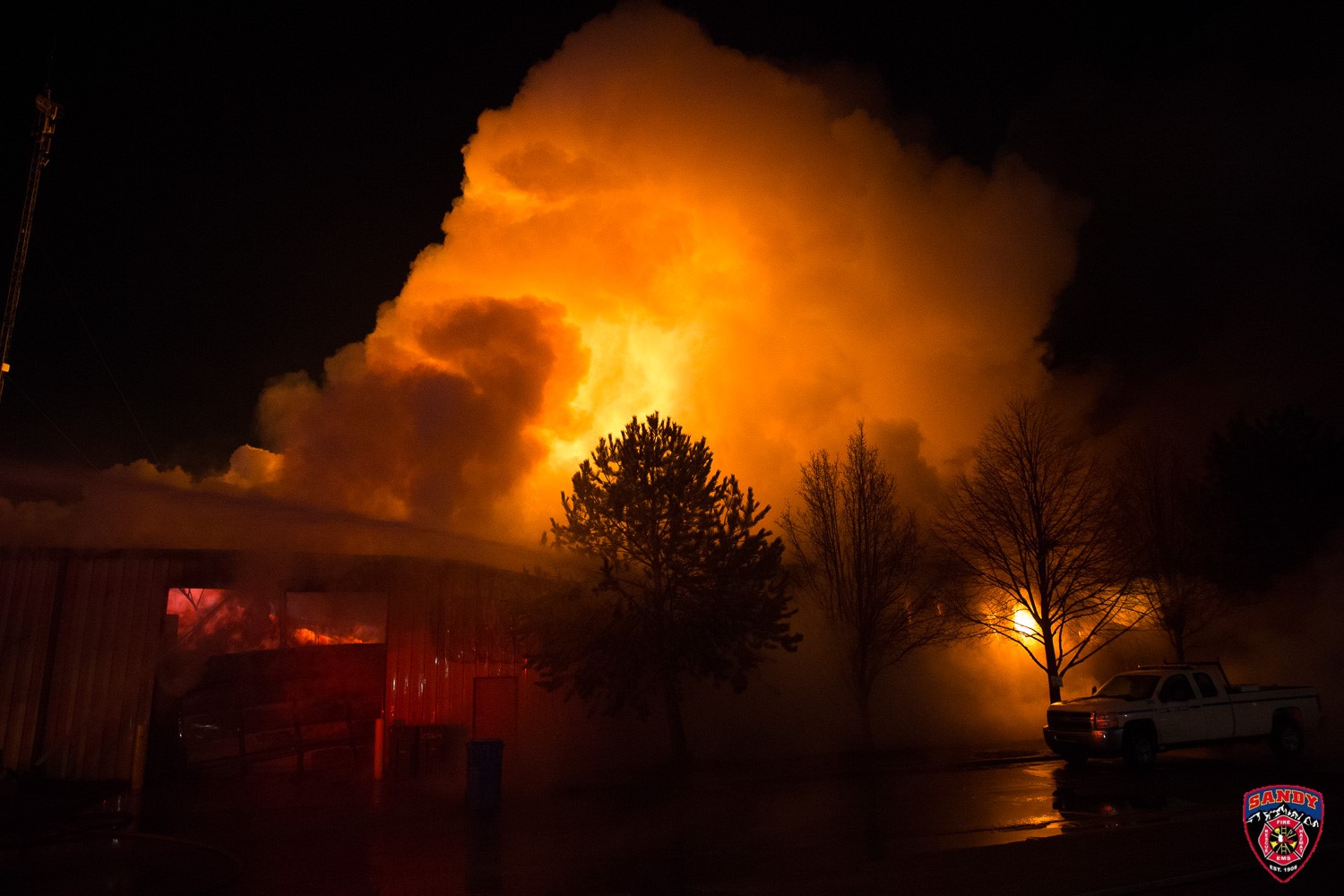