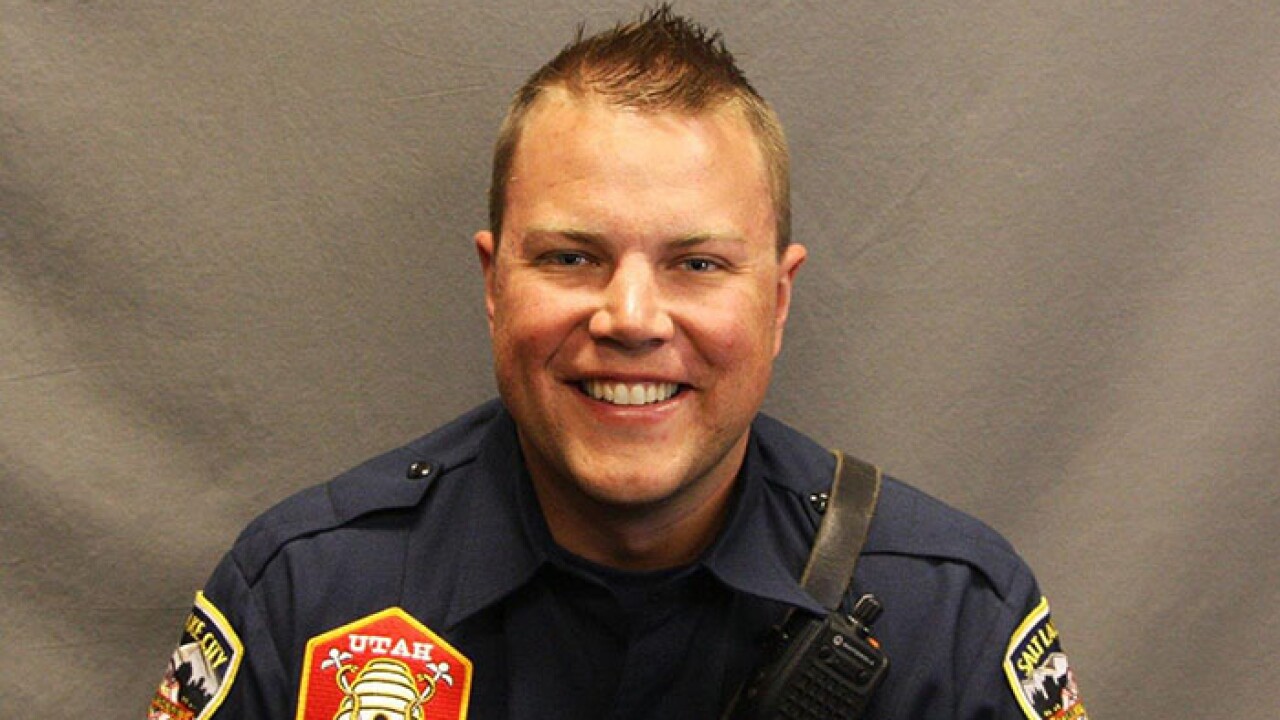 LAYTON, Utah — Loved ones and colleagues from Utah’s emergency response agencies gathered Saturday to honor the memory of a firefighter and paramedic who was killed in a car crash last weekend.

Tyson Mason, 29, suffered fatal injuries in a crash near Strawberry Reservoir last weekend as he and a nurse were returning home to Salt Lake City after spending several days in Roosevelt working shifts for Intermountain Life Flight.

Saturday, a procession of emergency vehicles escorted Mason to the Davis Conference Center in Layton for funeral services, where loved ones spoke about Mason and those he left behind. Mason worked as a firefighter/paramedic for Salt Lake City and as a paramedic for Intermountain Life Flight.

Zac Winkler of Ogden Fire spoke about Mason’s love for his wife and newborn son, who was born about one week before the fatal accident.

“I watched Tyson marry his best friend, and then his smile grew when he held his baby boy for the first time,” Winkler said.

Hendrik Alberts, a Life Flight paramedic, had a message for Mason’s wife, Haileigh.

“Haileigh, he was so in love with you,” Alberts said. “Tyson’s eyes shined when he talked about you. He was committed 100 percent.”

“”Lukas, your dad was a legend,” Alberts said. “You will get to know him throughout your life by the influences he had on other people.”

Pam Moore, who worked with Mason on Life Flight, said he was a family man who cared about public service.

“Tyson loved two things: Serving others and being with his family,” she said. “No one was more excited to be a dad as Tyson was.”

Haileigh Mason said the birth of Lukas was a wonderful moment for their family.

“The best day of our lives was when our baby boy was born,” she said.

Ian Mason, Tyson’s brother, said one of his brother’s features stood out to people in particular.

“We’ve heard a lot about Tyson’s smile,” he said. “That smile was contagious, he was good at it. That was the power of his smile.”

Winkler said Tyson will be remembered for his selfless attitude.

“Everyone can agree, Tyson was a hero,” he said. “He chose to put himself in these situations because he wanted to help.”

Ian Mason said his brother cared deeply about others, which was reflected in his choice of career.

“That level of caring is rare for people, but he cared about everybody and he found himself in a profession with those like him,” Mason said.

“Tyson was an amazing husband, father, and firefighter,” he said. “He will be dearly missed by all who knew him”.

Funeral services were scheduled to end at 3 p.m. and be followed by final honors that include pipes and drums along with a flyover by medical aircraft in a “missing man” formation.

Loved ones have created a GoFundMe page called “Hearts for Lukas” to raise funds for Mason’s wife and newborn son. Donations can also be made at Zions Bank via the Lukas Mason Scholarship fund.