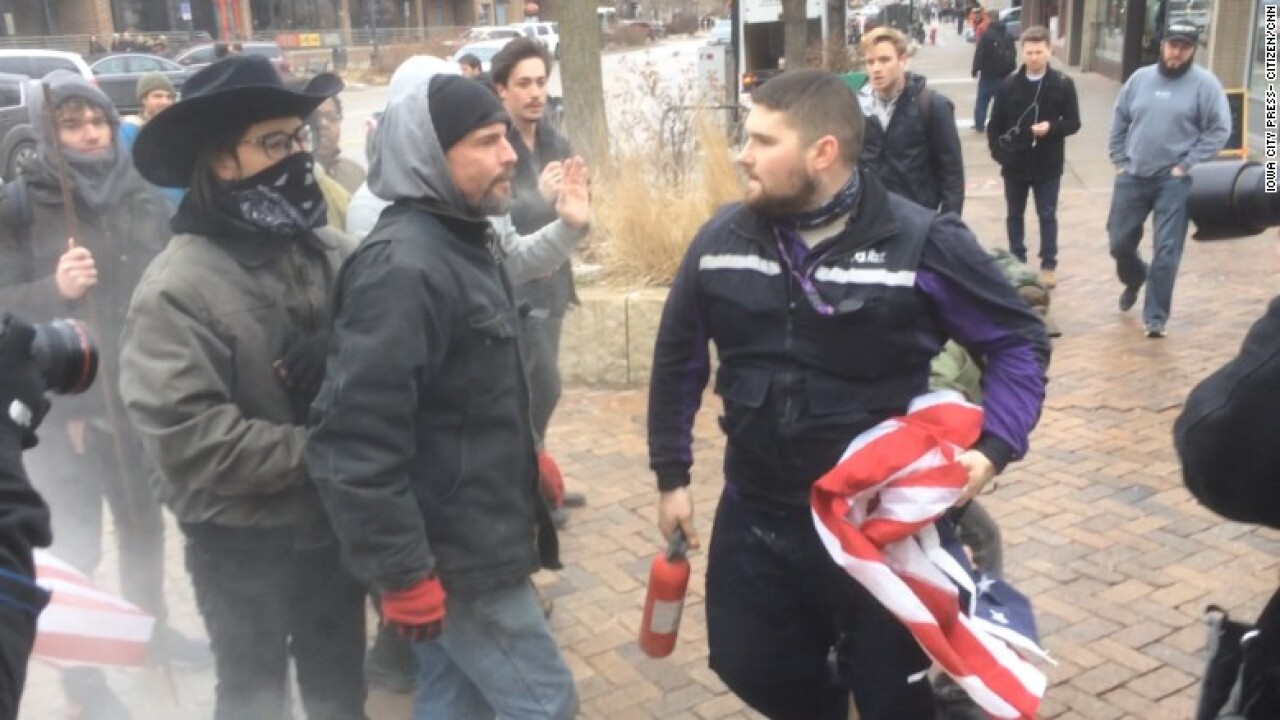 IOWA CITY, Iowa — A delivery driver who interrupted a protest to prevent American flags from burning has received national attention after video of the encounter in Iowa went viral.

WQAD reports thousands of people signed an online petition urging FedEx to retain Matt Uhrin, the driver who stole one flag and used an extinguisher to put out a fire on a second flag Thursday as a group protested the Dakota Access Pipeline.

A scuffle broke out between Uhrin and several of the protesters after he intervened.  FedEx addressed the driver’s actions in a tweet this weekend, saying Uhrin is still with the company and there are no plans to change his status.

We have reviewed the matter in Iowa City involving driver Matt Uhrin. He remains a FedEx employee & we have no plans to change his status.

The Iowa Press Citizen reports that Uhrin declined to comment after the video was captured Thursday, except to say that his actions were not related to his work for FedEx.

Those involved in the protest argued they had a First Amendment right to burn the flags, but WQAD reports the group did not have a proper burn permit from the city and two people, 26-year-old Kelli Ebensberger and 23-year-old Paul Osgerby, were arrested for open-burning, which is a simple misdemeanor.