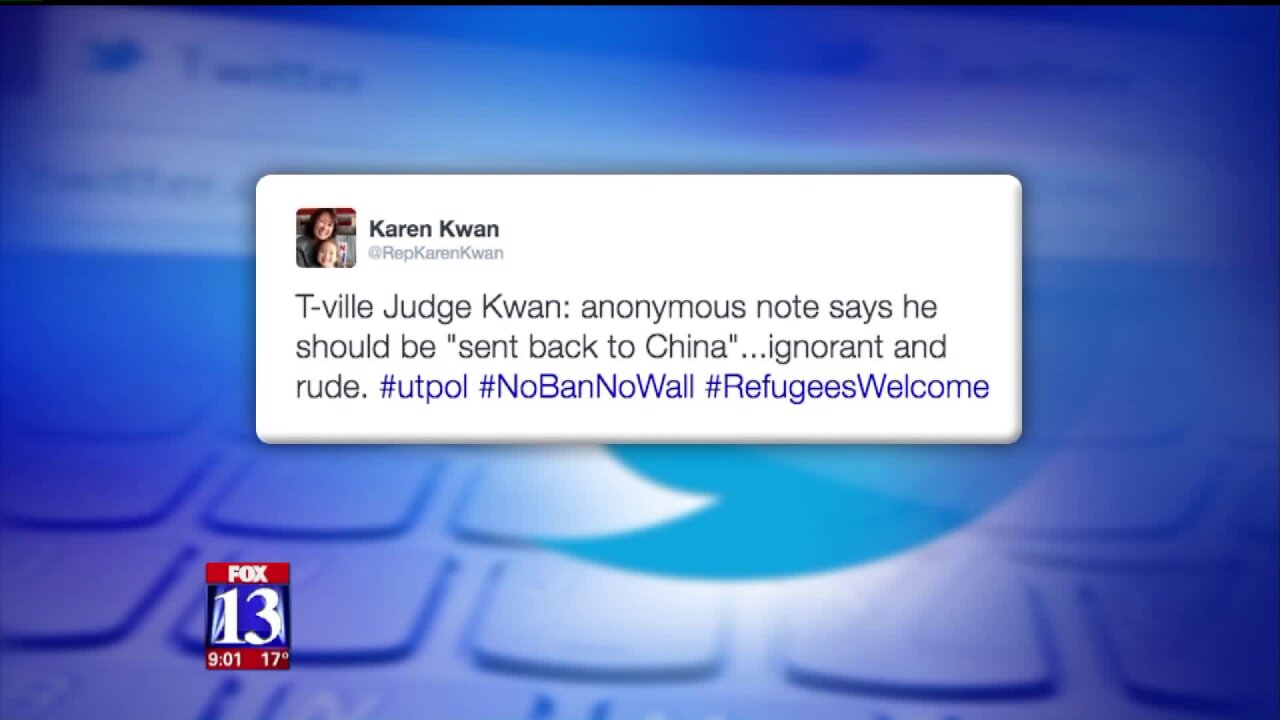 TAYLORSVILLE, Utah – A Utah lawmaker is speaking up Sunday after a family member received a racially motivated note amid a national debate over immigration.

Rep. Karen Kwan, a Democrat who represents Taylorsville, said her brother Michael Kwan, who works as a judge in Taylorsville, received a note from someone saying in part that he should be “sent back to China.”

T-ville Judge Kwan: anonymous note says he should be "sent back to China"...ignorant and rude. #utpol #NoBanNoWall #RefugeesWelcome

Just to clarify: Found out note wasn't anonymous. Bigger picture is how communities of color are starting to fear the worst. #utpol https://t.co/7n2L6JzFcW

The message comes as Utahns and people across the nation have taken to streets and airports to protest President Donald Trump’s executive order on immigration. Kwan said it’s an issue that touches people across the country.

“This is not just something… for people who are out there who are a threat to our nation, they are protesting against what is happening to our friends and our neighbors,” she said.

She said many people are dealing with uncertainty at present.

“People are worried about whether or not they’re going to be able to see their family again,” she said.