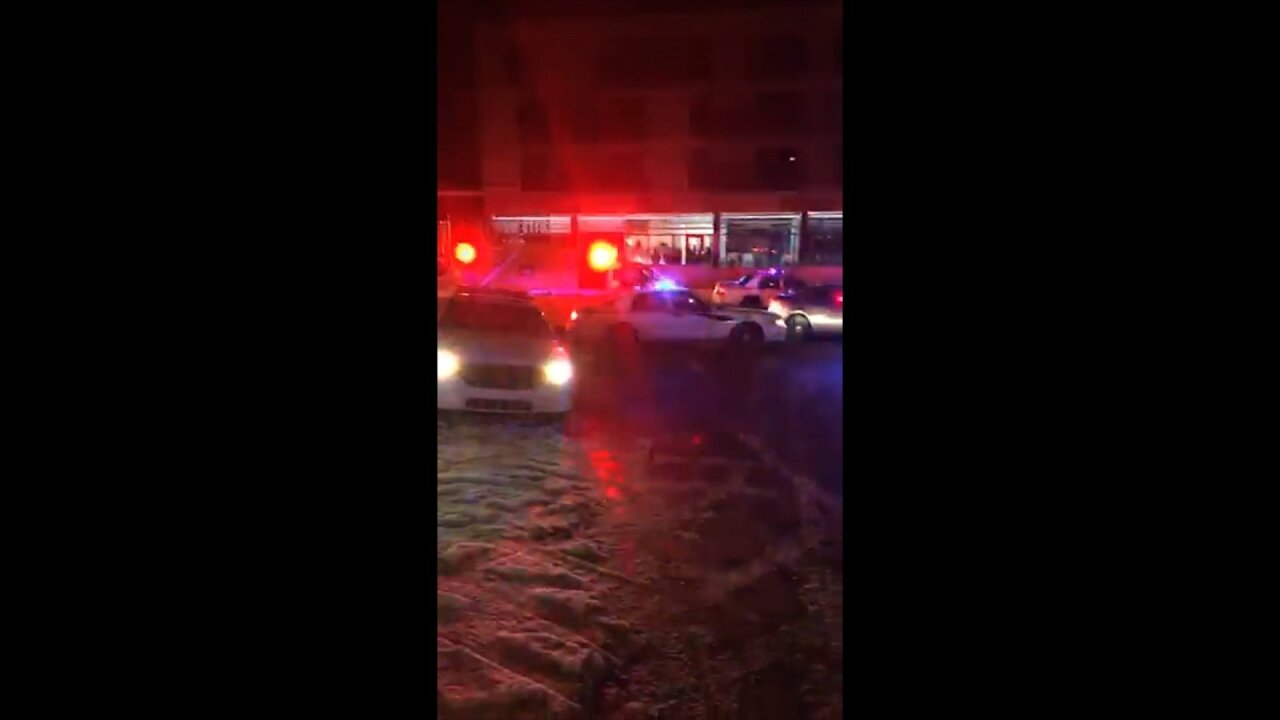 Six people are dead after a shooting at a mosque in Quebec City on January 29, 2017, according to Quebec Provincial Police. Eight people were injured. The attack, which took place at the city’s Quebec Islamic Cultural Center, is being investigated as an act of terrorism by police.

QUEBEC CITY — Six people are dead after a shooting at a mosque in Quebec City, according to Quebec Provincial Police. Eight people were injured. The attack, which took place at the city’s Quebec Islamic Cultural Center, is being investigated as an act of terrorism by police.

In what was described as a coordinated attack, witnesses say at least two gunmen wearing black fired indiscriminately into the dozens of worshipers — including families — in the mosque.

Thirty-nine people who were at the mosque during shooting were unharmed, Christine Coulombe, spokeswoman of National Police of Quebec, said. Of the eight injured, six are described as being in critical condition.

Two people have been arrested, a police said at a news conference. One was captured near the mosque and the other was apprehended on a highway nearby.

He added that he would ask the National Assembly to fly the Quebec flag at half-staff.

Police said in a later tweet that the situation was under control.

“The site is secure and the occupants (of the mosque) were evacuated. The investigation continues.” Police are not ruling out the existence of accomplices.

A statement on the mosque’s Facebook page urged caution.

“Please wait for preliminary results (of the investigation) before circulating rumors,” it says. “The situation is very critical. May Allah give us endurance.”

Another post showed the center’s gratitude for the “hundreds of messages of compassion coming from all over.”

At least two vigils, in Quebec City and in Montreal, are planned for Monday.

At least five of those injured in the incident were receiving treatment at the University Hospital of Quebec. Other victims are in hospitals throughout the city, hospital spokesman Richard Fournier tells CNN.

Canada has taken in tens of thousands of refugees, especially from Syria, in the last few months.

Last year, the cultural center received a wrapped pig head and a magazine with a pig on its cover, saying “Bonne Appetit,” according to a post on its Facebook page. The post reads:

“We just learned that a gesture of hate towards our Great Mosque took place Sunday morning (14 Ramadan) around Salat Al-Fajr! Police was made aware and opened an investigation! We will keep you updated as soon as we have news…”

Under the Quran, pork is prohibited and pigs considered unclean.

Prime Minister Justin Trudeau tweeted his condolences in both French and English.

“Tonight, Canadians grieve for those killed in a cowardly attack on a mosque in Quebec City. My thoughts are with victims & their families.”

Later, in a statement on his official site, Trudeau wrote:

“It is heart-wrenching to see such senseless violence. Diversity is our strength, and religious tolerance is a value that we, as Canadians, hold dear.

“Muslim-Canadians are an important part of our national fabric, and these senseless acts have no place in our communities, cities and country. Canadian law enforcement agencies will protect the rights of all Canadians, and will make every effort to apprehend the perpetrators of this act and all acts of intolerance.”

“Let’s unite against violence,” the post reads. “We stand in solidarity with the Muslim people of Quebec.”

Security beefed up in other cities

South of the Canadian border, the New York Police Department said that it was monitoring the situation in Quebec and has directed that “special attention” would be given to all New York City mosques and other houses of worship, according to a statement.

The city is one of the focal points of protests against President Trump’s travel ban, which seeks to exclude any travel from a number of Muslim-majority countries.

The city’s mayor, Bill de Blasio, sent out a series of tweets related to the Quebec City attack.

“Our prayers tonight are with the people of Quebec City as they deal with a terrible attack on a mosque,” he wrote in one. “We must stand together.”

In another he reiterated that his police department would be providing additional protection for New York’s mosques, and in a third attempted to reassure the city’s Muslim residents.

He also referenced a fire at a mosque in Victoria, Texas, over the weekend, drawing connections between the two incidents — even though police and fire officials have not said there is a connection.

“The awful attack in Quebec is not an outlier,” he said. “Today, a mosque in Texas was burned to the ground. We must stop those who seek to divide us.”

The Victoria police have yet to reach any conclusions as to the cause of the fire which they are investigating.