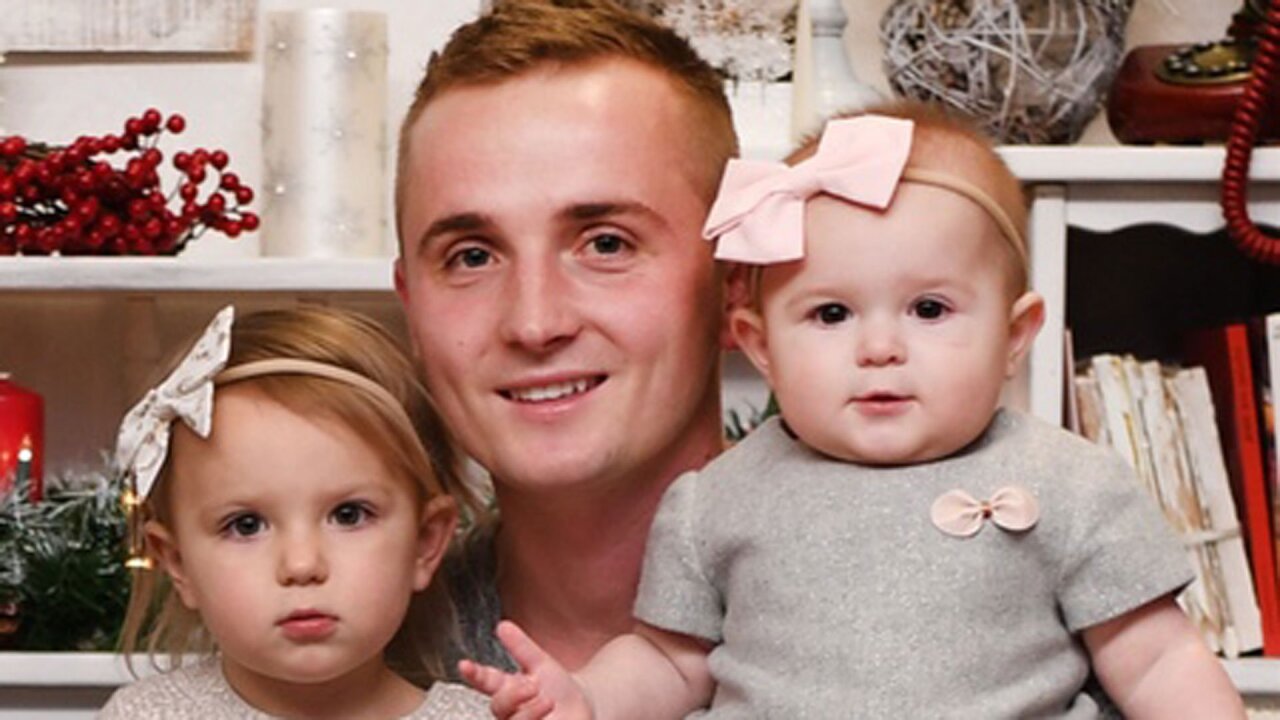 SACRAMENTO, Calif. -- A 26-year-old father died after a tooth infection spread to his lungs, the man's grieving wife told KTXL.

Vadim Kondratyuk Anatoliyevich is pictured with his two daughters on a GoFundMe page.

Vadim Kondratyuk Anatoliyevich, a truck driver, complained of a toothache when he left Truckee for New York two weeks ago, according to the report.

During the trip, he stopped in Oklahoma and visited a dentist, who cleaned the infected tooth and prescribed antibiotics, according to his widow, Nataliya. His condition improved initially, but she told KTXL the infection worsened and his mouth swelled up.

Eventually, Kondratyuk Anatoliyevich became too weak to drive, so his brother drove to New York to drive him home. They made it to Utah before checking into a hospital.

Four days later, Nataliya said she received devastating news from a doctor about her husband's condition.

"The doctor said, 'Tonight is the night he's going to die, because we did everything we can and nothing seems to work.' It's just the bacteria and the infection keeps growing to his lungs and they can't clean it out," she told the station, wiping away tears.

Nataliya made it out to the hospital and was by her husband's side when he died on Jan. 30, according to a GoFundMe page set up for the family.

She said that her husband had diabetes, but was otherwise healthy.

"I don't think you could find a better husband. I thank everybody for his prayers, for his brother, for his friend that dropped me off over there," Nataliya said. "I know he's in heaven. He's a happy person right now. He's going to be my angel for the rest of my life and he's going to help me through this whole time without a dad and without a husband."

The couple had been together for four years; they had two young daughters together.

The GoFundMe page was set up to help pay the costs of transporting Kondratyuk Anatoliyevich's body back to California, the funeral and to help the family financially. As of Tuesday morning, it had raised nearly $85,000.