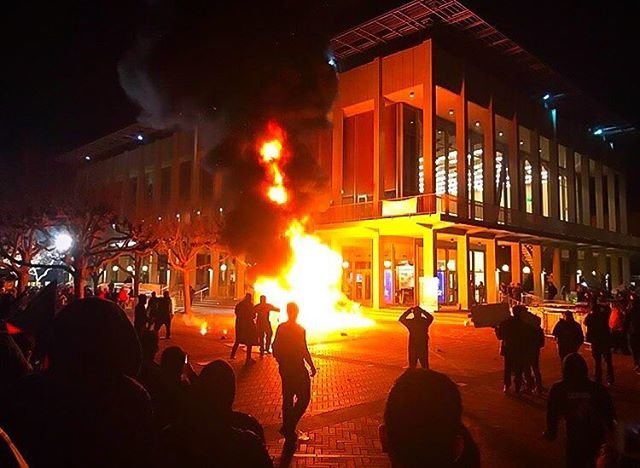 Black-clad protestors were seen throwing fireworks at police and at the student union center on the Berkeley campus where the Breitbart editor was expected to speak. They were also seen tearing down metal barriers.

UC Berkeley police said on Twitter that Yiannopoulos had left the campus.

“I have been evacuated from the IJC Berkeley campus after violent left-wing protestors tore down barricades, lit fires, threw rocks and Roman candles at the windows and breached the ground floor of the building,” Yiannopoulos posted on his verified Facebook account.

A planned speech by Yiannopoulos at UC Davis was also canceled last month in response to protests.