Before a heated Senate debate, a moment for love 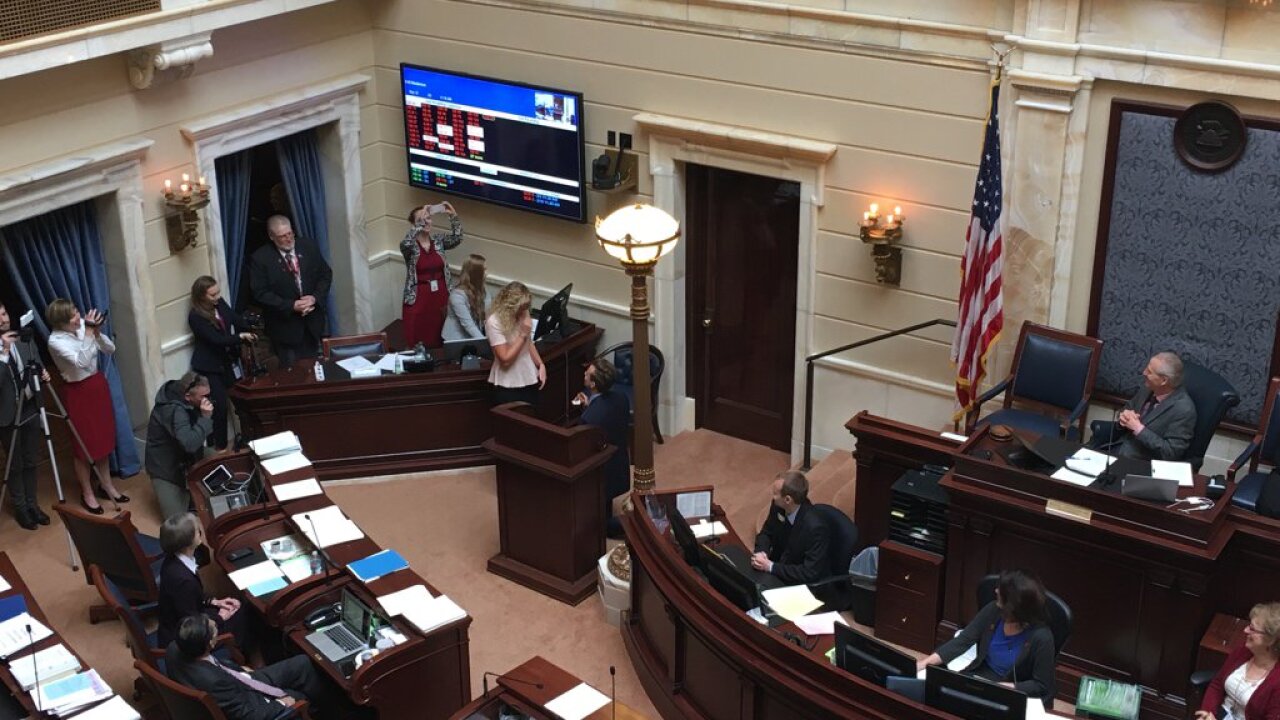 SALT LAKE CITY — Just before lawmakers waded into a heated debate over the Bears Ears National Monument, they took a moment for love.

Sen. Deidre Henderson’s legislative intern, requested that she give him a moment for a “personal privilege.” Those moments, frequently used in the Utah State Legislature, are for lawmakers to honor visiting dignitaries or school groups watching the political process at work.

Spencer Wright walked up to the podium and nervously spoke, asking his girlfriend, Zoe Esplin, to join him. In front of the entire Senate, he dropped to one knee and asked her to marry him.

The couple kissed as the Senate burst into applause.