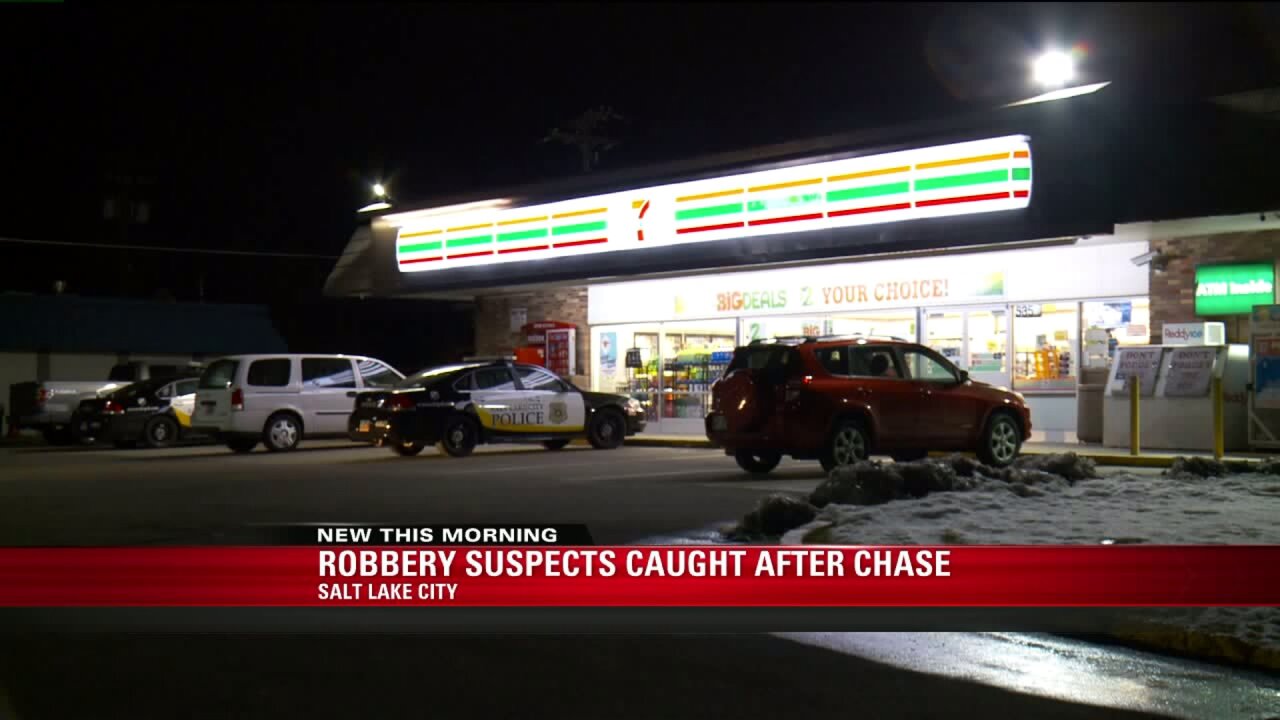 SALT LAKE CITY — Two men suspected of an armed robbery at a convenience store were taken into custody after a short vehicle pursuit Saturday morning.

The incident started just after midnight when the suspects walked into a 7-Eleven, 500 E. 1700 South, brandished a weapon at the clerk and demanded money from the register, according to Salt Lake City police.

After the clerk complied, police say, the suspects left the scene in a truck.

Sometime after the robbery, a Salt Lake City police officer spotted the vehicle and a pursuit ensued. The chase lasted about 10 minutes, which ended in the Glendale area when the two men gave themselves up without incident.