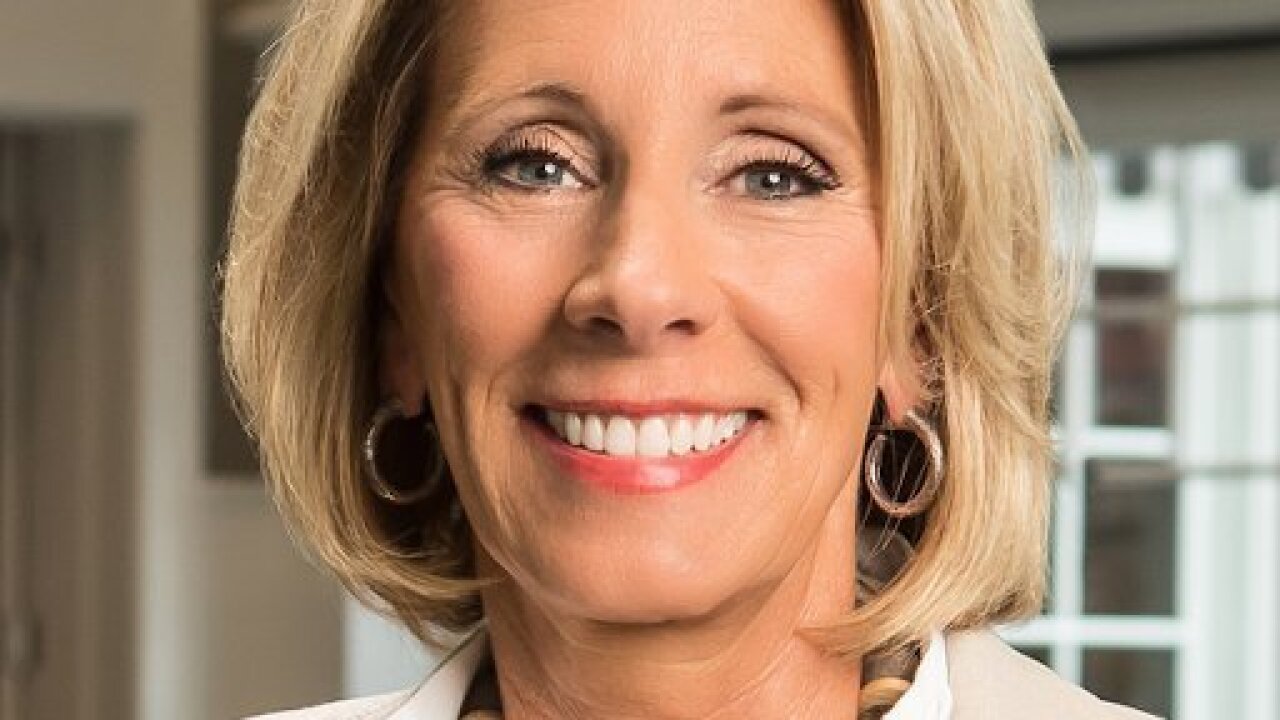 WASHINGTON – Vice President Mike Pence cast a historic tie-breaking vote Tuesday to confirm Betsy DeVos as the next education secretary after the Senate was evenly divided over the controversial pick.

The 51-50 vote ends Trump’s toughest confirmation battle yet. Senate Democrats debated through the night and into Tuesday morning in a last-ditch attempt to derail DeVos, buoyed by support from Republican Sens. Lisa Murkowski of Alaska and Susan Collins of Maine.

Throughout the fight, Democrats argued they needed “Just one more!” — to lure away another Republican vote. But Senate Republican leaders succeeded in delivering a victory to Trump in a confirmation fight that very few expected to become as tough as it did.

DeVos’ poor performance in her confirmation hearing — punctuated by her suggestion that a school in Wyoming might want to have guns on premises to protect against grizzly bears — contributed to roaring anger among public school supporters and teachers unions. Even before her hearing, critics pointed to DeVos’s lack of experience with public schools and her bankrolling of efforts like school vouchers that could take money from public institutions.

Murphy also said that DeVos seemed to have no knowledge of the federal law that protects students with disabilities.

“You put those two things together, lack of compassion for what’s happened to places like Sandy Hook and an inability to just understand the basic law around vulnerable students and it was clear at the end of that hearing that this was someone who shouldn’t be the secretary of education,” the Connecticut Democrat said.

Trump tweeted his support for his nominee Tuesday: “Senate Dems protest to keep the failed status quo. Betsy DeVos is a reformer, and she is going to be a great Education Sec. for our kids!”

Senate Dems protest to keep the failed status quo. Betsy DeVos is a reformer, and she is going to be a great Education Sec. for our kids!

Senate Democrats led on cheers Monday evening by protesters at the Capitol (and around the internet) of “Just one more!” — a nod to the fact they only need to win over another Republican senator to spike DeVos’ nomination.

“We may, in fact, have an additional Republican colleague voting ‘no,’ which would stop her tomorrow,” Sen. Debbie Stabenow told CNN’s Erin Burnett “OutFront” Monday.

DeVos’ Senate vote comes after a dramatic 24 hours of protest from Democrats inside and outside the Capitol that lasted through the night, into Tuesday morning, with Democratic senators taking shifts in the Senate arguing against DeVos.

Murphy said it’s unlikely that the Democrats are going to get the 51st vote, but are going to try until the last minute.

“I think Republicans have been very reluctant to break with Donald Trump in these first few weeks,” he said. “They’re not willing to challenge him on nominees that I think even they know in their heart of hearts aren’t qualified.”

“I think it’s because they’re trying to co-opt him to get their economic agenda done,” Murphy added.

Meanwhile, with each passing day, more questions have been raised about Trump’s Cabinet picks. Labor Department nominee Andrew Puzder admitted Monday to hiring an undocumented immigrant as a housekeeper.

But Senate Majority Whip John Cornyn promised to overcome Democratic tactics with long hours at the Capitol — including the possibility of working through Saturday.