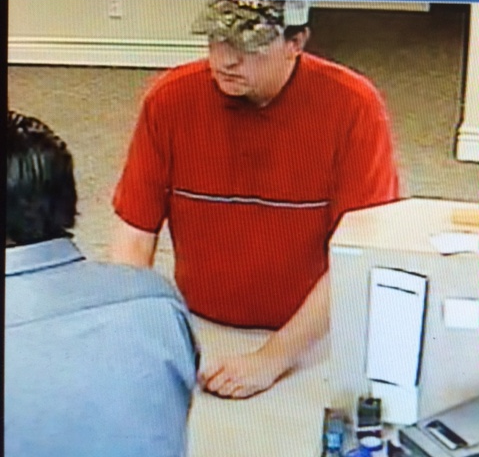 MIDVALE, Utah — Police are asking for the public’s help identifying a suspect in a robbery that occurred Wednesday morning at a credit union in Midvale.

According to the Unified Police Department, the robbery occurred at 9:19 a.m. at Jordan Credit Union, 658 West Center Street, when a man entered the building and gave the teller a note demanding cash.

The suspect did not display or indicate he had a weapon, and he fled once the teller gave him an undisclosed amount of money. The man left the area on foot and was seen running west on Center Street.

The man is pictured above and is described as being 6-feet tall with short black hair. He was last seen wearing a red shirt, jeans and a camouflage pattern baseball cap.

Anyone who recognizes the man or who has information about the robbery is asked to call UPD at 385-468-9819.