Warren says she won’t be silent about Sessions’ ‘radical hatred’ 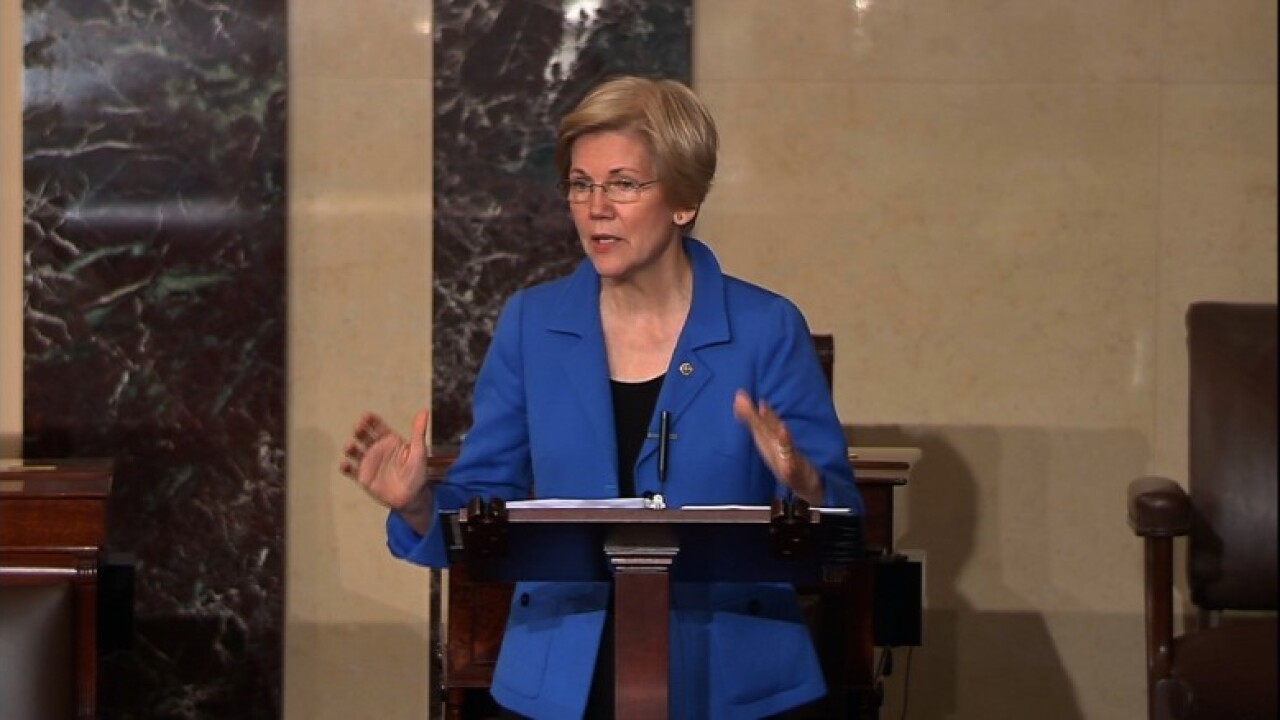 The Massachusetts Democrat galvanized her party Tuesday night when she went to the Senate floor to read a 1986 letter from Coretta Scott King denouncing Sessions as a racist. Senate Republicans invoked a rule against “impugning” a fellow senator during debate to bar Warren from the remainder of the Senate discussion over Sessions.

Sessions and his supporters have fiercely denied accusations that he is racist.

She continued her case against Sessions from outside the Senate, and after his confirmation, she rattled off several tweets condemning him.

“There’s no Rule 19 to silence me from talking about Jeff Sessions anymore. So let me say loudly & clearly: This is just the beginning,” she said in one tweet, referencing the Senate rule invoked to bar her from the debate.

“And you better believe every Senator who voted to put Jeff Sessions’s radical hatred into @TheJusticeDept will hear from all of us, too,” Warren said.

Rep. Barbara Lee, a progressive Democrat from California, offered a similar sentiment in the wake of the Sessions vote.

“I will oppose any attempt by AG Sessions, the Justice Department & the Administration to turn back the clock on our constitutional rights,” Lee tweeted.

“Sessions is a dire threat to our civil rights,” Lambda Legal, a nonprofit legal organization that advocates for LGBT rights, said in a statement.

The liberal think tank Center for American Progress warned about Sessions’ closeness with Trump: “There is no reason to think that Attorney General Sessions will act as an independent check on the President.”

The reaction to Sessions confirmation in some ways reflected the staunch opposition he faced. However, he did ultimately get confirmed, and after setting his resignation for just before the end of the day Wednesday, Sessions was set to assume his new office on Thursday.