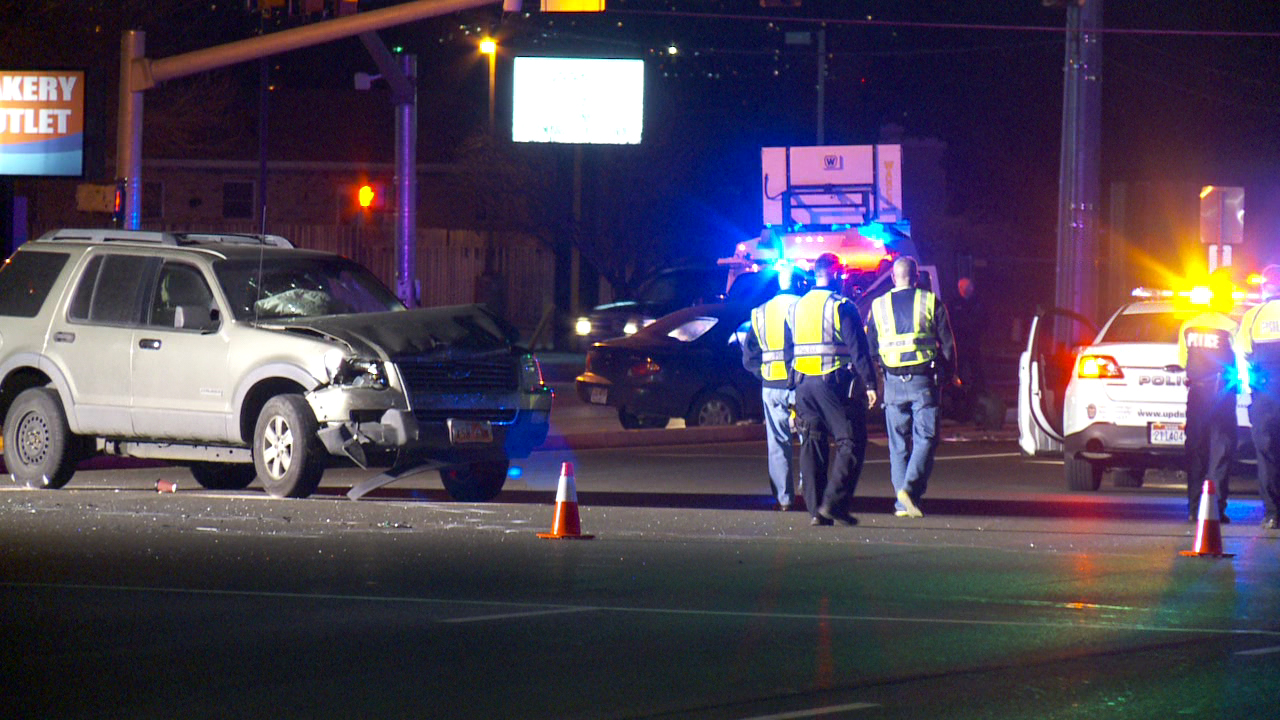 TAYLORSVILLE, Utah — A man was taken to a hospital in critical condition Wednesday night after the driver of an SUV allegedly ran a red light and T-boned another vehicle.

Lt. Paul Barker of the Unified Police Department said the crash occurred around 8 p.m. as an eastbound SUV on 4700 South ran a red light and T-boned a car that was exiting from I-215.

The driver and sole occupant of the car that was T-boned, an 18-year-old male, suffered critical wounds including chest and leg injuries. He was also initially trapped in the car.

“It took Unified Fire approximately an hour to get him extricated,” Barker said. “The accident, T-bone, happened right on the driver’s door. He was transported to [Intermountain Medical Center] in critical condition.”

The driver of the SUV, a 17-year-old male, and his passengers were not injured. Police say a witness not involved with the crash saw the SUV run the red light.

“You can see the distance between the two vehicles; it looks like it was a pretty violent collision,” Barker said of the aftermath.

There were no signs of impairment. Barker said the crash is still under investigation but charges are possible in connection with the incident.