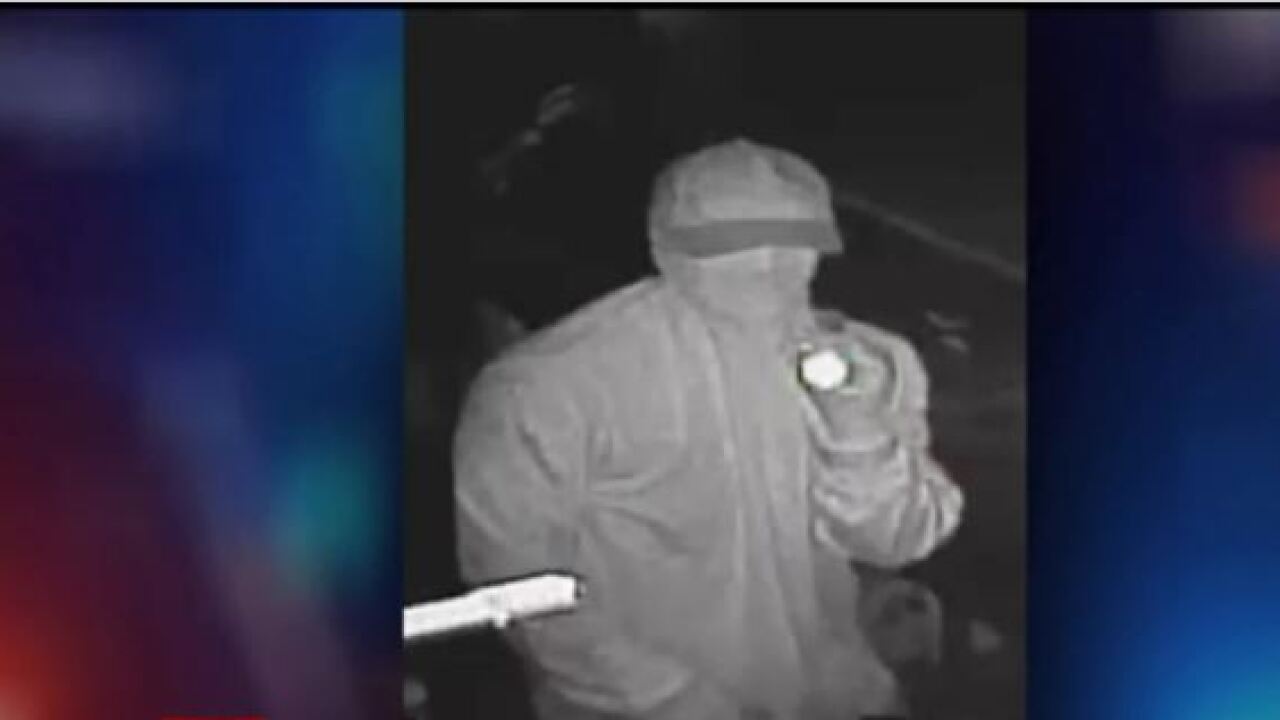 BRIGHAM CITY – Brigham City Police are searching for a suspect who broke into B&B Billiards and took off with a safe full of money, and they’re working with Roy Police to see if the case could be connected to recent burglaries in Roy.

Since the early 1920s, B&B Billiards has been a fixture in Brigham City. The local gathering place is now the focus of a police investigation.

Owner Annette Jones got a phone call on the morning of January 23rd. It appeared that someone had busted open the back door.

“I went through all the motions of being really, really angry, scared, heartbroken, sick," she said.

Surveillance video captured the suspect inside. In a matter of minutes he broke open cabinets, but he didn’t take any liquor. Instead, a safe under the counter caught his eye.

“It took them about three or four passes behind the bar with the flashlight before they even noticed the safe," Jones said. "Once they did, they picked it up and they were gone."

The suspect was wearing a ball cap and a white coverall, so police don’t have a whole lot to go on.

“His entire body, including his face and head, were covered. So we're really struggling to find this individual based on that,” said Dennis Vincent, Assistant Chief of Brigham City Police.

Jones says she noticed he had a distinct walk, and that his right foot turned out when he walked.

The case bears some similarities to the Rainbow Saloon burglary in Roy, which occurred on January 21. There was also another burglary at the Golden Spike Elks lodge around that same time.

In both of these cases, the suspects face and body was completely covered.

“They're working to determine whether or not they're connected," Vincent said.

Jones doesn’t believe the suspect is someone they know. She is taking preventative measures, like installing cameras and a security system to make sure it doesn’t happen again.

“I've made it as safe as I could possibly make it," she said.

If you recognize the suspect or have any information about the incident, call the tip-a-cop hotline at 435-723-1244.