What Jeff Sessions’ confirmation may mean for marijuana legalization 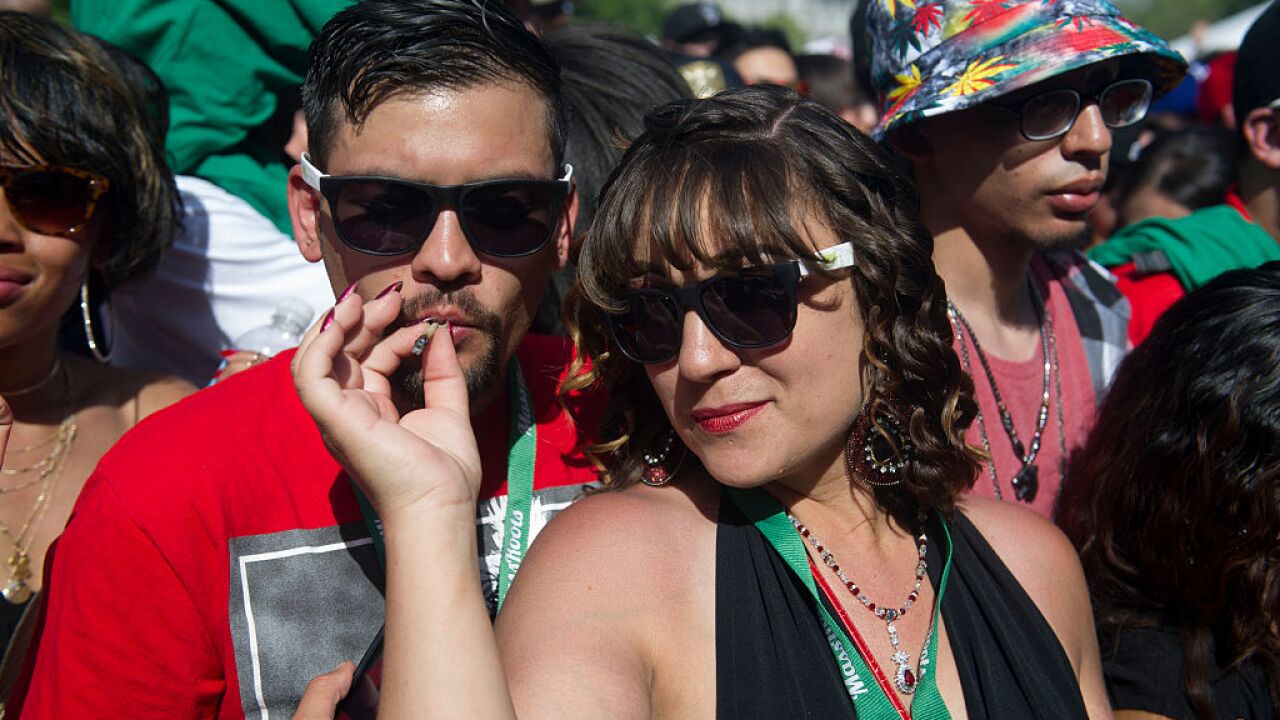 People attend the Denver 420 Rally, the world’s largest celebration of both the legalization of cannabis and cannabis culture, May 21, 2016 in Denver Coloroado. The western mountainous Colorado is one of four US states along with the District of Columbia that has legalized the use of recreational marijuana. / AFP / Jason Connolly (Photo credit should read JASON CONNOLLY/AFP/Getty Images)

‘The Most Important Time’ For Marijuana Reform is Now

After Alabama Senator Jeff Sessions was confirmed as attorney general late Wednesday, legal marijuana proponents had reason to worry. Sessions, who is vehemently opposed to marijuana use — medicinal or recreational — will soon set the policies of Department of Justice (DOJ) on the federal government’s enforcement of its drug laws.

As of the 2016 elections, eight states plus Washington, D.C. had opted to legalize the recreational use of marijuana. (A total of 28 states have comprehensive medical marijuana laws, and 17 have limited use or limited criminal defense laws for medicinal usage.) But federal law still classifies marijuana as a Schedule I drug with “no currently accepted medical use,” and the Drug Enforcement Administration (DEA) as recently as August 2016 refused to change that designation — which means that the federal government has the power to arrest, charge and imprison marijuana growers, buyers and sellers in states that have made pot legal.

And in April 2016, then-Senator Sessions suggested that the Justice Department ought to be doing exactly that: “We need grownups in charge in Washington,” he said, “to say marijuana is not the kind of thing that ought to be legalized, it ought not to be minimized, that it’s in fact a very real danger.”

In D.C., where it’s legal for adults over 21 to grow, possess, and use marijuana, activists had already been campaigning for months against Sessions, while others had been hoping that President Trump’s apparent stance in favor of states’ rights on the weed question might prevail, even in a Sessions-controlled DOJ.

Federal law, via the annually-renewable Rohrabacher-Farr amendment — reintroduced last week — currently prohibits the DOJ from participating in enforcement actions against medical marijuana businesses and consumers in states where it’s legal. But only Obama-era policy, which Sessions can overturn, keeps federal law enforcement from targeting recreational marijuana businesses and consumers — or even from suing states to overturn their legalization laws. So some cannabis proponents now worry that Sessions could follow the example of George W. Bush-era Attorney General John Ashcroft, and target legal dispensaries, grower cooperatives, and paraphernalia vendors in the places where recreational use is legal.

Many say the coming fight could be biggest moment for change in marijuana policy — one that could go either way, given Sessions’ neutral statements on marijuana during his confirmation hearing.

Some proponents of drug policy reform are optimistic. “This is a perfect storm for activists to win,” said Adam Eidinger, co-founder of the DC legal marijuana advocacy group DCMJ. “This is probably the most important time in all the years I’ve worked on marijuana reform. We are literally at the end of the race.”

Despite Sessions’ concerns that too little has been done to enforce existing federal marijuana laws, according to the American Civil Liberties Union (ACLU), half of all drug busts in the United States are for marijuana. “Most of the people police are arresting aren’t kingpins, but people with small amounts of pot,” the group said in an analysis of national drug arrest data.

According to Common Sense for Drug Policy, annual arrests for marijuana possession are at their lowest levels since 1997. Still, hundreds of thousands of people are arrested each year, and some years they outnumber those arrested for all violent crimes, like murder, assault, and rape.

If the individuals charged are convicted, that can have significant, perpetual effects on their lives. Non-violent marijuana convictions can deleteriously impact people’s right to vote and their entitlement to public benefits — including public housing — and cripple their work prospects.

Historically, this adverse impact has disproportionately affected communities of color. Though both white and black people use marijuana at about the same rates, black marijuana users are arrested almost four times as often as white marijuana users, ACLU data shows.

For these reason, Eidinger and many others see continued marijuana criminalization as the most major civil rights crisis of this generation.

Could the Trump Administration Capitalize on Growing Support for Marijuana Legalization?

Human rights groups and legal marijuana activists aren’t the only ones who support a change in drug policy around marijuana. Almost 60 percent of Americans do too, a recent survey from the Pew Research Center shows. That is almost a complete reversal from just a decade ago, when 60 percent opposed it.

Because of this, as well as Trump’s reported belief that the issue should be decided by states, marijuana law reform groups like the Marijuana Policy Project (MPP) are hopeful that neither Trump or Sessions will interfere in the decisions of states to relax restrictions on marijuana. Enforcing the national prohibition of recreational marijuana would eliminate much of the oversight set by states which allow its use, and create “very messy gray area,” said Robert Capecchi, MPP’s director of federal policies.

It’s also costly, and would strain the financial and personnel resources of the DEA, which only employs about 4,600 special agents.

“They just don’t have the resources to do that,” Capecchi said. “And I don’t think that the taxpayers in Tennessee want their federal tax dollars going toward [DEA] action busting medical marijuana patients in North Dakota, for instance.”

Conversely, legalizing marijuana for recreational use nationally would generate millions in tax revenue. A year after it became the first state to permit legal buying and selling of marijuana, Colorado made $53 million in tax revenue from its sale. Legalization also creates jobs.

In D.C., Eidinger and others are hopeful that these revenue possibilities could convince the federal government to legalize recreational marijuana nationwide, a win-win for both the government and marijuana users.

In addition to partnering with other groups to push for the federal legalization of recreational marijuana, DCMJ is lobbying Congress to dismantle legislation that bars medical marijuana cardholders from other states from buying weed in the District. It will also request a meeting with Trump in April — around the 20th of the month.