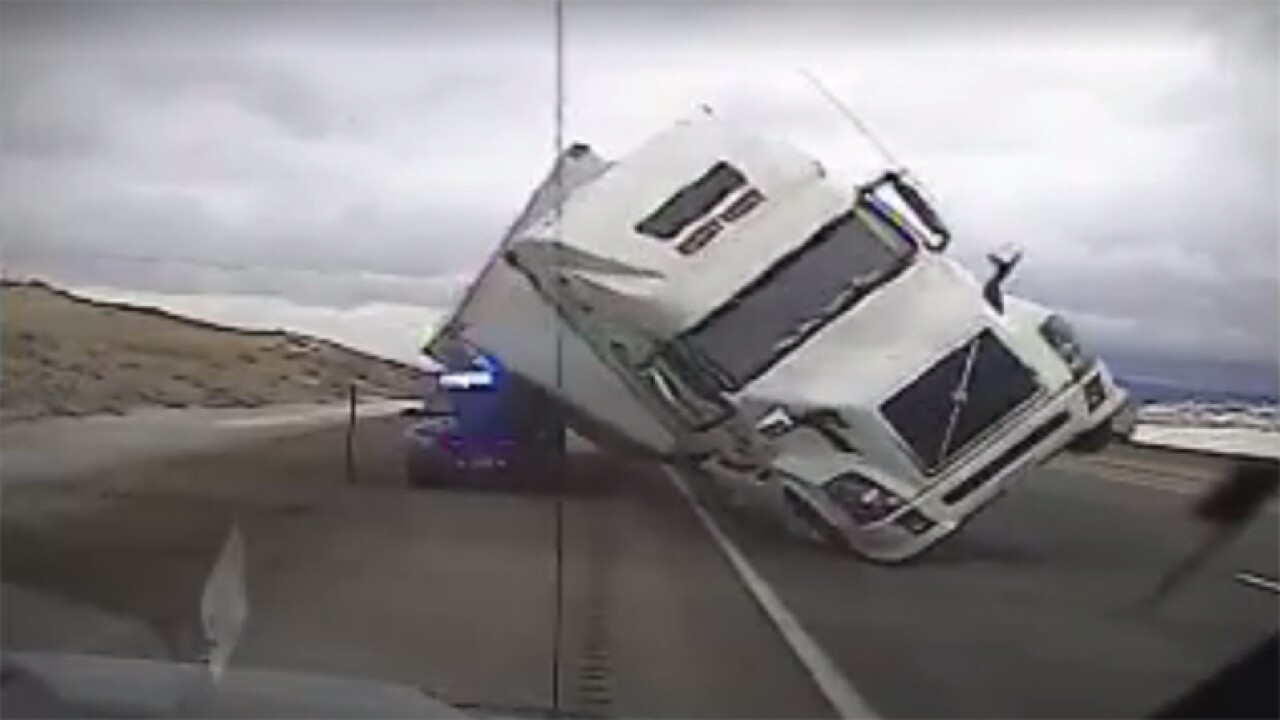 ELK MOUNTAIN, Wyo. — The Wyoming Highway Patrol hopes a dramatic video (below) of a semi-trailer tipping over and smashing a patrol car will remind drivers to heed heavy wind warnings.

The video was captured Tuesday near Elk Mountain, Wyoming, as three troopers responded to assist drivers who were involved in other crashes along I-80.

According to a Facebook post by the Wyoming Highway Patrol, those three troopers were outside of their vehicles and not injured when heavy winds caused a semi-trailer to fall on its right side and crush a patrol car parked in the emergency lane. The semi-trailer’s two occupants also escaped without injury.

“All we ask is that you please follow high wind advisories and closures when you are traveling in our great state. Even if you plan to travel at reduced speeds. Hopefully this video illustrates why,” Wyoming Highway Patrol’s Facebook post said.

Video (please wait a moment for the embedded video to load):