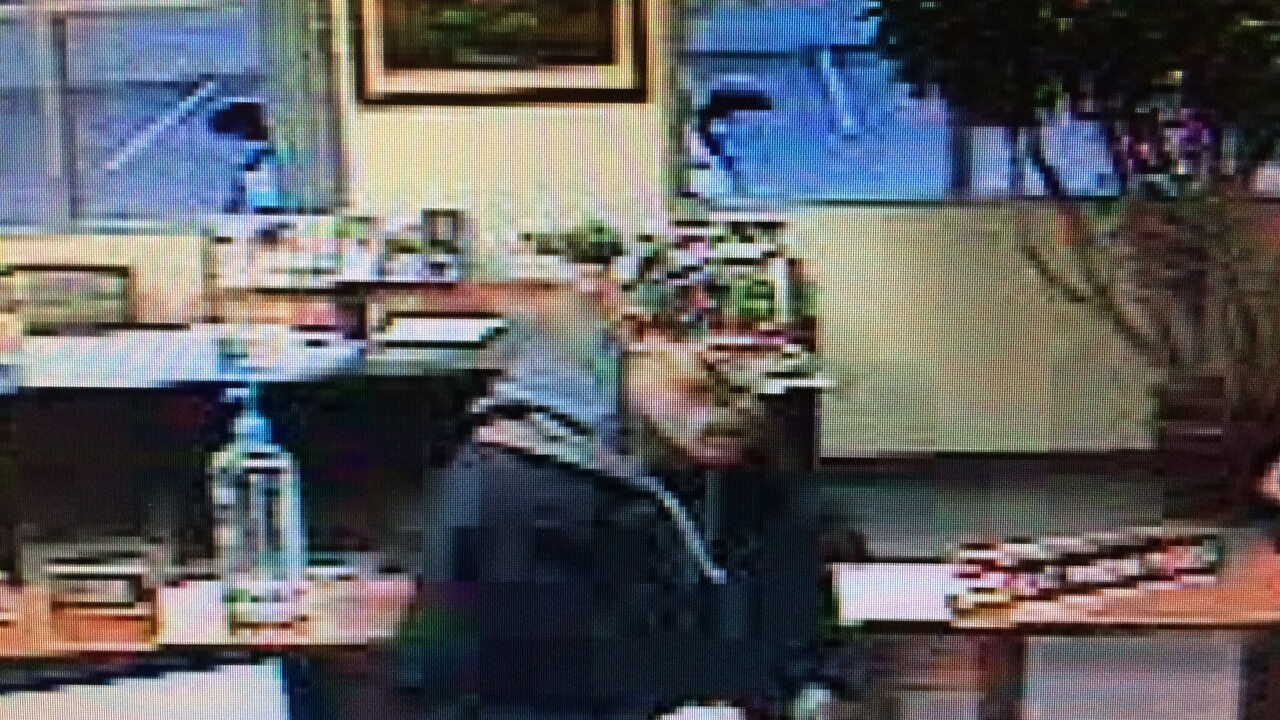 SOUTH SALT LAKE, Utah — Police in South Salt Lake are hoping the public can identify a man suspected in a robbery at a credit union Thursday evening.

According to the South Salt Lake Police Department, the robbery occurred around 5:29 p.m. at Trans West Credit Union at 39 West 2100 South.

The suspect gave a note to the teller demanding cash, and he fled on foot after the teller complied. He was last seen fleeing southbound on Richards Street (55 West).

The man did not display a weapon during the robbery, and there were no injuries.

The suspect is pictured above and is described as a white male who stands 5-feet, 11-inches tall and has a slender build. He has deep-set eyes, a “chiseled face”, and a long nose. He was last seen wearing a camouflage baseball cap, a dark gray hoodie, a black jacket and blue jeans.

Anyone who recognizes the man or who has information about the robbery is asked to call South Salt Lake Police Dispatch at 801-840-4000.