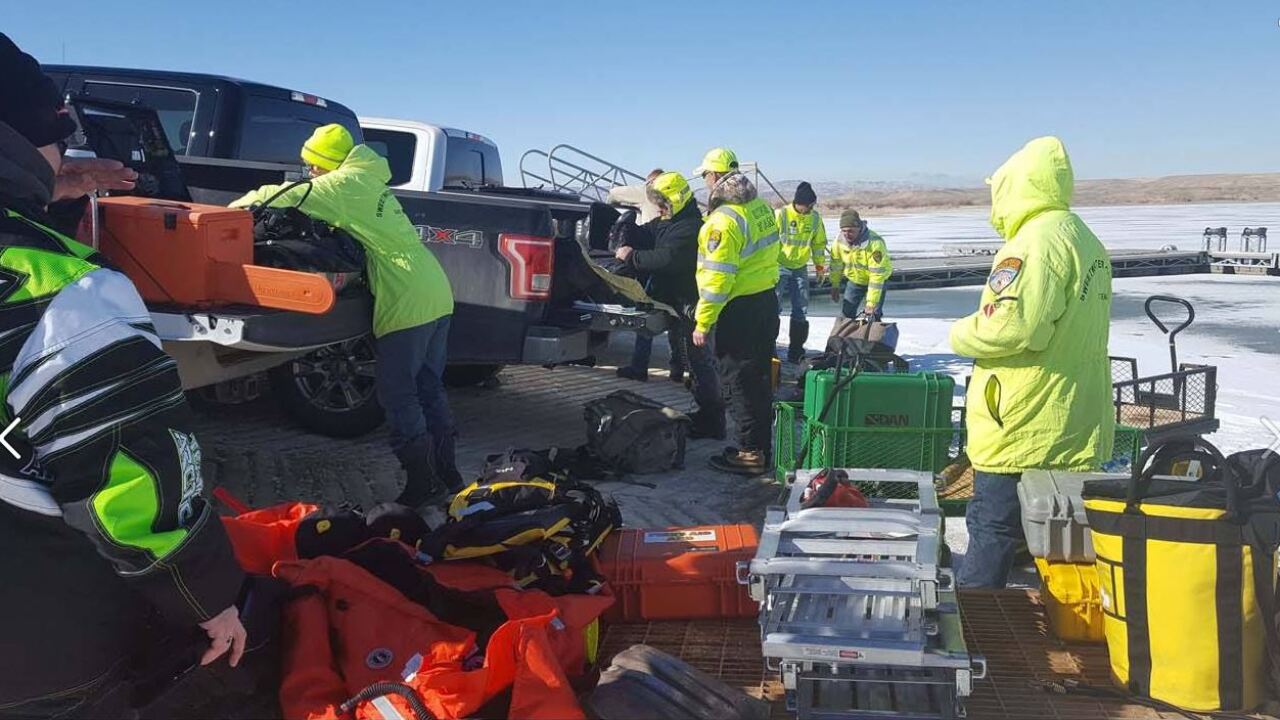 FLAMING GORGE — Divers located the body of a Utah woman beneath the ice in Flaming Gorge Sunday, according to the Sweetwater County Sheriff’s Office.

Authorities say 59-year-old Rebecca Weston of Plain City was with three family members in a tracked all-terrain vehicle during an ice-fishing outing Saturday when the ATV went through the ice.

The others in her group made it out of the water, but Weston was unable to escape.