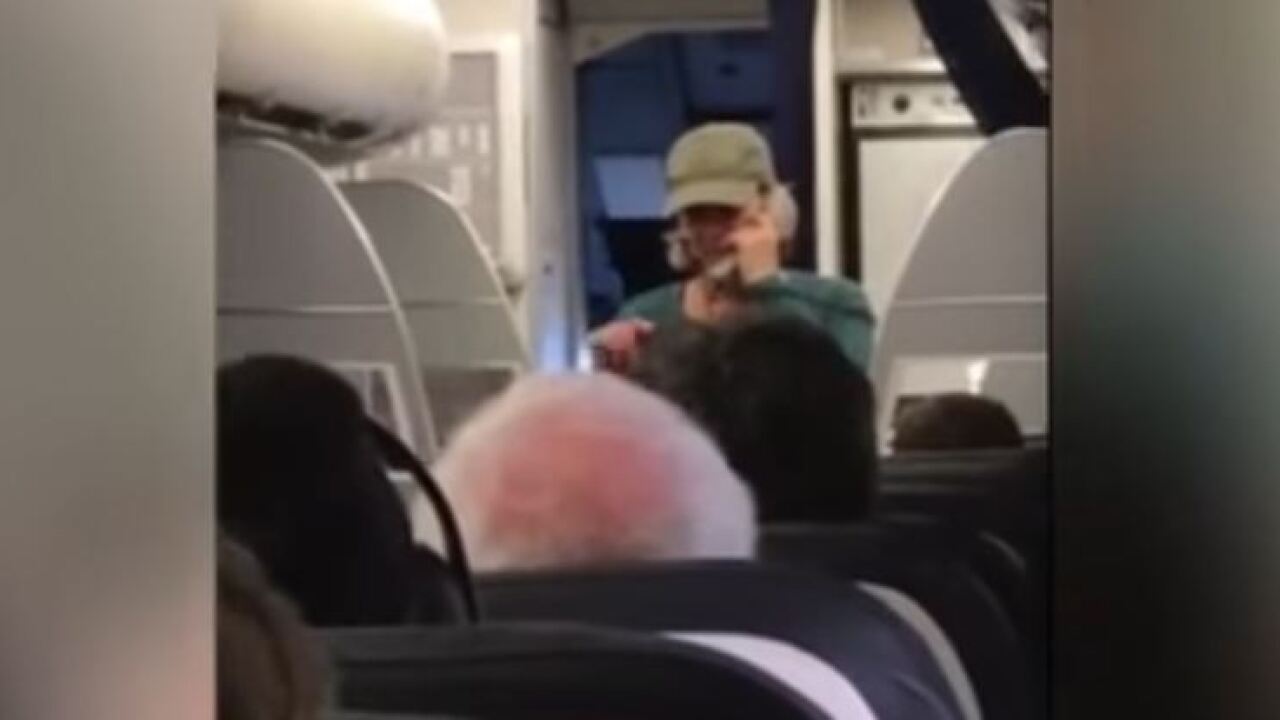 (CNN) — A flight out of Austin, Texas, was delayed after a pilot behaved in a way that caused passengers to believe she was mentally unstable, a United Airlines spokesman said Sunday.

The pilot, whom CNN is not naming, boarded the plane in street clothes and began speaking to passengers over the intercom, spokesman Charlie Hobart said. A YouTube video posted by Tech Trends appears to show a portion of the incident.

Passengers on Saturday’s San Francisco-bound flight took to social media to express concerns after the pilot spoke to them about her divorce and the presidential election, among other issues.

One passenger, whose Twitter bio identified him as Randy Reiss from San Francisco, tweeted that the pilot called Hillary Clinton and President Donald Trump “a**holes” and, at one point, said that she was going “to be on Oprah.”

Some passengers said on social media that they got off the plane. Another pilot was brought in and the flight took off about two hours later, Hobart said.

Hobart said he didn’t have more details about the incident, including why the pilot was allowed on the plane in plain clothes and if anyone thought something was amiss before she boarded.

United will discuss the incident with the pilot, he said.