POCONO MOUNTAINS, Pa. — Photographer Seph Lawless is sharing what he calls a “heartbreaking” look at some of the resorts that made the Poconos the “Honeymoon Capital of the World.”

While the resorts became super popular starting back in the 1960s, Lawless says times have changed and “the honeymoon is over.”

He said many of the most popular resorts in the area are now empty and abandoned. 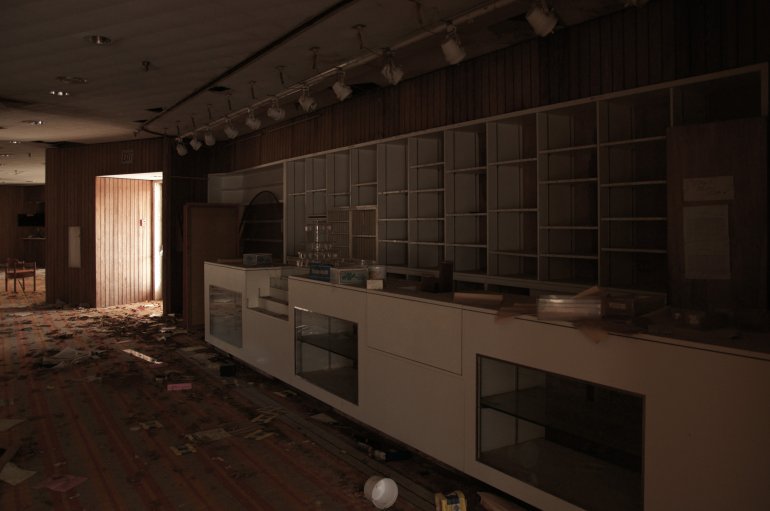 “The Penn Hills Resort closed its doors in 2009, though it was already suffering for years before its demise…A walk inside is like walking into a time capsule back into the ‘70s, replete with shag carpeting and ceiling mirrors. Most rooms are equipped with heart-shaped beds, mattresses, and the aforementioned hot tubs. The pool is filled with murky, green water resembling something out of a horror movie.”


“The Buck Hill Inn could possibly be the most beautiful abandoned hotel I’ve ever seen. Built in 1929, at one time it boasted over 400 guest rooms of pure elegance. Buck Hill Falls is known for its natural beauty, each room with a great view of the Pocono mountains. The front entrance to the Buck Hill Inn is intimidating: an architectural marvel both hauntingly beautiful and inspiring.”


“The Summit Resort, a couples and honeymoon escape located in Tannersville, closed in 2002…The sprawling site has several abandoned small cabins throughout the area that were built along the river. Each room is equipped with ‘1970s design layouts, from vintage fireplaces and lamps to dated phones and textiles.”

“For a good part of the twentieth century, the Unity House provided relaxation, education, and entertainment to thousands of blue-collar Americans…It was forced to close its doors in 1998 from lack of patronage. As I walk around the sprawling site I encounter several decaying structures, which are all eerie remnants of the past. Today, the Unity House is a shell of its former self.”

Several of the photos will be included in Lawless’ next book, “Autopsy of America: The Death of a Nation,” which will be released worldwide in April 2017.

Lawless has previously shared his photos of an abandoned “Land of Oz” park, the lasting damage of Hurricane Katrina in New Orleans and a forgotten NASCAR track in North Carolina.