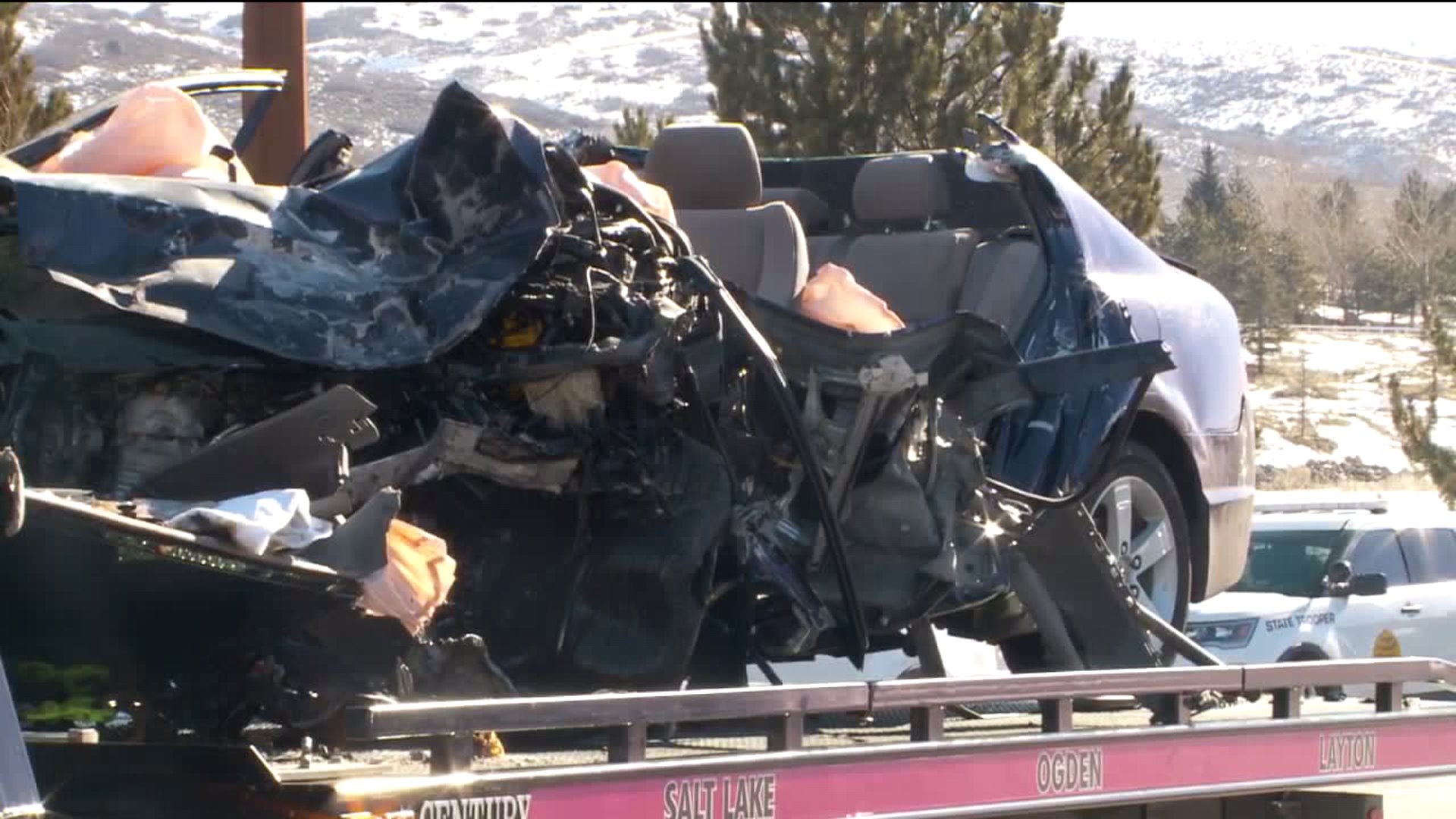 According to a representative for the Utah Highway Patrol, the crash happened at 7:18 on U.S. Highway 40, near mile marker 14.

According to UHP, there weren’t any weather conditions that could have contributed to the crash and they don’t know what led to the collision.

Both directions of Highway 40 were closed as the crash was investigated. Shortly after 11 a.m., the Utah Department of Transportation said the highway has reopened.

The victims have not yet been identified.