Youth basketball team forfeits rather than play without girl teammates 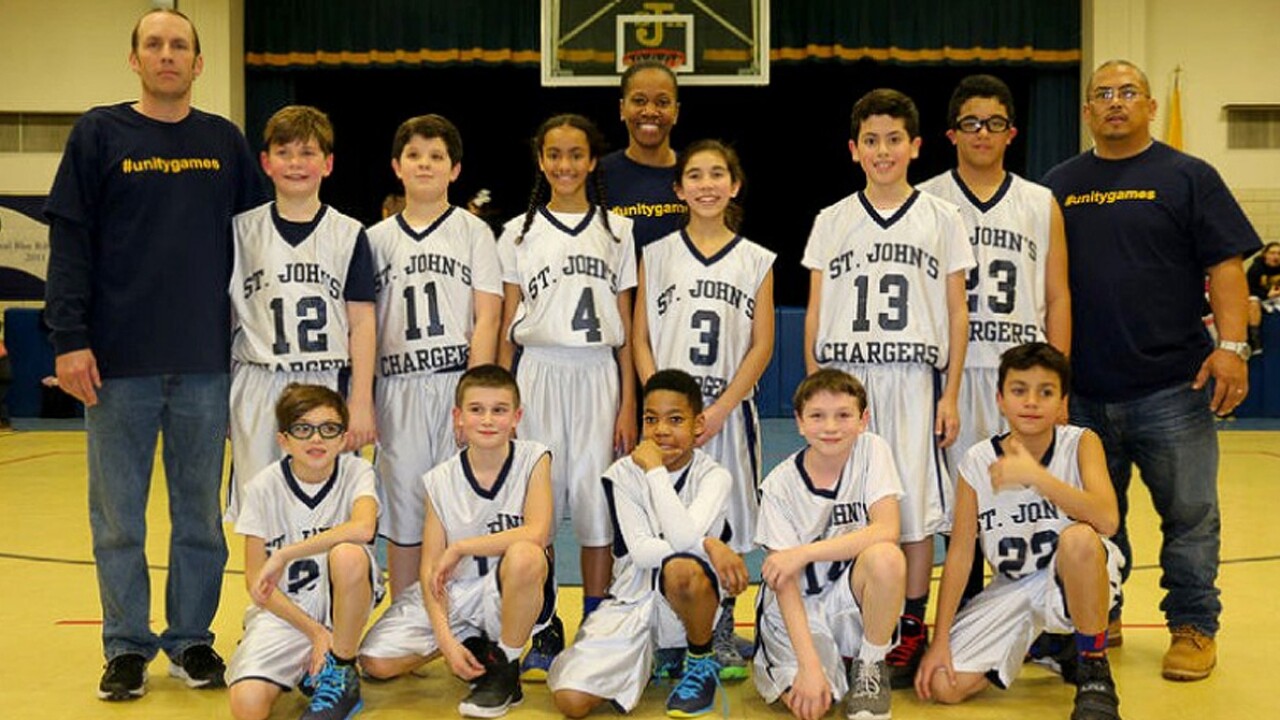 CLARK, N.J. — Parents raise their children hoping they will grow to stand up for what is right, and players on a fifth-grade coed basketball team in New Jersey made their parents proud this past weekend.

Teammates decided unanimously they would rather forfeit the rest of their season than continue playing without the girls who were part of the team.

Many of the players on the St. John the Apostle Parish School team had been playing together since second grade, and this season the squad was comprised of nine boys and two girls.

The coed team had played 10 games so far this season with no one raising an issue about league regulations on age and gender.

Two weeks ago, league officials said the team had to forfeit those first 10 games, citing league rules that they should never have played as a coed team, according to Matthew Dohn, a parent whose son plays on the team.

Though coed teams are allowed in the Catholic Youth Organization league until fourth grade, the team of fifth-graders now falls under middle school rules that prohibit coed teams, James Goodness, spokesman for the archdiocese of Newark told CNN.

Dohn claimed these rules were not clearly posted anywhere. The league’s director could not be immediately reached for comment.

The St. John’s Chargers were sitting in third place in their division going into Friday night’s game and would still have been allowed to compete in the league playoffs, but only if the girls did not play, the parent said.

League referees and St. John’s opponents were waiting to start the game, and the team’s coaches and parents asked the players what they wanted to do.

“Show of hands, play as a team?” the players were asked.

All 11 Chargers players raised their hands, Dohn said. A coach then reminded the team that they would not be allowed to compete in the playoffs if they stayed as a team and they would forfeit the rest of the season.

“It doesn’t matter,” one player replied, according to Dohn.

“I was filled with emotion and joy,” Dohn told CNN.

“They’re only kids but they know what’s important.”

The game and season were forfeited but the team still played a scrimmage amongst themselves, with half the team wearing their white uniforms and the other half in custom-made, navy-blue T-shirts with “#UnityGames” written across the front.

Team parents made the shirts following the notice two weeks ago that league rules were violated.

Representatives from St. John the Apostle Parish declined to comment.

Although the team’s season is officially over, Dohn said they will continue to practice together.