Man suffers burns on his face, home a total loss after fire in Provo Canyon

PROVO CANYON, Utah — A man suffered burns on his face and a home in Provo Canyon is a total loss after a grill malfunction led to a structure fire Tuesday afternoon.

Video shot by Stewart Manning shows the home engulfed in flames, and photos from fire officials show the aftermath.

Janet Carson, a Public Information Officer for Wasatch County Fire District, said the structure is a second home for a family. A caretaker who was at the residence turned on the grill, which is located in a partially covered breezeway attached to the garage.

The grill malfunctioned and a fire broke out, and the blaze spread to the garage and then to the rest of the home.

Carson said the caretaker didn’t call 911 right away but instead tried to put the fire out himself. By the time crews were notified and arrived on scene, the home was about 50 percent engulfed in flames.

Carson said the caretaker suffered burns on his face, but his exact condition was unknown.

The home along with two vehicles are considered a total loss. 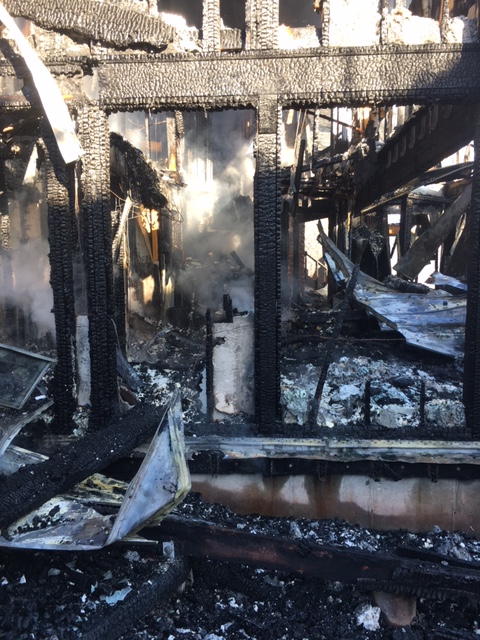