‘Who’s the daddy?’ Billboards for paternity testing cause stir in military community 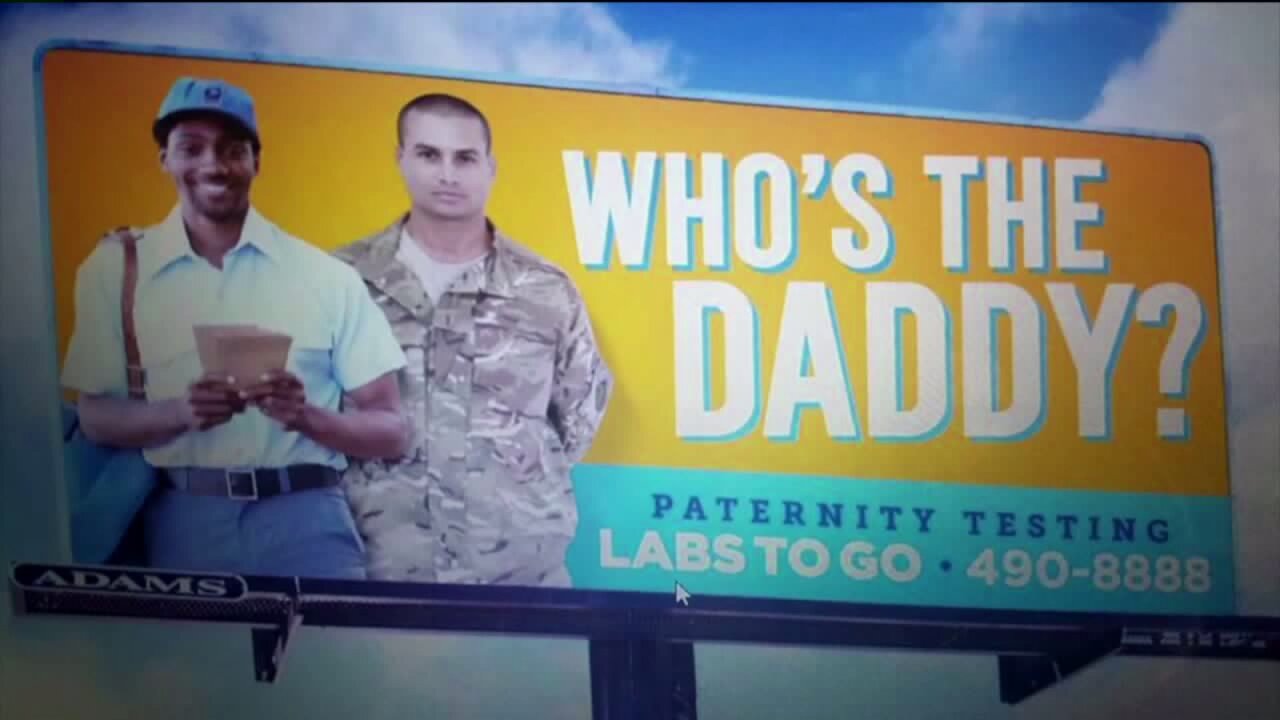 ‘Who’s the daddy?’ Billboards for paternity testing cause stir in military community. – WTKR

HAMPTON ROADS, Va. - 'Who’s the daddy?' That is the catch phrase on a billboard off Armistead Ave. near Downtown Hampton.

The billboard features featuring two men in uniform: a postman and a military man, and the catch phrase is advertising paternity testing for a local lab company out of Virginia Beach.

Then, another paternity testing billboard on display in Norfolk. This one reads: ‘Is the mother a liar?’ Both ads are for the same company, Labs To Go, based out of Virginia Beach.

Some say the ad campaigns are causing a stir in the local community, particularly with military families.

‘Who’s the daddy?’ Billboards for paternity testing cause stir in military community. - WTKR

“I’m offended as a woman that this is something that is being put on billboards,” said Erin McMenamin, a Norfolk resident who has been a military spouse for 15 years.

McMenamin also councils military families at her job at Watermark Psychological Services, and she thinks the billboards are sending the wrong message to children and husbands.

“They just send a message that men should be worry about what their wives are doing while they are gone.”

There are two sides to every ad campaign, however. We sat down with the president of Labs To Go, Cheree Owens.

“It was absolutely not to offend anyone,” Owens told News 3’s Merris Badcock.

‘Who’s the daddy?’ Billboards for paternity testing cause stir in military community. - WTKR

Owens stands by her billboards.

“It was to spark humor, and it only may offend someone who may fit in that category,” Owens said.

Owens says she deliberately chose to feature men in uniform despite the controversy she knew the ‘Who’s your daddy?’ billboard would cause.

“It’s reality,” she said simply. “This is something that I see in my office every day. A lot of military are coming in [and] having paternity tests because they were gone.”

Owens says she has gotten a few calls complaining about the billboards, but the majority of calls have come from people who have seen the ad, and are requesting paternity testing.

Whether you hate them or love them, Owens says she is not taking the billboards down.