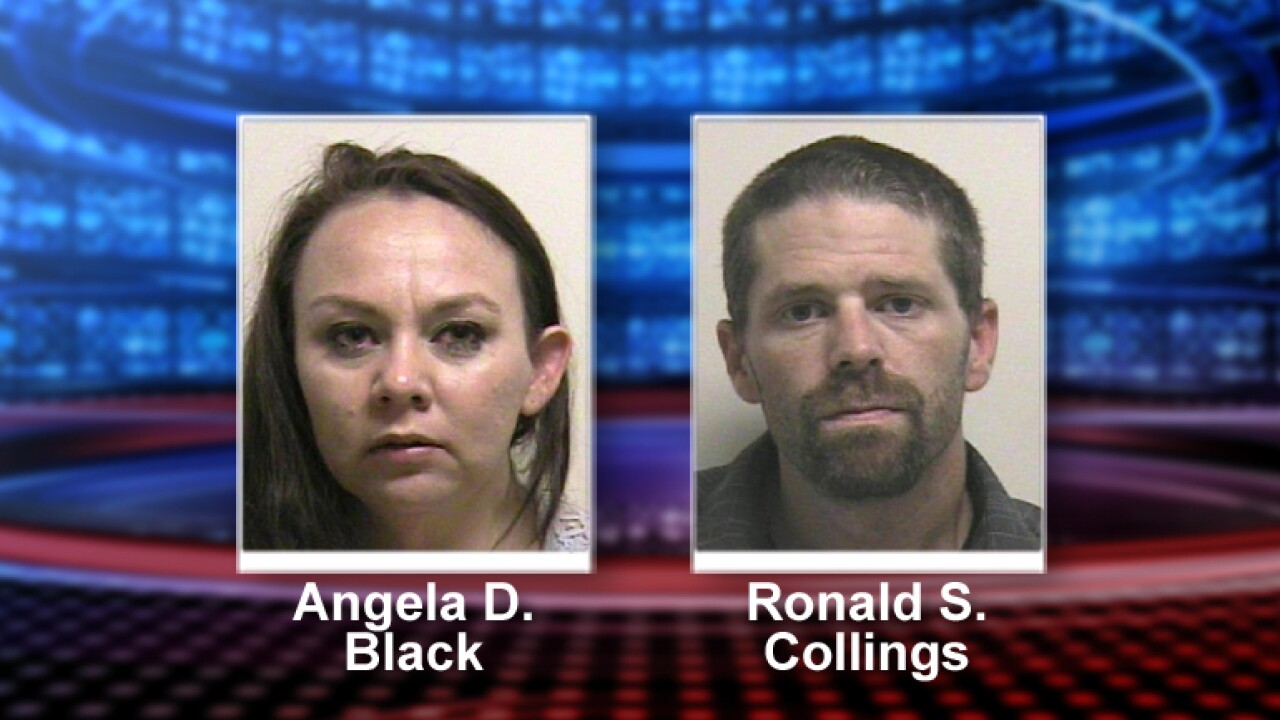 PAYSON, Utah — A man and woman from Payson have been booked into jail facing 16 counts of mail theft each after they allegedly stole mail from homes in Utah County.

According to the Utah County Sheriff’s Office, police responded to a report of mail theft January 21 around 2 p.m. and found a vehicle matching the suspect description.

Angela Dawn Black, 40, was driving the car and Ronald Scott Collings, 37, was a passenger. Police say both people admitted to stealing mail from mailboxes, and officers found 54 items of mail taken from 16 different homes.

Four of the homes are in Provo and the other 12 are in an unincorporated part of Utah County.

Police did not arrest the pair at that time, as they wanted to continue their investigation. Both suspects have prior convictions for theft, and police say the theft charges will be enhanced to third-degree felonies in this case due to their history.

According to information released Wednesday, both Black and Collings face 16 counts of mail theft each, and both have been booked into the Utah County Jail.