The Utah Highway Patrol says a semi with a 53-foot box trailer lost control while traveling too fast for the wet conditions, slid across the left lanes and struck the center barrier near 1000 South.

While the trailer was empty, the crash still sent debris across all northbound lanes. After the crash, the semi jack-knifed and came to a rest blocking the center lanes.

The semi’s fuel tank ruptured, and about 12 gallons of fuel spilled onto the roadway and combined with rain to make for slick conditions. UHP closed all but one southbound lane and the exit lane as crews cleared the scene.

No other cars were involved, and there were no injuries reported.

“He didn’t strike any other vehicles, just the wall,” Cpl. Scott Attridge of UHP said. “We did luck out on that aspect.”

No drugs or alcohol were involved, police said. 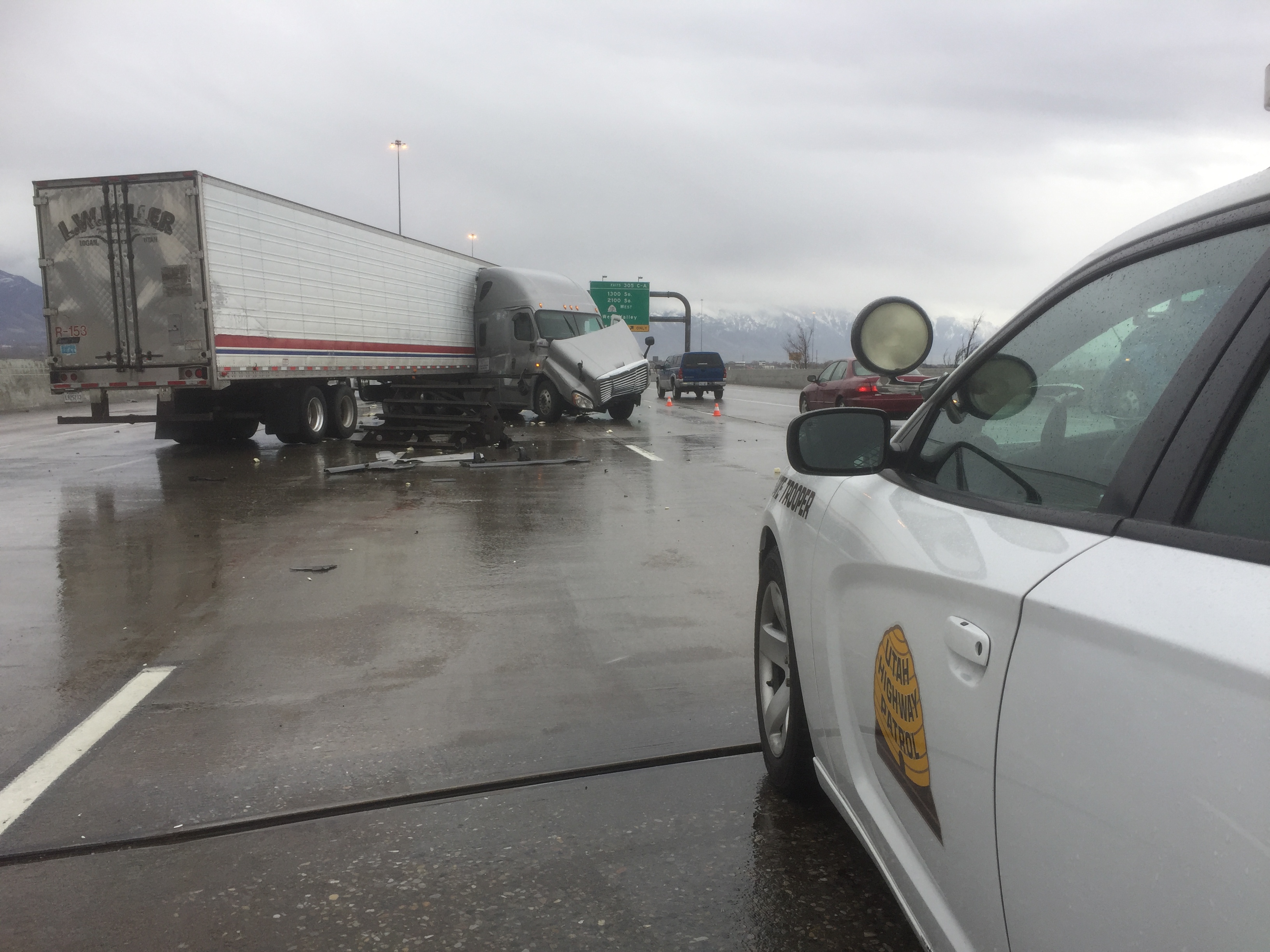