TREMONTON, Utah -- Residents in parts of Box Elder County are facing flooding Sunday, and several homes in Tremonton have lost power as water fills the streets.

Box Elder County Dispatch said several homes have flooded in Tremonton, and they said the water appears to be the result of heavy runoff from melting snow.

Residents in the area of 1600 West and 125 North in Tremonton sent several photos and a video showing a street covered in water with large banks of snow scattered along sidewalks. Those residents said they saw a puddle in their street Saturday night, but woke up Sunday to find things had gotten much worse.

Tremonton Mayor Roger Fridal tells Fox 13 News he has lived in the area his entire life, but he has never seen flooding like this before.

"No, never in my life have I seen this much water in one place," he said. "We are not getting rid of it, we're pushing it around the neighborhoods. We're pumping it into retention basins here, we're pumping it out on the street. We're trying our best to make it so it doesn't rise."

Fridal said they've been having problems with a pipe under one of the roads, leading to a build-up of water. He said that pipe is managed by UDOT, and they've asked them to address the issue in the past.

"I think that it's awesome," Fridal said of those volunteers. "These terrible things that happen to a community, it brings the best out in people. People have stopped me and said, 'Can I come and help, is there anything I can do?'"

The American Red Cross of Utah is also in the area to assist residents, many of whom have lost power.

Other photos taken in Elwood showed water covering fields and moving onto roads. 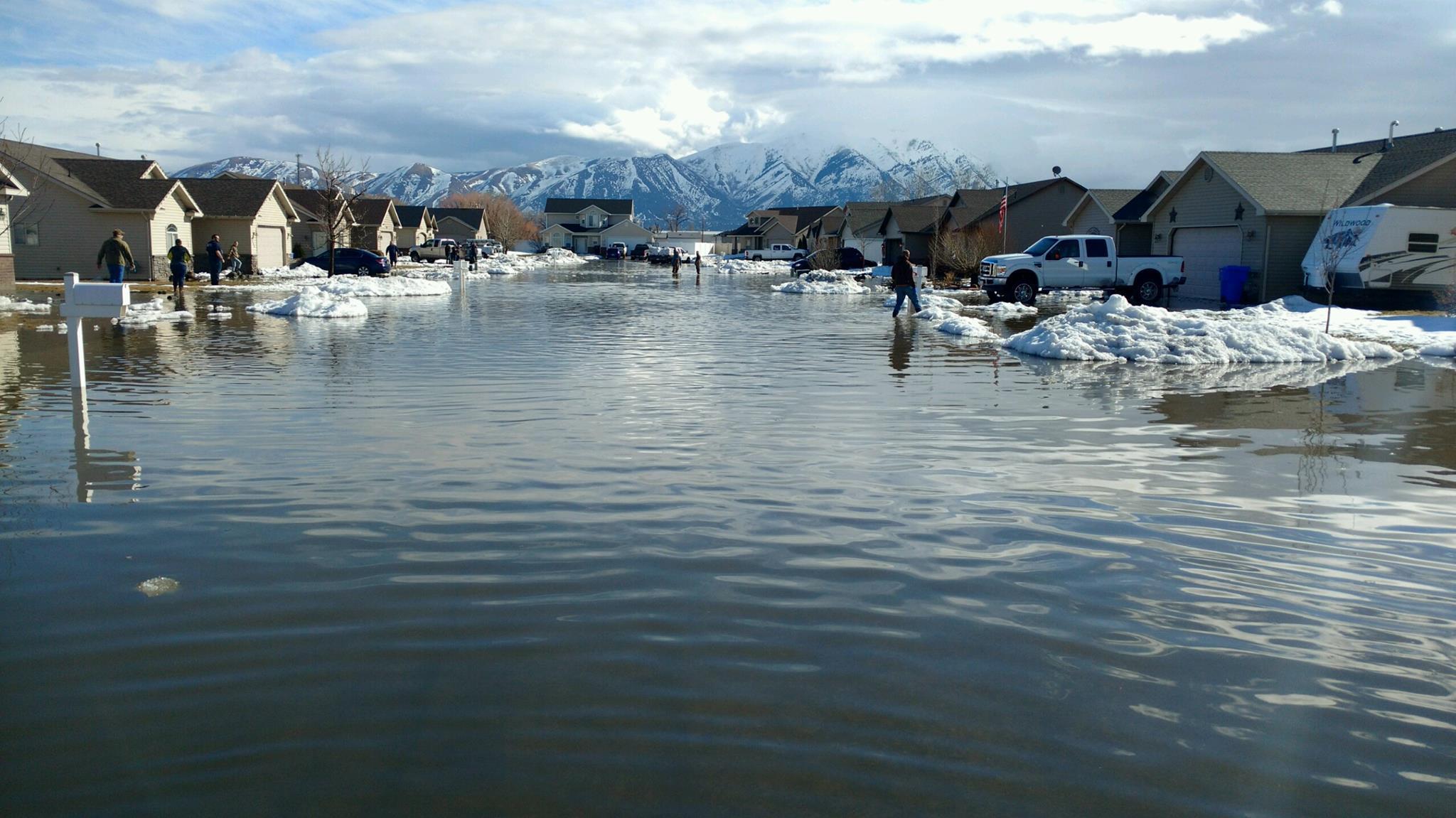