The participants called it the "Not My President's Day" march and rally.

Marchers gathered at 9 a.m. in front of the Wallace F. Bennett Federal Building.

They walked down State St. and gathered in Washington Square for a rally at 9:45 a.m.

The rally ended before 11 a.m. and featured speakers from several community groups, including "Utahns Against Police Brutality" and "Comunidades Unidas." 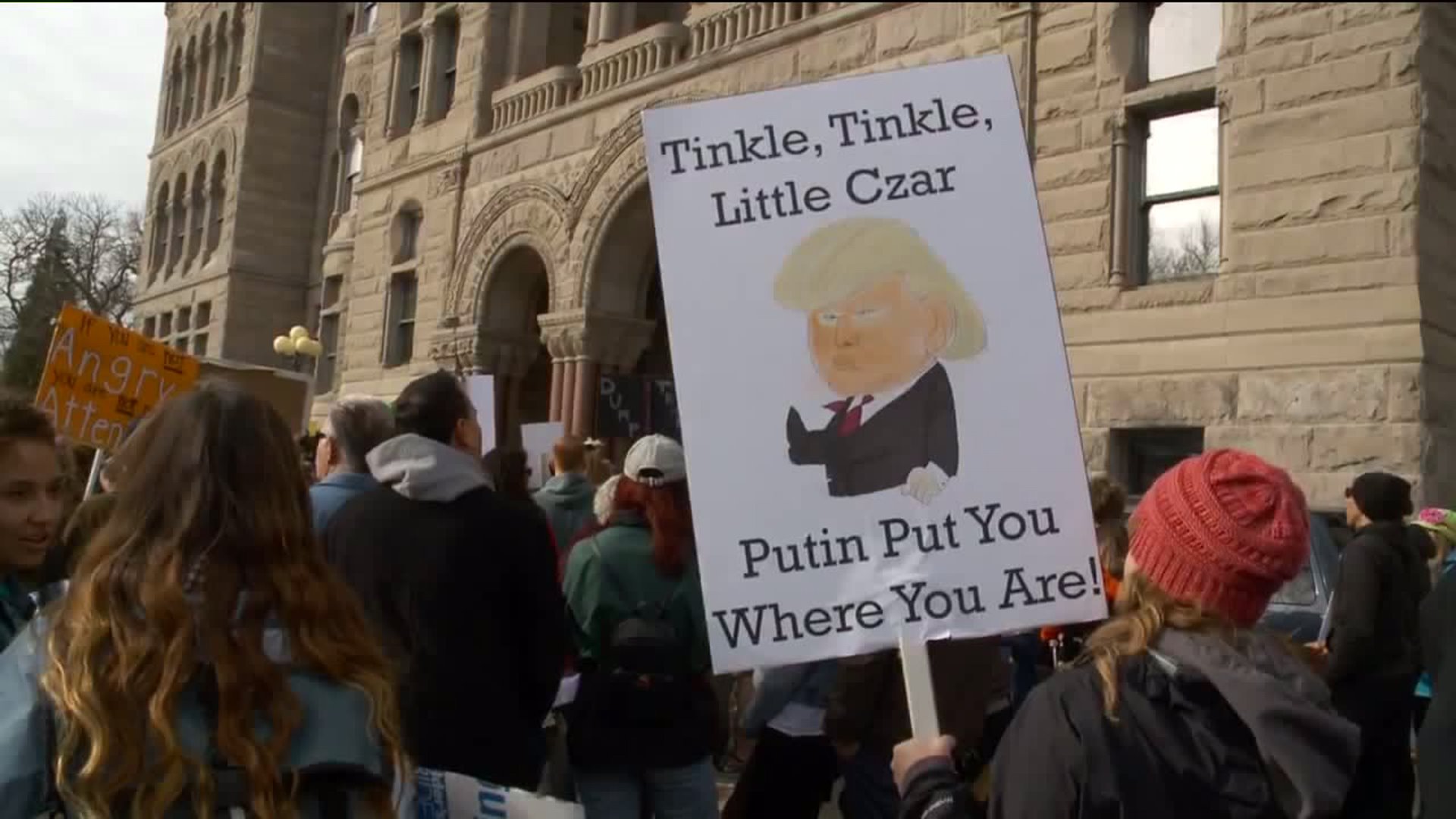