Hundreds turn out in SLC for ‘Not My Presidents Day’ 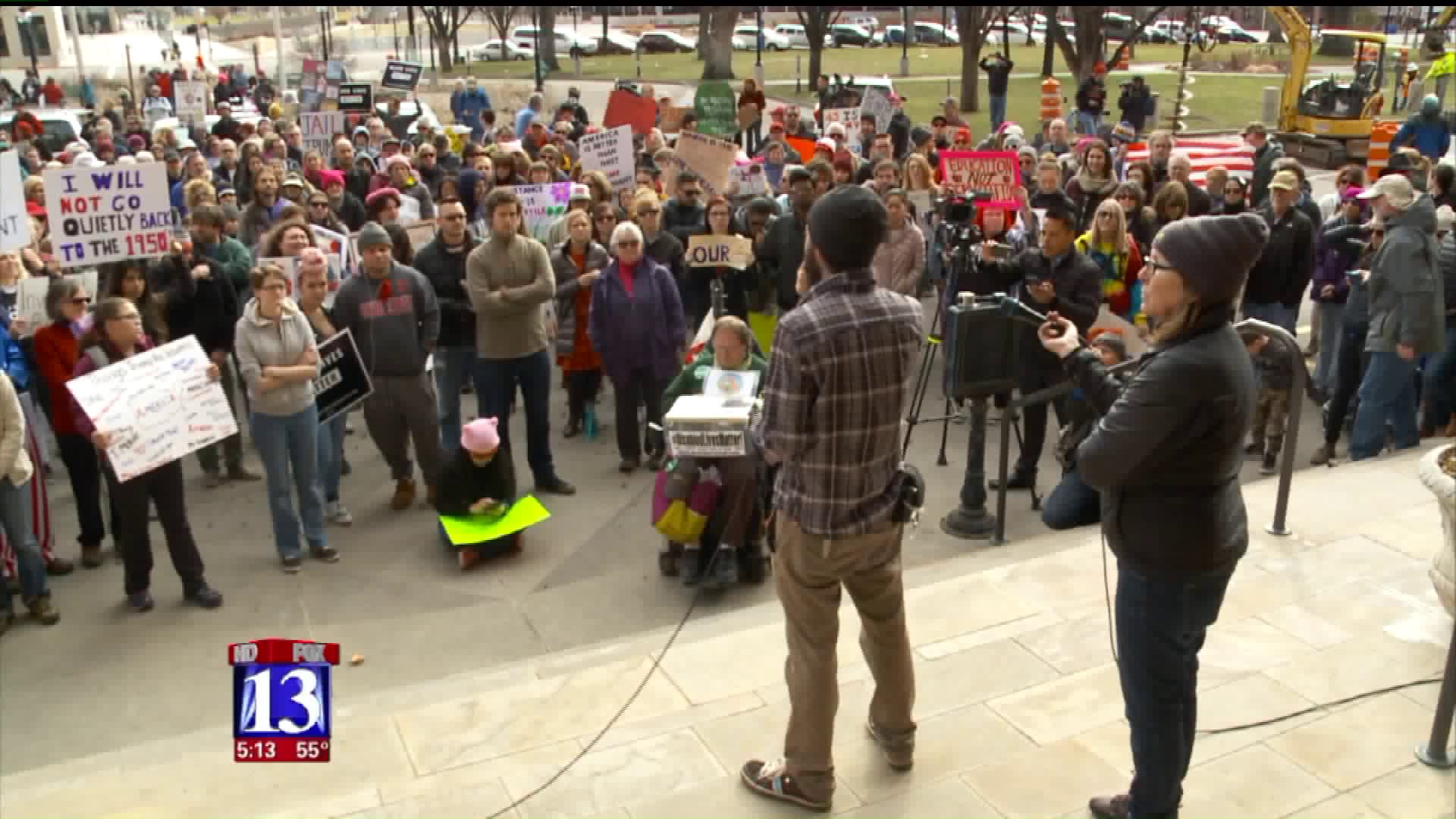 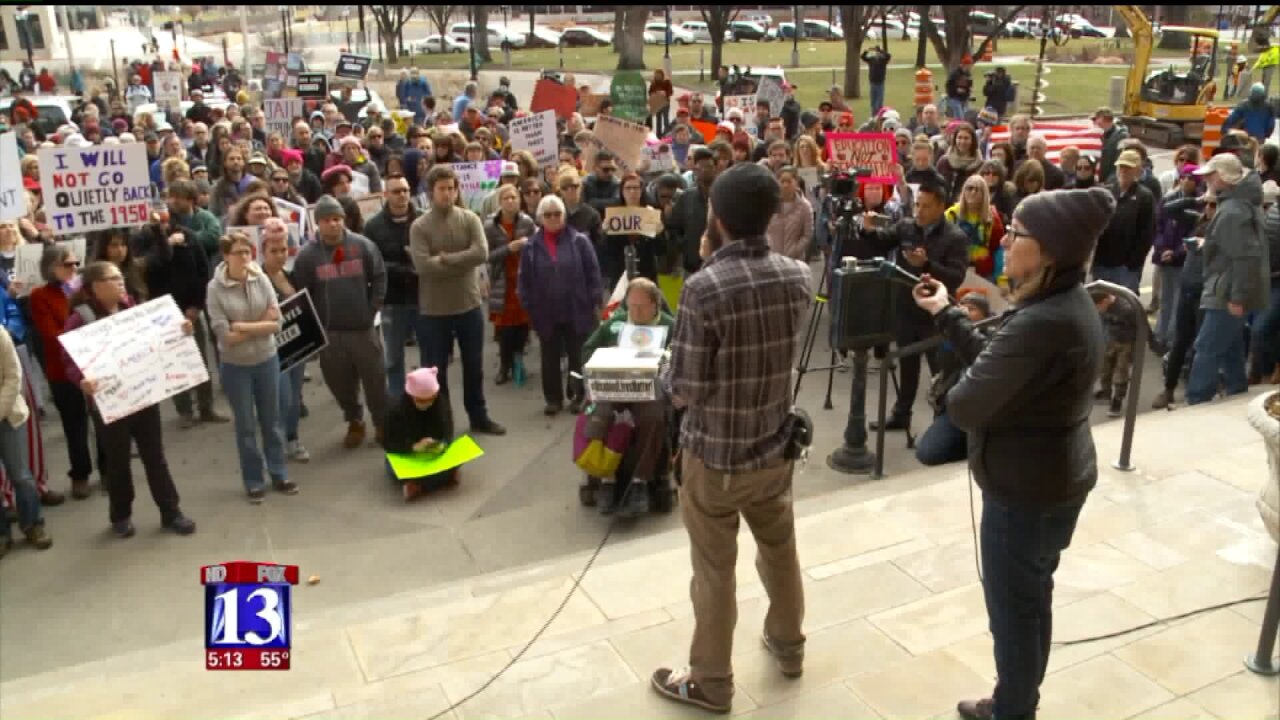 Hundreds of Utahns chose to spend President's day marching through a brisk wind and chanting their protest of the policies of President Donald Trump for "Not my President's Day" Monday.

The provocative title was started by activists in Los Angeles and caught on in cities around the country in other big cities like Chicago and New York and state capitols like Salem, Oregon and Austin, Texas.

Utahn Talia Bruce says political activism is a new thing for her.

"I think people are engaging in politics at a level that we've never seen before, myself included," said Bruce.

"I think we've been witnessing a power grab by the executive branch for the last few administrations, and we are now primed for a dictatorial overtake. I am not being hyperbolic and I sincerely believe our democracy is at risk," said Bruce.

The march took protesters from the Wallace Bennett Federal Building to the City-County Building where they gathered on the steps of city hall to hear speeches.