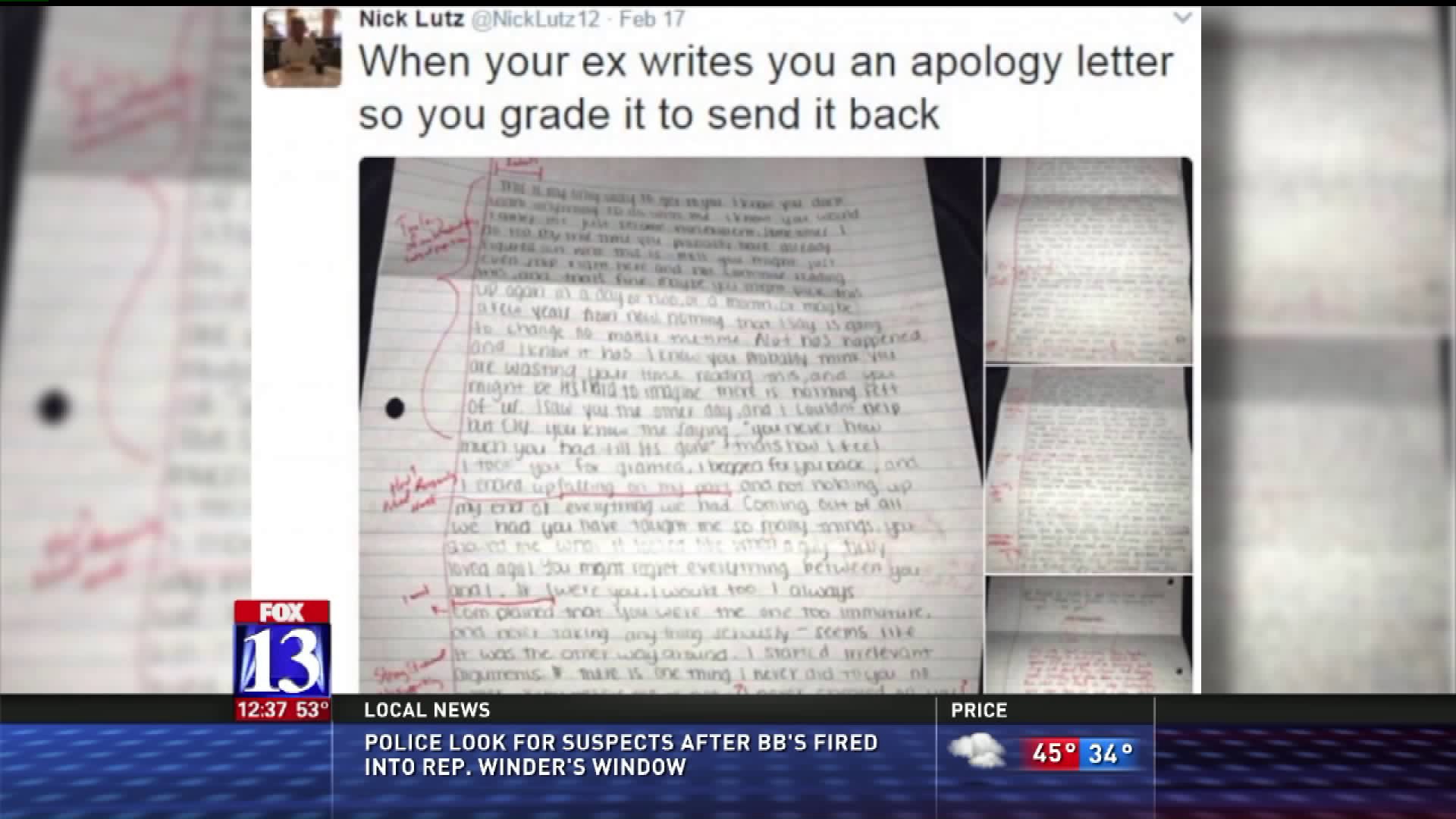 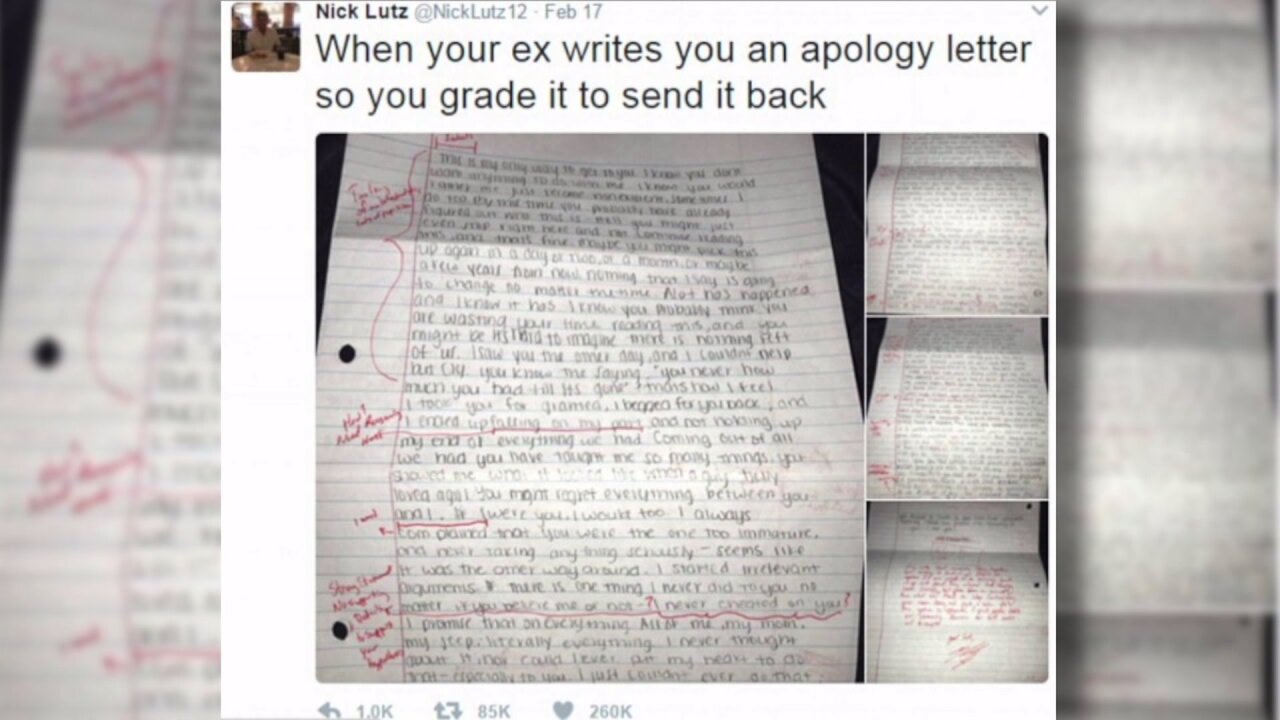 DELAND, Fla. - A 20-year-old Stetson University student got a four-page letter from his ex-girlfriend apologizing for cheating and for the way their relationship ended, accepting the blame.

Instead of going for the tissues, he grabbed a red pen.

Nick Lutz tweeted photos of the letter with the caption,"When your ex writes you an apology letter so you grade it to send it back."

Lutz called out her "useless fillers" as well as her "lackadaisical" handwriting.

He then summarized his findings at the end giving her a D- grade.

When your ex writes you an apology letter so you grade it to send it back pic.twitter.com/MczdjcCiil