SALT LAKE CITY - A man is in critical condition and his dog has died after a Salt Lake City house fire Tuesday afternoon.

The man suffered burns on the upper half of his body, as well as smoke inhalation, according to officials, he was rushed to the University of Utah Hospital in critical condition.

Fire officials said the man's dog did not survive.

UPDATE: residential Fire contained, adult male victim is critical and transported to u of u hospital. His dog didn't survive the incident.

So far, there is no word on how the fire started.

The fire department estimates about $100,000 in damages. 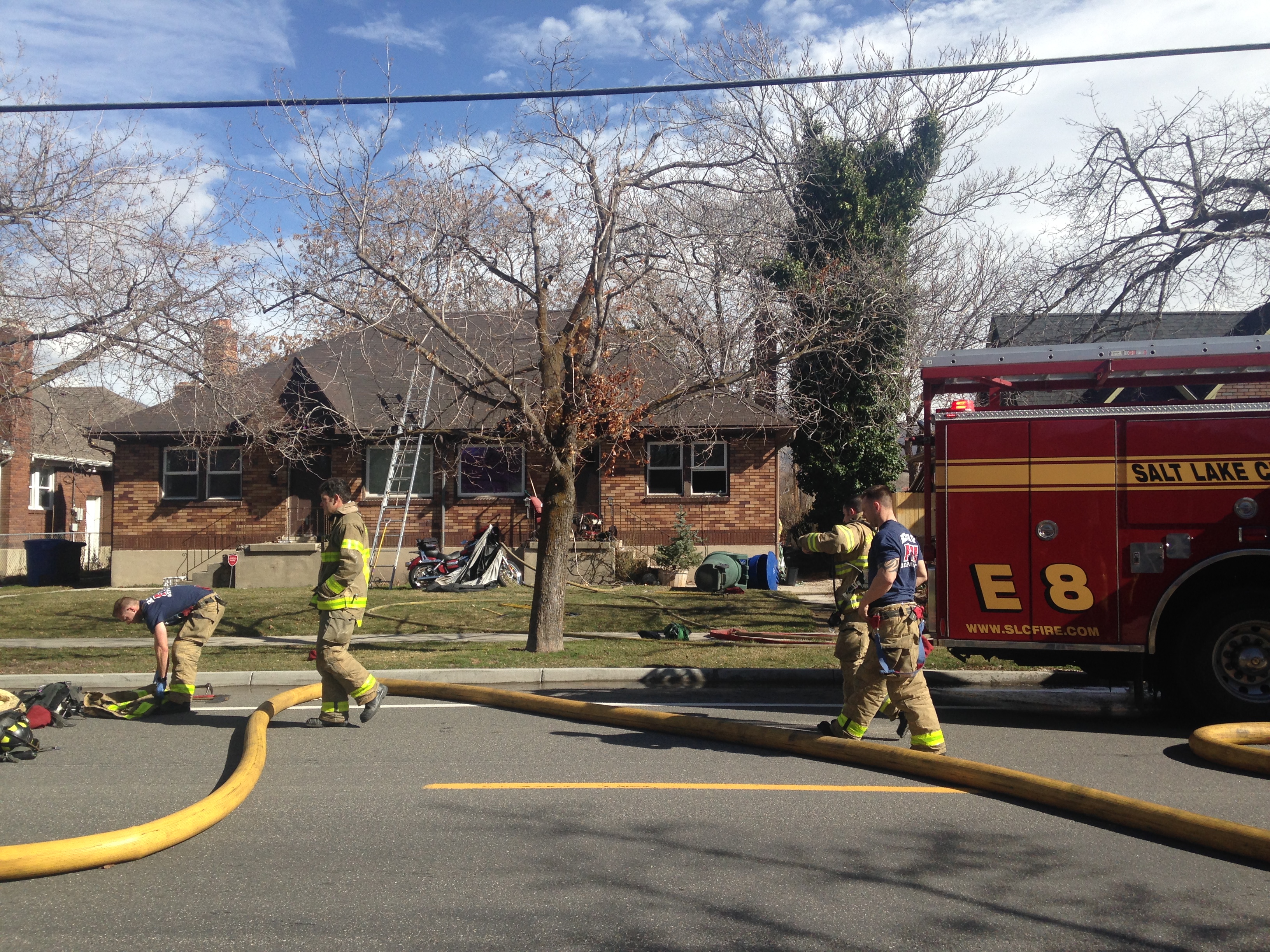