Man killed in crash after spinning out on icy I-15, colliding with semi-trailer 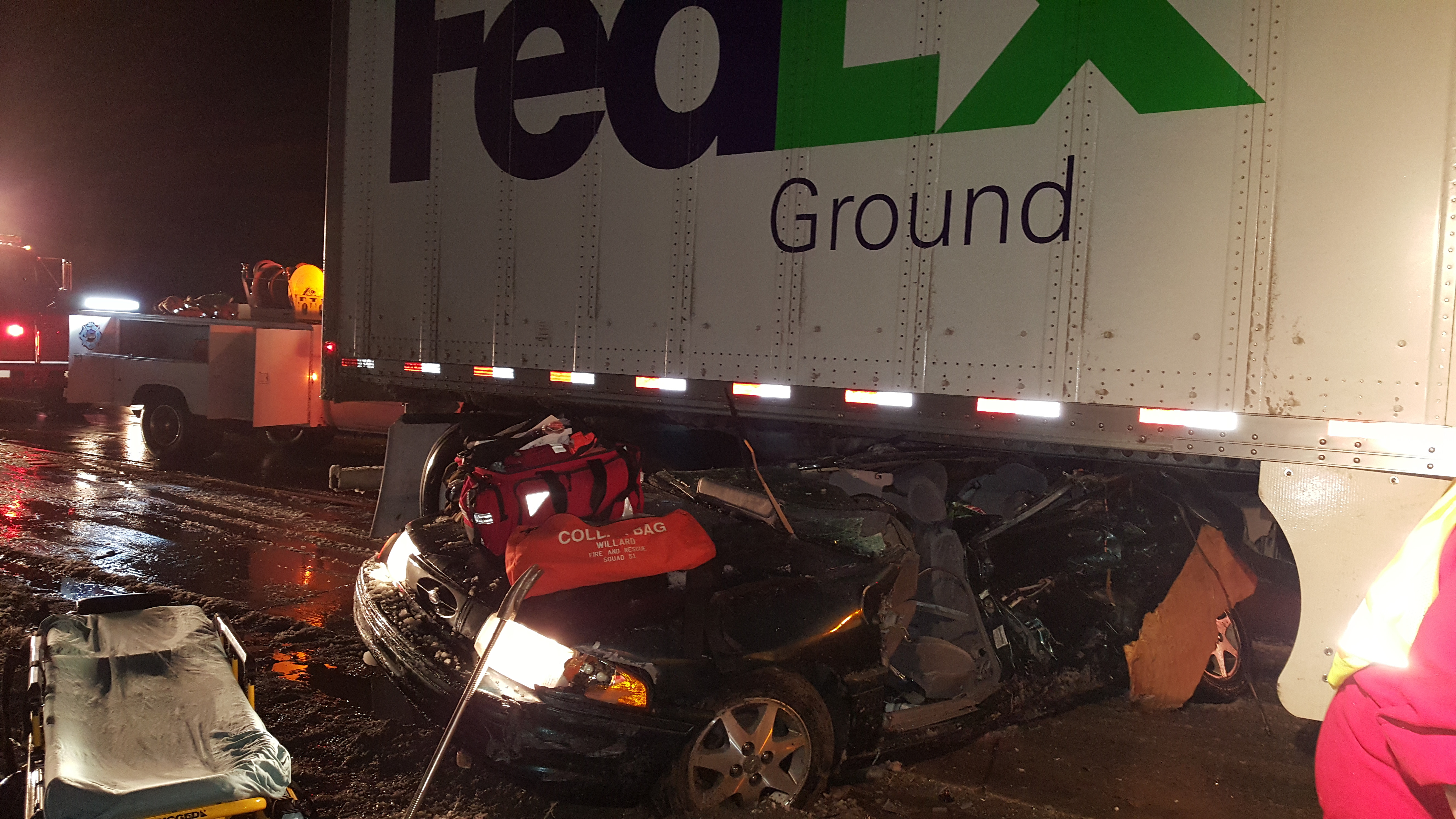 BOX ELDER COUNTY, Utah — A man was killed in a crash on I-15 near Willard Thursday morning after a passenger car lost control in icy conditions and spun out before being struck broadside by a semi-trailer.

According to the Utah Highway Patrol, the crash occurred on I-15 near mile post 355 around 5:20 a.m. Thursday as a passenger vehicle traveled south.

Police say the driver of the car, 28-year-old Austin Taylor of Clarkston, lost control on the icy roadway and spun off the road to the right, where the car struck a cable barrier.

The car spun back onto the roadway after hitting the cable barrier, where it was struck broadside by a FedEx semi hauling a single trailer. The impact sent the car into the median, where it hit a concrete barrier before spinning back into the lanes of travel and lodging underneath the trailer.

Taylor was killed in the crash.