Shirt tucked over woman’s windshield was a ‘random prank’ 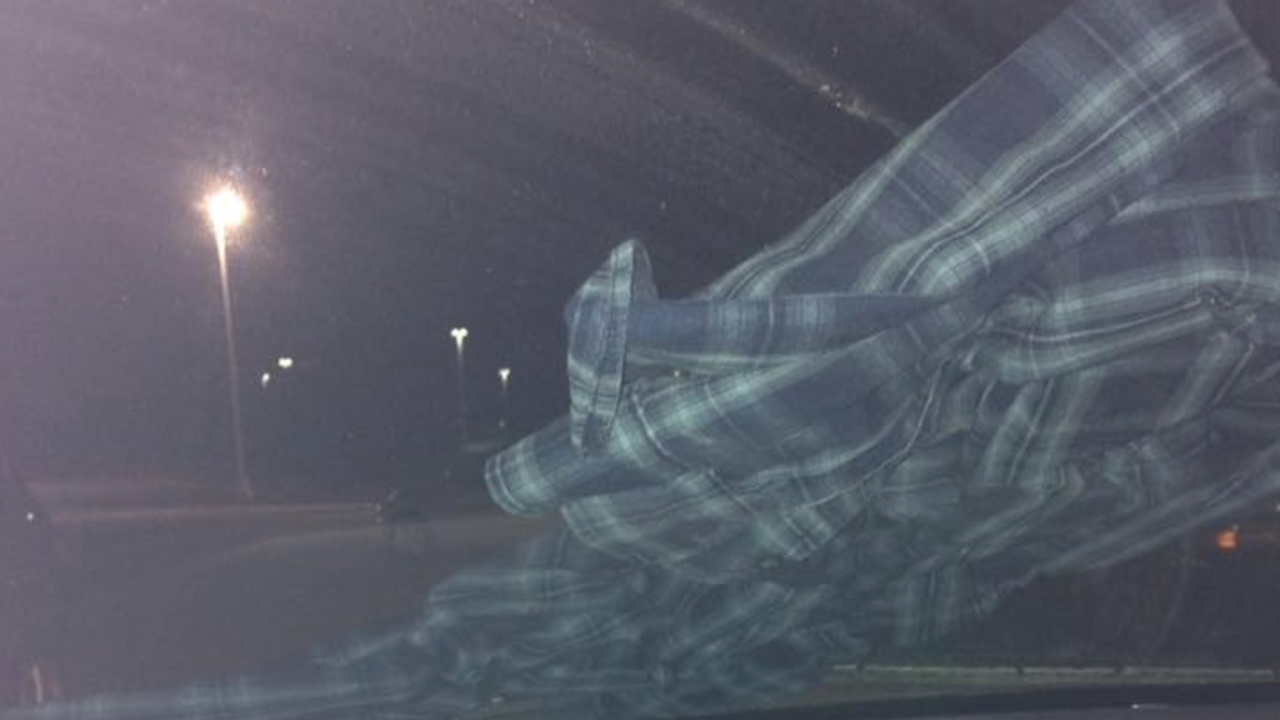 FLINT, Mich. — The 19-year-old woman who posted a Facebook warning after finding a shirt laid over her windshield was the victim of a “random prank,” police say.

On Feb. 16, Ashley Hardacre had just finished working at the Genesee Valley Mall in Flint, Michigan, and walked across the dark parking lot to her car – when she found a blue flannel shirt thrown over her windshield and tucked underneath a windshield wiper.

“There were two cars near me and one was running so I immediately felt uneasy and knew I couldn’t get out to get it off,” Hardacre explained on Facebook. “Luckily, I knew better than to remove the shirt with cars around me so I drove over to a place where I was safe and quickly rolled down my window and got the shirt off.”

She posted about the incident on Facebook and it quickly went viral — collecting more than 100,000 shares. The original post is no longer available.

Flint Township police later made contact with Hardacre and were able to track down two suspects with a vehicle description, according to MLive.

“As a result of these interviews, they admitted to putting the shirt on the vehicle as a random prank,” police said in a statement. “Also, interior video surveillance at the Genesee Valley Center corroborated their presence at the mall.”

Surveillance video showed the men were at the mall and had left more than an hour before she got to her car.

The men have since apologized for their actions and told police they had no idea that the prank could be construed as a human trafficking ploy, the newspaper reports.