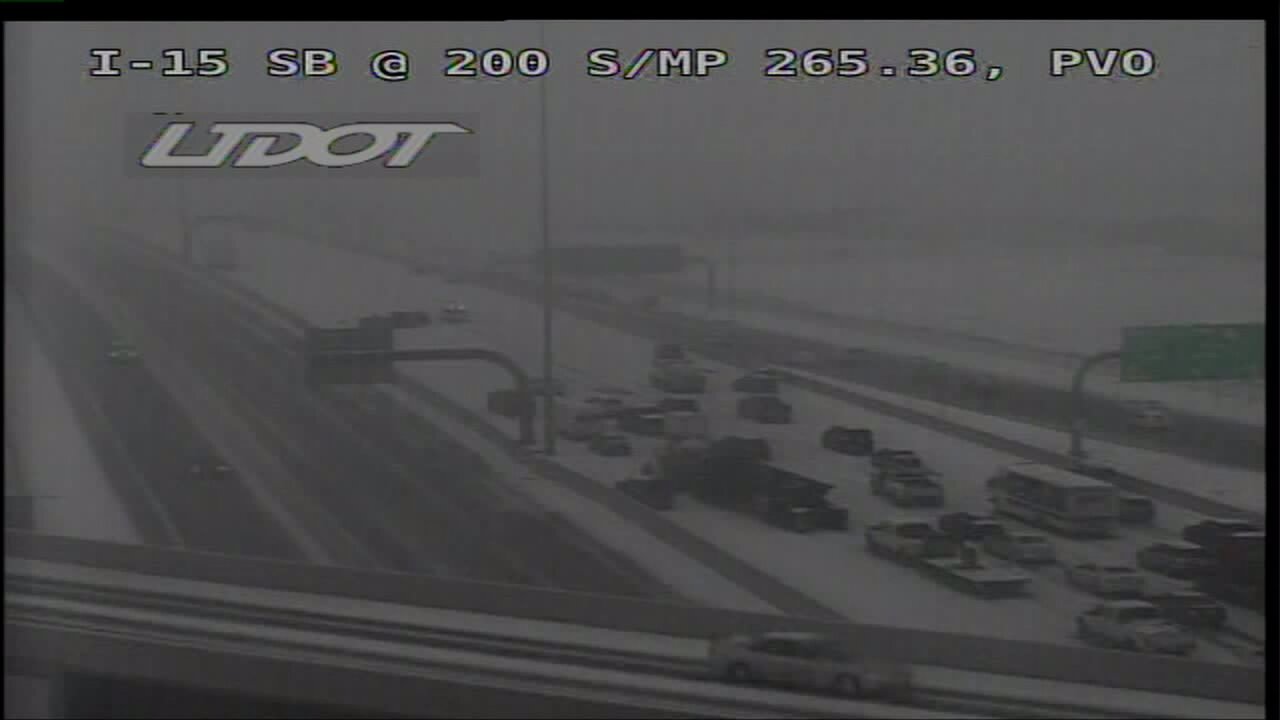 A 17-vehicle pileup in Provo is seen on a Utah Department of Transportation camera.

PROVO, Utah — A crash involving 17 vehicles has blocked traffic on northbound I-15 in Provo.

The pileup forced Utah Highway Patrol officials to close I-15 at mile post 265, near Center St. in Provo.

Due to this crash and another one in Orem, UHP urges drivers to avoid using northbound I-15 in the area. Alternate routes include State St., University Ave. and Geneva Rd.

The heavy snow in the area is believed to have been a factor.