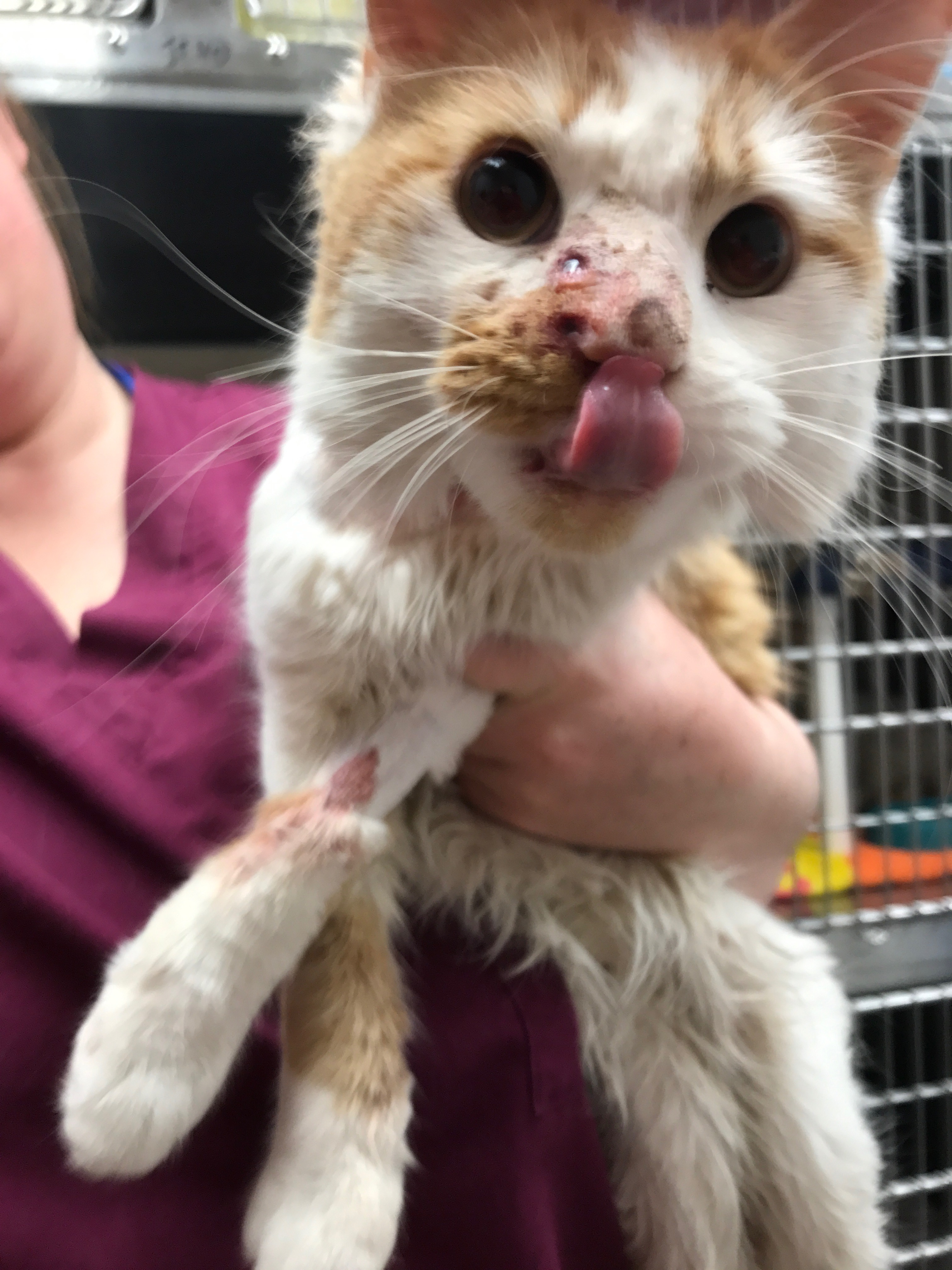 MILLCREEK, Utah — Animal control officers in Millcreek hope someone can help them find those responsible for shooting a cat in the neck and head.

According to Salt Lake County Animal Services, the cat was found Sunday by a homeowner near 1300 E 3500 S.

The 4-year-old orange tabby, who has been nicknamed “Robin Hood” by SLCAS staff, was found with a Crosman pistol bolt lodged in his neck and a pellet from a pellet gun lodged in one of his canine teeth.

“X-rays of the cat show possible bone fragments spread out through his body from the second shot. Veterinarians say the cat was most likely shot several days before he was found by the homeowner,” a statement from SLCAS said.

Despite his injuries, “Robin Hood” survived.

If you have any information that could help animal control officers identify a suspect, call 801-743-7045.