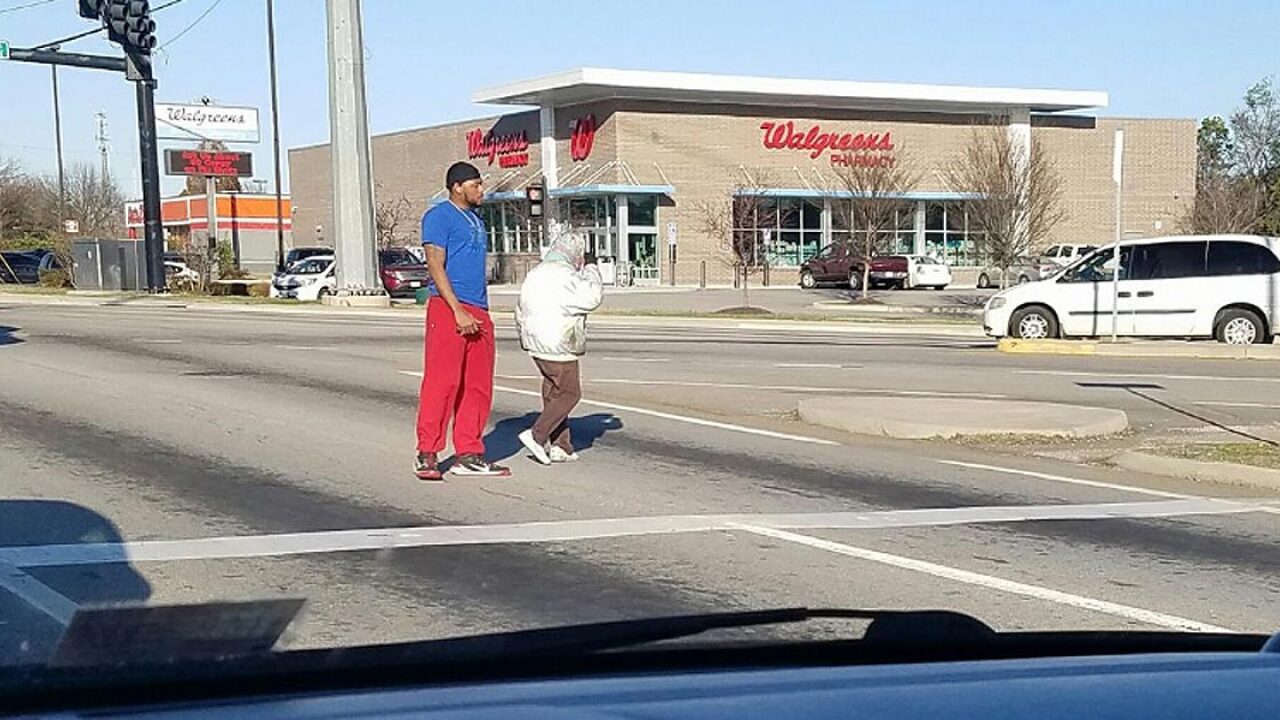 DANVILLE, Va. — A simple act of kindness can go a long way — or across the street in this case.

Amanda Logan was driving on Sunday when she noticed an elderly woman trying to crossing the street.

“Today this elderly lady was trying to cross Piney Forest through moving traffic,” she said in a Facebook post. “She seemed a little confused as cars dodged her coming from McDonald’s.”

Cars were swerving and attempting to go around her. That’s when Brandon Hairston stopped his car, walked into oncoming traffic to stop the cars and helped the woman cross the street.

“It was so nice to see this young man doing an act of kindness,” Logan told WSET. “So I thought it would just be nice to you know make it known. I didn’t know who he was and I just decided at the last moment to snap a picture.”

Facebook I want to share this young man’s kind act. I don’t know who he is and maybe someone here on Facebook knows. Today this elderly lady was trying to cross Piney Forest through moving traffic. She seemed a little confused as cars dodged her coming from McDonald’s. Our light was green and cars were steadily trying to move around her then this young man gets out of his car to help her cross in traffic. We hear so much about the bad in Danville, I thought I would share something good. Good job young man whom ever you are! God bless him!