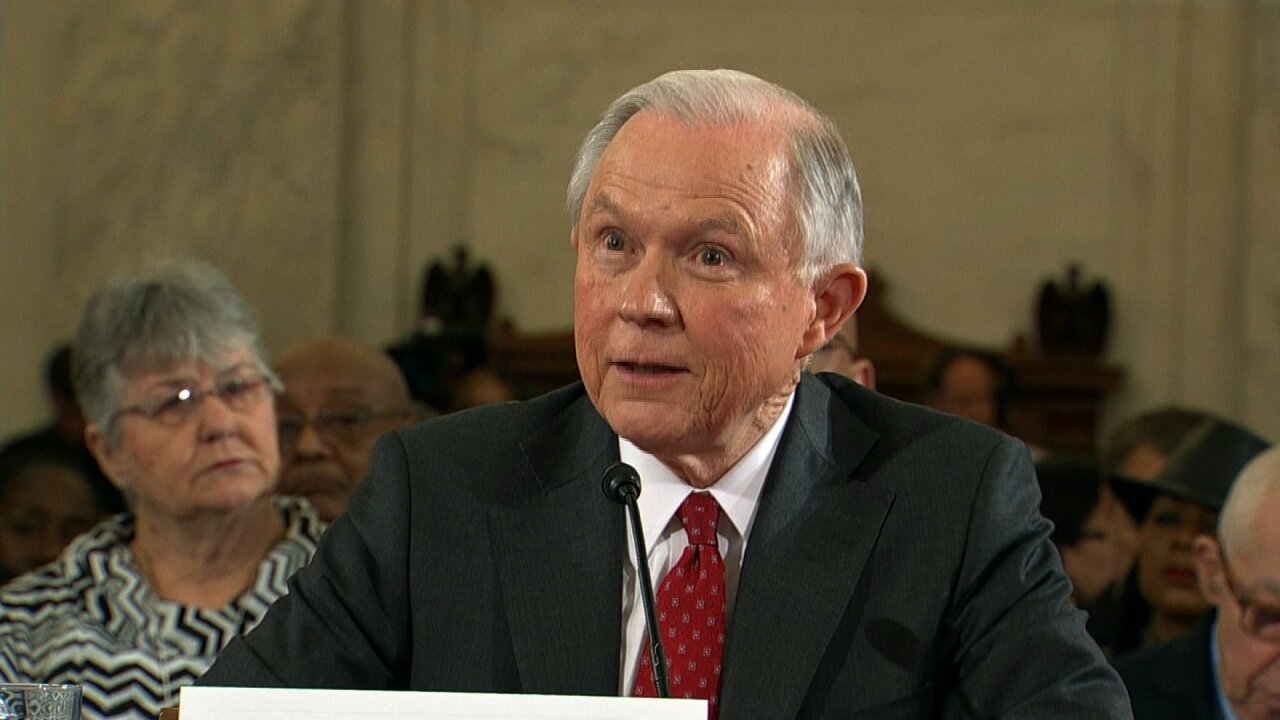 Several Republicans, many of them increasingly uneasy about the implications of the evolving Russian drama, called on Sessions to recuse himself from any involvement in an FBI probe into ties between the Trump campaign and Moscow.

“If he, himself, is the subject of an investigation, of course he would,” said House Speaker Paul Ryan. “But if he’s not, I don’t see any purpose or reason to doing this.”

AG Sessions should clarify his testimony and recuse himself

Rep. Darrell Issa, R-California, said “we need a clear-eyed view of what the Russians actually did so that all Americans can have faith in our institutions.”

“Jeff Sessions is a former colleague and a friend, but I think it would be best for him & for the country to recuse himself from the DOJ Russia probe,” said Sen. Rob Portman, R-Ohio, in a statement.

Democrats, sensing new vulnerabilities for the administration in the widening intrigue over alleged Russian interference in last year’s presidential race, called on Sessions to resign, saying he lied in his Senate confirmation hearing.

The latest fast-moving developments dealt a fresh blow to the White House, abruptly ending President Donald Trump’s victory lap after his well-received address to Congress. They underscored the difficulty the administration has had in shaking off a controversy that has already claimed the scalp of one key Trump campaign aide appointed to a senior White House post — former national security adviser Michael Flynn.

They also deepened questions about the extent to which the President’s key surrogates, of whom Sessions is one, had contacts with Moscow at a time when it was accused of disrupting the US election to help the GOP nominee.

The attacks on Sessions also threatened to complicate the administration’s efforts to stave off calls for an independent inquiry or a special prosecutor to investigate the links between the Trump campaign and Russia.

“(That) the top cop in our country lied under oath to the people is grounds for him to resign,” House Minority Leader Nancy Pelosi told reporters Thursday. “He has proved that he is unqualified and unfit to serve in that position of trust.”

Sessions met on two separate occasions with Russia’s ambassador to Washington, Sergey Kislyak, meetings the Alabama Republican did not disclose during his confirmation.

On Twitter, Massachusetts Democratic Sen. Elizabeth Warren warned that Sessions should never have been confirmed at all, but now there was reason to remove him.

“Now Jeff Sessions is AG — the final say on the law enforcement investigation into ties between the Trump campaign & Russia? What a farce. This is not normal,” she tweeted. “This is not fake news. This is a very real & serious threat to the national security of the United States.”

The Sessions news came after Trump delivered a standard, distraction-free address to a joint session of Congress Tuesday night. Now, instead of talking about the President’s pivot, Democrats have another opportunity to bask in a news cycle where the focus is chaos at the White House.

Ohio Democratic Rep. Tim Ryan told CNN’s “New Day” that Sessions had misled Congress. “It’s pretty clear he lied. He said he was a surrogate and he then went on to say he never had any meetings in any capacity with Russian officials, let alone the top Russian spy in the United States. What the hell is going on here? Why is everybody lying?”

Sessions: ‘This allegation is false’

Sessions strongly denied ever discussing campaign-related issues with anyone from Russia.

“I never met with any Russian officials to discuss issues of the campaign,” he said in a statement. “I have no idea what this allegation is about. It is false.”

Sessions’ spokeswoman Sarah Isgur Flores said there was nothing “misleading about his answer” to Congress because he “was asked during the hearing about communications between Russia and the Trump campaign — not about meetings he took as a senator and a member of the Armed Services Committee.”

“Last year, the senator had over 25 conversations with foreign ambassadors as a senior member of the Armed Services Committee, including the British, Korean, Japanese, Polish, Indian, Chinese, Canadian, Australian, German and Russian ambassadors,” Isgur Flores said in the statement.

A Justice Department official confirmed the meetings, but said Sessions met with the ambassadors “in his capacity as a senator on the Armed Serviced Committee.”

A White House official said: “This is the latest attack against the Trump Administration by partisan Democrats. (Attorney) General Sessions met with the ambassador in an official capacity as a member of the Senate Armed Services Committee, which is entirely consistent with his testimony.”

According to the Justice Department, Sessions met with Kislyak in July on the sidelines of the Republican convention, and in September in his office when Sessions was a member of the Senate Armed Services committee. Sessions, then the junior senator from Alabama, was an early Trump backer and regular surrogate for him as a candidate.

Kislyak is considered by US intelligence to be one of Russia’s top spies and spy-recruiters in Washington, according to current and former senior US government officials.

Kemlin spokesman Dmitri Peskov denied Russia has ever interfered and has no plans to ever interfere in the domestic affairs of other countries, speaking to journalists Wednesday.

When asked for reaction to the characterization of Kislyak as a spy, Peskov said “nobody has heard a single statement from US intelligence agencies’ representatives regarding our ambassador. Again, these are some depersonalized assumptions of the media that are constantly trying to blow this situation out of proportion.”

The Washington Post first reported on Sessions’ meetings with the ambassador.

The House Intelligence Committee signed off this week on a plan to investigate Russia’s alleged interference in the US elections, which includes examining contacts between Trump’s campaign and Russia, and looking into who leaked the details. Democrats have called for an independent investigation.

Minnesota Sen. Al Franken, who asked Sessions about Russia at his confirmation hearing, said if the reports of Sessions’ contacts with Kislyak were true, then Sessions’ response was “at best misleading.”

“It’s clearer than ever now that the attorney general cannot, in good faith, oversee an investigation at the Department of Justice and the FBI of the Trump-Russia connection, and he must recuse himself immediately,” Franken said.

The ranking Democrat on the House Intelligence Committee, Rep. Adam Schiff, also said that Sessions should recuse himself if he didn’t reveal his interactions with the Russian Ambassador last year during his confirmation hearing.

“If it’s true that Sessions failed to disclose his meeting with Kislyak, he must recuse himself. This is not even a close call; it is a must,” he posted on Twitter.

This story will updated if there are new developments.