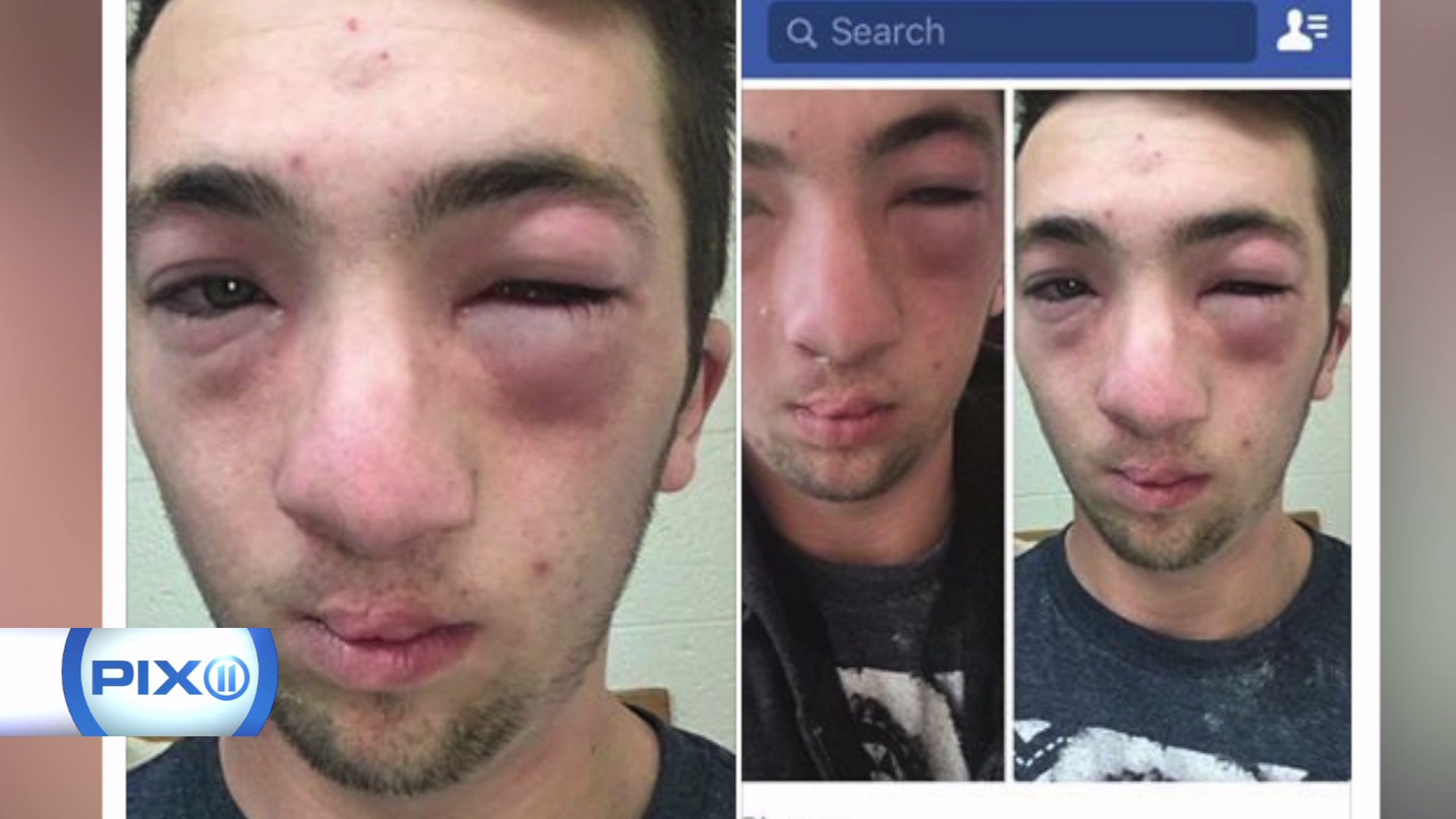 His mom says the student could have died when fraternity members allegedly smeared peanut butter on his face while he was passed out. 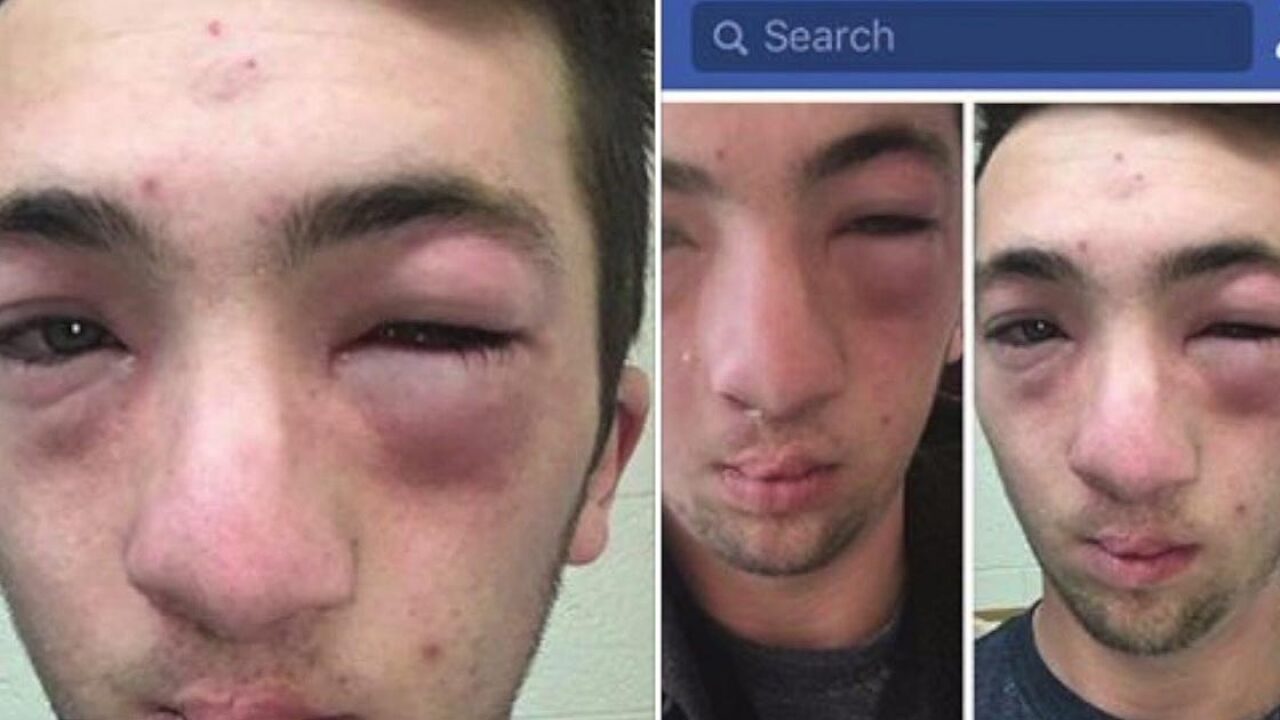 MT. PLEASANT, Mich. - A Michigan mom took to social media after she found out her son may have the victim of hazing at a college fraternity.

Teresa Seely posted on Facebook the now-viral photos of her son with his face severely swollen and one of his eyes nearly closed shut.

She explained that he attends Central Michigan University and in the fall, while he was at the off-campus Alpha Chi Roh fraternity, other members allegedly rubbed peanut butter on his face while he was passed out.

"He has a deadly peanut allergy," Seely wrote. He "could have been killed."

Seely said her 19-year-old son only recently revealed to her what happened and when he did, she went public.

Alpha Chi Rho is not a recognized frat at the university and was shut down in 2011 because of other hazings. Members of the fraternity told WDIV that it was a joke, that the incident was blown out of proportion and that they had no idea Seely's son had a peanut allergy.

"It was just a joke trying to be funny and put it on his face," the student told WDIV. "We didn't know he was allergic. It was just college students being kids."

The students at the house said they offered to pay for the man's medical bills.