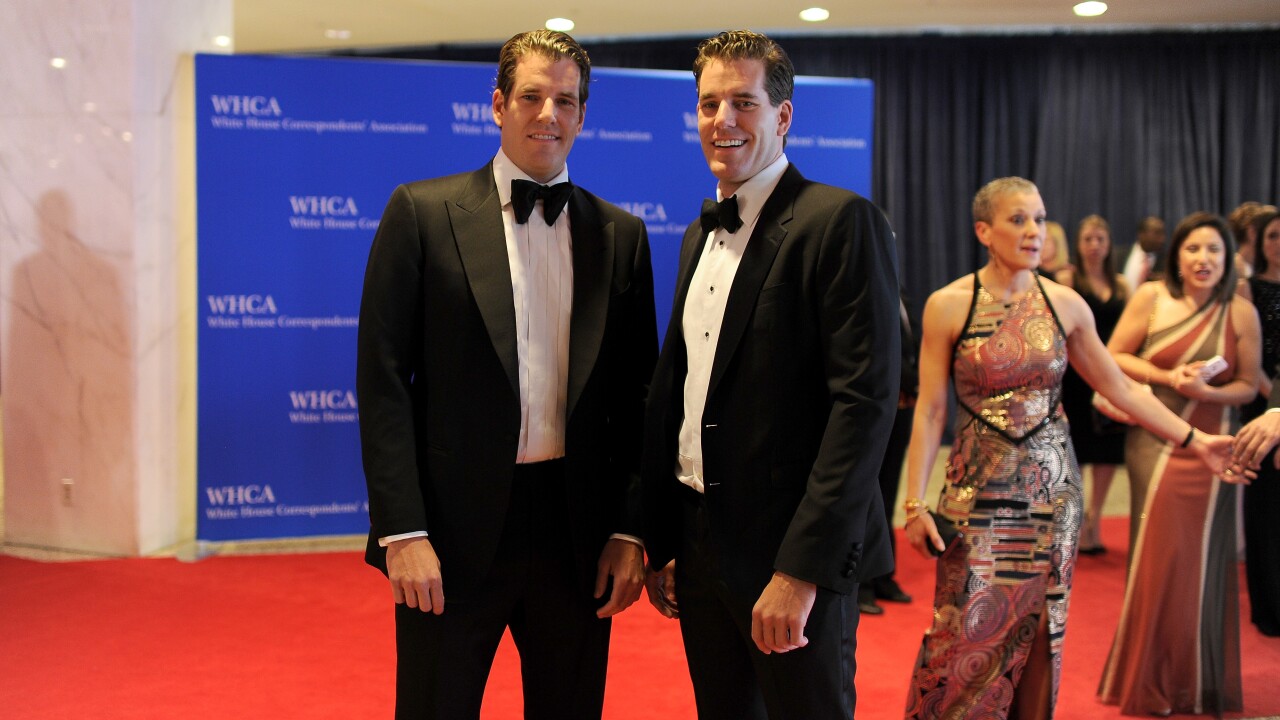 The digital currency bitcoin is now more valuable than gold — and investing in it may soon become a lot simpler.

The value of one bitcoin rose to $1,290 Friday as the value of an ounce of gold sank to $1,228, marking the first time that the e-currency became more valuable than the precious metal.

The cryptocurrency’s surge comes as the U.S. Securities and Exchange Commission (SEC) is considering approving the first bitcoin-based exchange-traded fund (ETF), a type of publicly traded investment fund. Three bitcoin groups — including one run by Cameron and Tyler Winklevoss, the Harvard-educated Olympic rowers best known for accusing Facebook founder Mark Zuckerberg of stealing their idea — have asked for regulatory approval.

The Winklevoss twins met with the SEC on Feb. 14 to discuss the possibility of allowing their Winklevoss Bitcoin Trust to trade on the Bats BZX Exchange, an alternative to the New York Stock Exchange and the Nasdaq.

Bitcoin Investment Trust and SolidX Bitcoin Trust have also petitioned for an ETF and the ability to trade.

If any of the three bitcoin trusts are granted SEC regulatory status, it would open bitcoin up to an abundance of new investors. Currently, anyone who wants to trade bitcoin must open a bitcoin account and trade on specific online bitcoin exchanges. With a publically traded ETF, investors could buy shares more easily through their brokers.

A decision on the Winklevosses’ proposed ETF is expected by Saturday.

Money that doesn’t clutter your wallet

Bitcoin was created in 2009 by a mystery programmer who goes by the alias Satoshi Nakamoto. Instead of offering physical coins or bills, the currency system is all electronic, with a set 21 million bitcoins available.

Bitcoin’s value has surged since its creation. Initially worth mere pennies, the digital currency reached its first peak in late November 2013, hitting $1,000 per bitcoin. Between 2014 and 2016, the currency hovered between about $200 and $800 — before staggering upward to $1000-plus values in 2017.

While bitcoin users have nothing tangible to show, the currency works similarly to U.S. dollars or euros. As of 2015, more than 100,000 merchants around the world accept bitcoin as a form of payment, including Microsoft, Dell and Expedia.

But the difference is, unlike government-issued currency, bitcoin isn’t tied to a specific country, company, or bank. Bitcoin advocates have lauded the decentralization — meaning no one agency has control over it — claiming that the digital money is a great alternative for anyone weary of a central banking system.

In the same vein, supporters insist the money is also “inflation proof”: with a set number of bitcoins in the market, their value won’t decrease due to an increasing supply.

Bitcoin’s steady climb to beat the gold standard began after President Donald Trump’s election — and some think his presidency will make its value surge even higher.

Analysts speculated that Trump’s economic stimulus plans could boot bitcoin’s value up to a whopping $2,100. Experts at Denmark’s Saxo Bank claim that Trump’s plans to increase spending — which would grow the U.S. economy but cause inflation — may prompt people across the world to seek alternative currencies.

“Bitcoin … benefits from this chaos,” the bank wrote in a December report. “Emerging market powers eager to move away from being tied to the monetary policy of the US and the banking system.”

If the SEC approves any of the ETF applications, bitcoin could see another boost: Values are expected to surge if it becomes open to more investors, with about $300 million pouring into the ETF in the first week.

“I’d be very surprised if it did anything but double from whatever levels it is at beforehand,” Spencer Bogart, head of research at venture-capital investor Blockchain Capital, told Bloomberg.